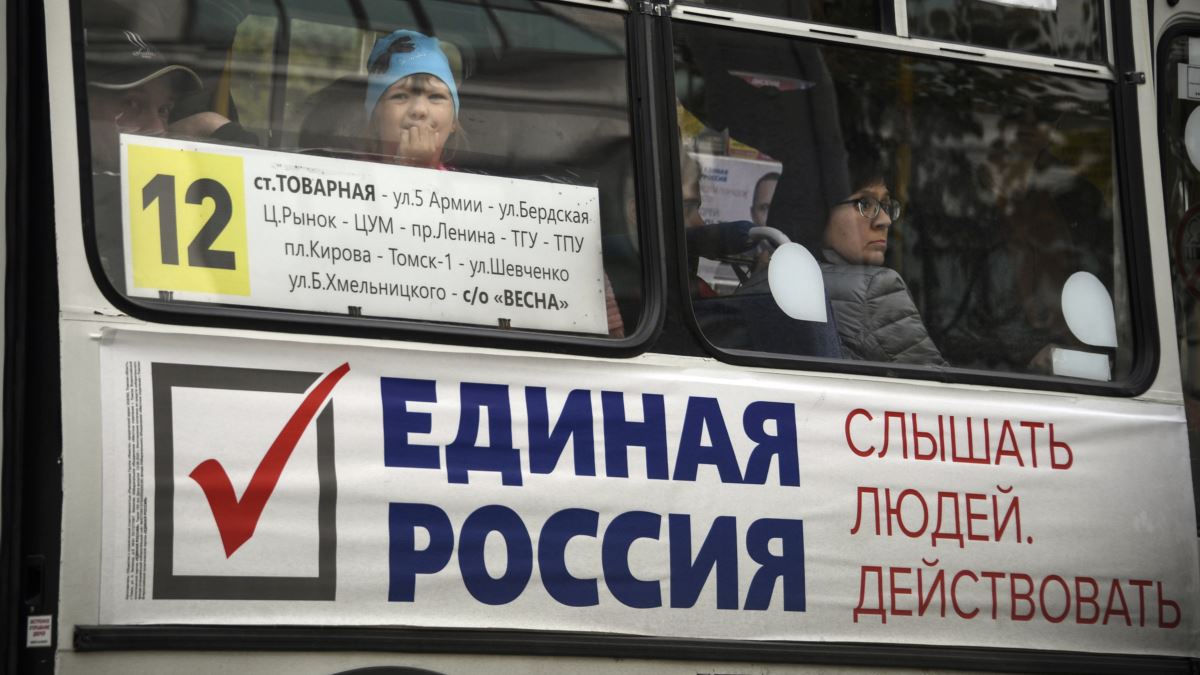 About 35 million voters, some one-third of the national total, are eligible to cast ballots.

As with a recent constitutional referendum that could allow four-term President Vladimir Putin to remain in office for two more terms, monitors from the Organization for Security and Cooperation in Europe (OSCE) were not invited to observe the vote.

As a means of containing the spread of the coronavirus, two days of early voting were held on September 11 and 12. However, Putin’s critics ague that it is part of an effort to falsify the results in favor of United Russia.

The independent election-monitoring group Golos, in a report issued in July, found that lawmakers have “used the epidemiological situation as an excuse to make the electoral system even more opaque and subject to manipulation, including direct falsifications.”

“The current elections are being held under the worst legislative framework of the last 25 years,” the report concluded.

In many regions, the campaigns have been marred by the disqualifications of non-United Russia candidates, attacks on opposition candidates and their campaign workers, and the destruction of campaign materials.

In Novosibirsk on September 8, several workers of the opposition Novosibirsk-2020 movement sought medical treatment after two unidentified men threw a bottle containing an unknown chemical into a room where dozens of people were undergoing election-monitoring training.

Putin’s popularity rating has been in decline for a number of months, particularly in the wake of a Kremlin-driven effort earlier this year to rewrite the constitution in order to make it possible for him to remain in power until 2036.

United Russia is even less popular, with just 31 percent of Russians expressing a willingness to vote for it, according to research by the independent Levada Center polling agency released on September 7.

The party’s image has been battered by its leading role in conducting a controversial national plebiscite on the constitutional revisions, a much-reviled pension reform that raised retirement ages, unanswered allegations of massive corruption at the local and national levels, and public discontent with the economic fallout of the coronavirus pandemic.

The party has not produced a national platform despite holding a near monopoly on political power in the country for more than a decade, and many of its candidates are running nominally as independents to avoid association with the tarnished brand.

‘Nothing New To Offer’

“The party is in total crisis,” Moscow-based political analyst Aleksandr Kynev told the AFP news agency. “It has absolutely nothing new to offer.”

In addition, the elections are being held in the context of weeks of massive protests in the Siberian region of Khabarovsk against the Kremlin’s removal of a popular governor who was elected in a 2018 landslide over a longtime United Russia incumbent; more than a month of protests in neighboring Belarus against a disputed presidential election that gave President Alyaksandr Lukashenka a sixth term; and the August 20 poisoning of liberal opposition leader Aleksei Navalny, who is currently hospitalized in Berlin from the suspected ingestion of a Soviet-developed Novichok nerve toxin.

Navalny and his supporters have developed a system called “smart voting,” which is aimed at undoing United Russia’s stranglehold on political power.

Under the system, voters can enter their address into a special app, which will then give them a list of the candidates deemed most likely to defeat their United Russia rivals regardless of their party affiliation.

“Our strategy is to increase the turnout among protest voters and to make sure those votes are concentrated for a specific candidate and not scattered,” a pro-Navalny campaign worker in Novosibirsk Daniil Markelov told RFE/RL.

In the Irkutsk region, Kremlin-backed incumbent Igor Kobzev is facing a strong challenge from former Federal Security Service officer Mikhail Shchapov of the Communist Party. Kobzev was brought to the region in 2019 after the former Communist governor resigned, reportedly under intense Kremlin pressure.

In the northern Arkhangelsk region, United Russia candidate Aleksandr Tsibulsky is being challenged by former Duma Deputy Irina Chirkova of the nationalist Liberal Democratic Party of Russia. Sentiment against United Russia is running high in the region because of a controversial Moscow-backed proposal to build a huge landfill there. Although both Tsibulsky and Chirkova have publicly opposed the landfill, voters associate the project strongly with United Russia.

Pro-Navalny forces are expecting to make gains in the Siberian city of Tomsk, where Navalny was visiting when he was poisoned before getting onto a flight back to Moscow. United Russia currently holds 32 of the 37 seats in the city council, but Navalny’s strong base of support in the city could be energized to turn out following the attack on their leader.

With reporting by AFP and Meduza