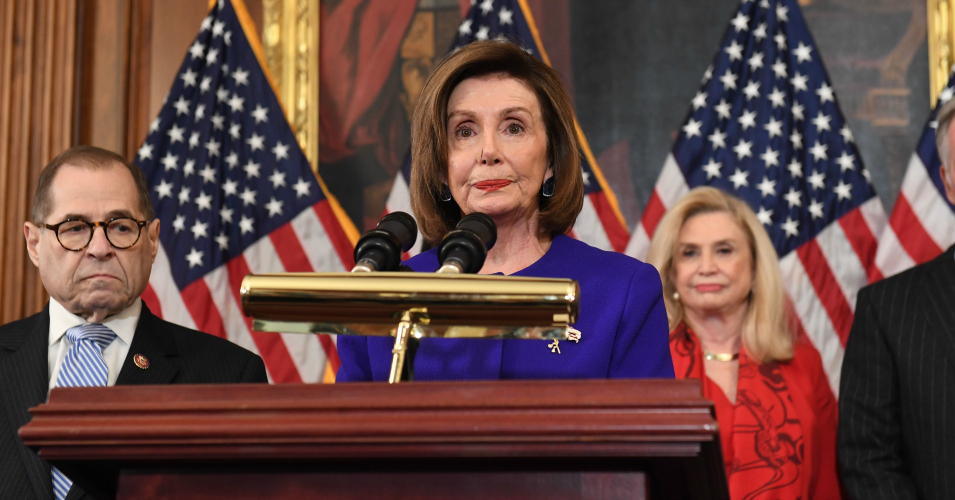 This is a developing news story… Check back for possible updates…

“Our president holds the ultimate public trust,” Nadler, a Democrat from New York, said during a press conference. “When he betrays that trust and puts himself before country, he endangers the Constitution, he endangers our democracy, and he endangers our national security.”

Nadler summarized the two articles of impeachment, which are expected to be released in full later Tuesday:

The first article is for abuse of power. It is an impeachable offense for the president to exercise the powers of his public office to obtain an improper personal benefit while ignoring or injuring the national interest. That is exactly what President Trump did when he solicited and pressured Ukraine to interfere in our 2020 presidential election.

The House Judiciary Committee is expected to vote on the articles of impeachment as early as Thursday.

The two articles came after seven days of House impeachment hearings in which former and current Trump administration officials as well as legal scholars testified under oath about the president’s efforts to pressure the Ukrainian government to investigate former Vice President Joe Biden—among his top political rivals in the current U.S. presidential campaign.

Rep. Adam Schiff (D-Calif.), chairman of the House Intelligence Committee, said Tuesday that Trump’s “continuing abuse of his power has left us no choice.”