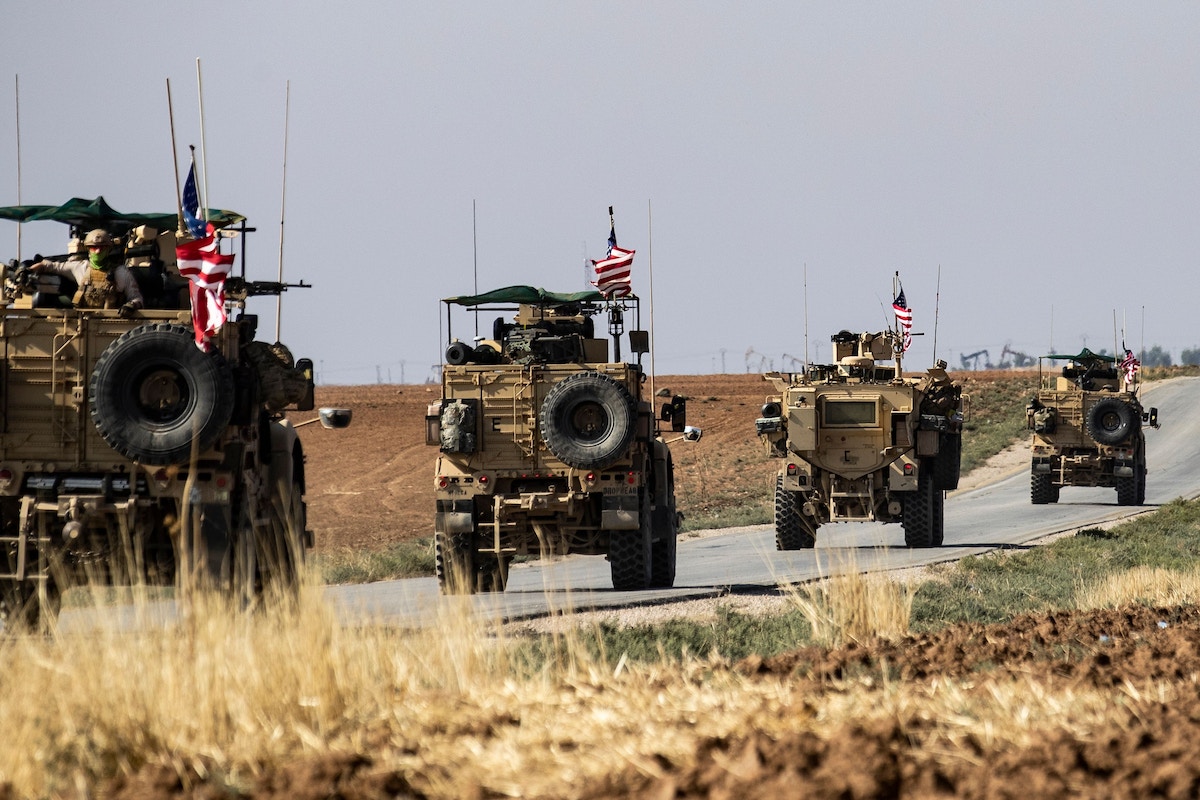 Democratic and Republican lawmakers in Congress’s Armed Services committees released a compromise bill on Monday that would authorize $738 billion in military spending in 2020, a $30 billion increase over 2019. If passed, the bill would formally establish President Donald Trump’s proposed “Space Force” as a sixth armed service and bring total annual Pentagon spending increases under Trump to more than $130 billion.

But Democrats on the left flank of the party argue that the compromise signs away important restrictions on Trump’s war-making powers included in the House version of the bill, where an amendment backed by progressives would have prohibited the Trump administration from using any funds to launch an unauthorized, offensive war against Iran.

The compromise also stripped out a measure long backed by California Democrat Ro Khanna that would have prohibited U.S. military support for the Saudi-led intervention in Yemen and one from New Jersey Democrat Tom Malinowski that would have banned the sale of air-to-ground munitions to Saudi Arabia and the United Arab Emirates.

In a joint statement, presidential candidate Sen. Bernie Sanders and Khanna, who is Sanders’s campaign chair, called the National Defense Authorization Act “a bill of astonishing moral cowardice,” and said that Congress should not pass the compromise version.

“There is no pressing reason for Congress to shower Trump, his Saudi friends, and the Pentagon contractors of the military-industrial complex with this $738 billion taxpayer giveaway right now,” Sanders and Khanna said. “We owe it to the American people to go back to the drawing board.”

Different versions of the NDAA passed the Democratic-controlled House of Representatives and Republican-controlled Senate earlier this year, and for the past three months, members of the Armed Services committees have been negotiating the specifics of the massive policy and funding authorization package.

Most members of Congress consider the NDAA “must-pass” legislation, so members fight to attach their amendments. But the final details were worked out behind closed doors by the committee responsible for reconciling the House and Senate versions.

The top-line spending figure is consistent with a bipartisan budget deal reached earlier this year, and the basic contours of the compromise were reported last week by the Wall Street Journal. In exchange for Republicans getting to formalize Trump’s touted “Space Force,” Democrats will get to add 12 weeks of paid parental leave for all federal employees who have worked in the government for at least a year, not just employees of the Department of Defense who already have that benefit.

In addition, the bill would provide a 3.1 percent pay raise for members of the armed services; strengthen military housing oversight by requiring the services to develop a tenants’ bill of rights; expand visas for Afghans who have helped U.S. forces; and restrict the military’s use of toxic PFAS chemicals on bases, which have been linked to a range of health problems for active-duty personnel.

In a joint statement, Democrats and Republicans on both Armed Services committees said that the bill was a “bipartisan, bicameral agreement” that “puts our troops and America’s security first by continuing to rebuild our military,” and “[cares] for our service members and their families.”

But the omission of the provisions about Saudi Arabia is particularly striking, given that Congress passed similar, bipartisan measures earlier this year — one that would prohibit U.S. support for the Yemen intervention and another that aimed to block Trump’s “emergency” arms sales to the Saudis. Trump vetoed both measures, but because the NDAA contains underlying funding authorization for the Defense Department, it would be much harder for Trump to veto the entire package.

Sen. Jack Reed, the top Democrat on the Senate Armed Services Committee, said he fought for those measures to be included in the final bill, but couldn’t overcome opposition from Republican negotiators.

“In a time of significant discord, this NDAA represents a responsible compromise that strengthens our national defense capabilities,” Reed said in a statement. “There are several environmental and Middle East policy items I fought to the end for, but could not get past staunch Administration and Republican opposition. Those will be back on my list of priorities as we start this process next year.”

Pentagon funding has divided Democrats under Trump. Those on the left, and most Democrats running for president in 2020, have called for overall reductions in military spending. But in Congress, Democrats have continued to support spending packages as Trump’s budget requests for the Pentagon grow larger and larger.

Control of the top-line figures largely rests with the Armed Services committees, whose members are looking to ensure military readiness and so frequently give more weight to Pentagon requests. In addition, the Trump administration and foreign policy community have spent years making the case that massive increases are necessary to support shifting to a strategy of great power competition with China and Russia.

In June 2017, former Defense Secretary James Mattis and former chair of the Joint Chiefs of Staff Gen. Joseph Dunford testified that the Pentagon needed a 3 to 5 percent annual increase in its budget each year until 2023, amounting to tens of billions of dollars a year. Dunford said the increases were necessary to “maintain the competitive level” of the armed forces, but such massive hikes would place U.S. military spending in peacetime at historic levels not seen since the World War II.

Last year, the National Defense Strategy Commission, a group of nonpartisan national security professionals appointed by members of the House and Senate Armed Services committees, released a report echoing the conclusion that “three to five percent annual real growth is indicative of the investment required” to compete with China.

But while progressives have registered a handful of protest votes against past increases, they are now coming out in force to say that such an increase shouldn’t compromise domestic priorities. Mark Pocan, a Democratic representative from Wisconsin and former co-chair of the Congressional Progressive Caucus, said that the 2020 increase was inexcusable while the Trump administration is cutting social programs.

“At the same time that this administration has cut food stamps, Medicaid, and reproductive health services from everyday Americans, this President wants to add more than a hundred billion dollars to continue endless and unauthorized wars,” Pocan said in a statement on Monday night. “This is the definition of government waste.”

The House and Senate are expected to begin voting on the compromise bill as soon as this week.