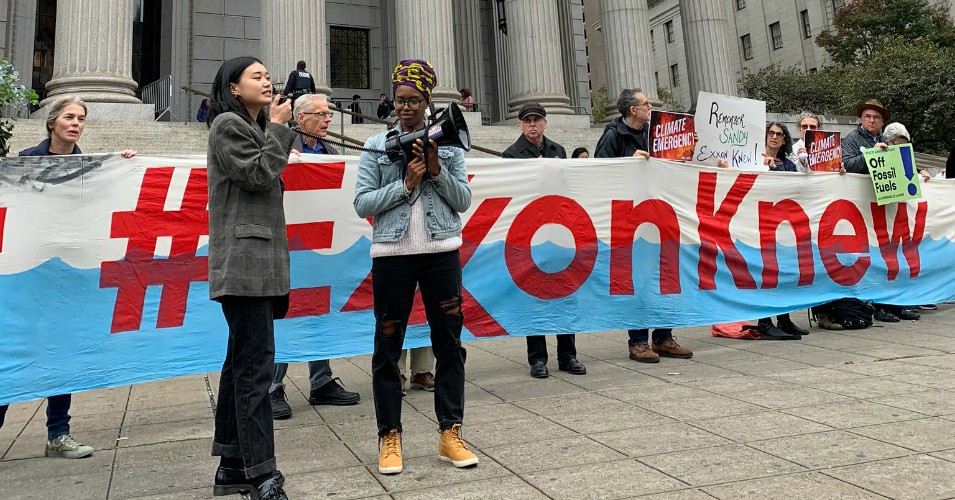 Climate campaigners bemoaned a judge’s ruling in New York on Tuesday which sided with ExxonMobil in a lawsuit that charged the oil giant defrauded investors by concealing for decades what it understood about how carbon pollution was contributing to global warming.

The lawsuit, stated Judge Barry Ostrager of the trial-level state Supreme Court in his ruling, “failed to prove, by a preponderance of the evidence, that ExxonMobil made any material misstatements or omissions about its practices and procedures that misled any reasonable investor.”

The judge further noted that New York State Attorney General Letitia James, in presenting the state’s case, “produced no testimony from any investor who claimed to have been misled by any disclosure, even though the Office of the Attorney General had previously represented it would call such individuals as trial witnesses.”

The lawsuit, People of New York v. ExxonMobil, attracted national and international media attention for being the most high-profile efforts yet to hold the fossil fuel industry to account for misleading the global public about what—and crucially when—it knew about the destructive results of digging up and burning billions and billions of tons of coal, oil, and gas.

Judge Barry Ostrager just ruled in favor of ExxonMobil in the People of NY vs ExxonMobil shareholder fraud lawsuit.

This isn’t the end. The fossil fuel industry must be held liable for the climate crisis. We will keep fighting to #MakeThemPay #ExxonKnewhttps://t.co/ug90eY5p2k

In response to the court’s decision, Dominique Thomas, a New York organizer with 350.org, said that while the ruling was a disappointment it would do nothing to dampen the demands for Exxon to be held accountable for its behavior.

“Despite this ruling, the crucial work to hold the likes of Exxon accountable for climate crimes goes on. This is just the tip of the accountability iceberg,” said Thomas. “We thank Attorney General Tish James for her diligence in fighting to protect New Yorkers from rogue and reckless polluters.”

Thomas’ colleague at 350.org, North America director Tamara Toles O’Laughlin, said that even with the ruling in New York there are numerous other lawsuits now in process also seeking to hold the oil giant accountable for its climate crimes. In a statement, O’Laughlin said:

Dozens of municipalities have announced lawsuits against major oil companies for climate damages, including Honolulu and Maui County in Hawaii; New York City; Baltimore, MD; Boulder County, CO; municipalities across California; the state of Rhode Island. During the course of the New York trial, Massachusetts Attorney General Maura Healey announced the state’s lawsuit against Exxon for investor and consumer fraud. Just this week, an announcement from the Philippines’ Commission on Human Rights opened the door for the world’s biggest fossil fuel companies, including ExxonMobil, to be held responsible for violating human rights.

The number of climate lawsuits will only continue to grow as momentum builds to hold Big Polluters accountable for the damages they continue to cause for communities across the U.S. and around the world.