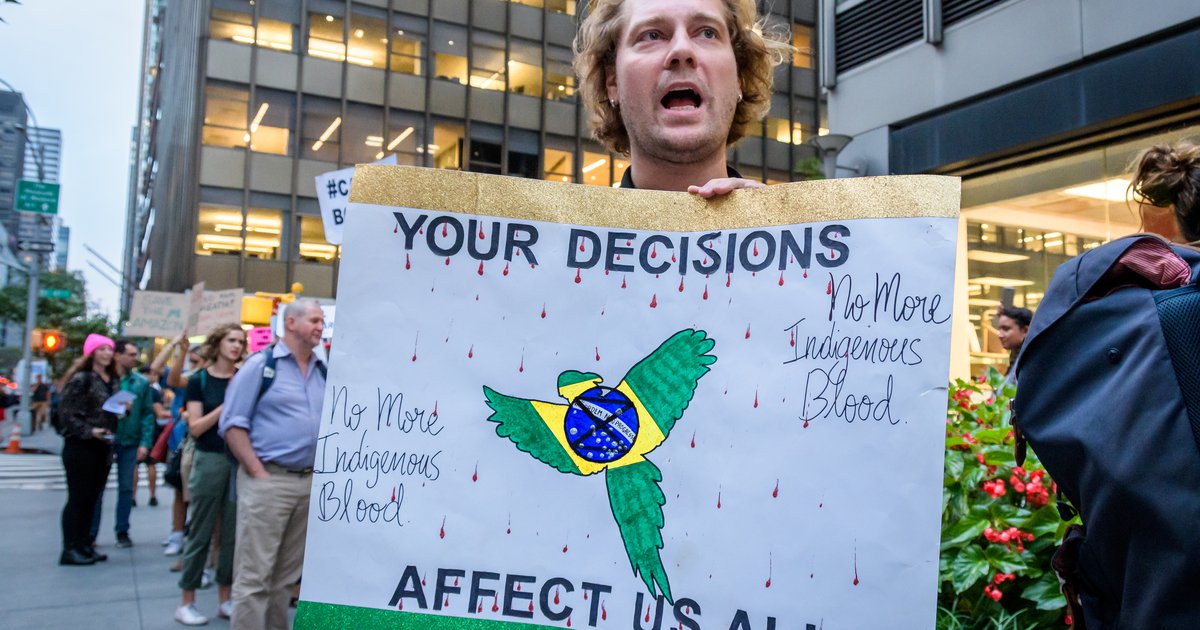 Before sending help to the affected populations, initiating actions to clean up the affected areas, search for survivors and start investigations aimed at finding who is responsible for environmental disasters, the Brazilian authorities try to minimize impacts and disqualify criticism in a clear intention to avoid any responsibility in the disaster.

The criticism to Bolsonaro’s government for not reacting quickly to the environmental crisis has been a constant throughout the country while there is worrying about the dismantling of environmental public policies that were in development. For example, the National Environmental Policy Act of 1981, which is considered a milestone, had structured the national environmental system and had enshrined environmental licenses, but this Government wants to reformulate it without structuring or proposing anything in its place.

This is happening under a scenario in which the Ministry of the Environment and their respective monitoring and control bodies have suffered serious budget cuts which greatly reduces their ability to deal with the environmental disaster correctly. The Minister of the Environment, Ricardo Salles was questioned about the spill and he suggested that the Greenpeace organization could be responsible and accused the previous government.

In the face of the spill, the Special Rapporteur on Economic, Social, Cultural and Environmental Rights urged the government to implement control mechanisms and develop relevant investigations to ensure that the spill does not continue and that the responsible entities are sanctioned. In that sense, it is key to continue pointing out that the right to a healthy environment is recognized by various international human rights instruments as in national constitutions and laws.

Such rights include both the right to live in a healthy environment and the right to have the essentials for the development and well-being of people such as access to drinking water, food and uncontaminated environments. The voices that demand environmental rights must continue to express themselves and the mechanisms created to ensure that they can rise, remain vigilant.

While this oil spill is emerging as the third environmental tragedy of great proportions and impact on the world’s natural balance during the presidency of Jair Bolsonaro, the voice of those facing the task of preserving the environment in Brazil and the Americas are decimating, the most recent loss being that of the indigenous defender Paulo Paulino Guajajara, killed by “illegal loggers”. In that sense, the destruction of nature and the restriction of the right to protect it are intimately and tragically linked.

Unfortunately in Brazil, government speeches that dismiss climate change and the value of nature impact not only public policies and legislative agendas but also the environmental balance and therefore the lives of all of us, even those who do not live in that country.