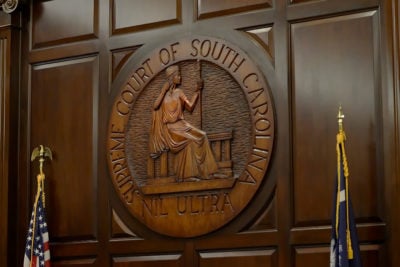 A South Carolina lawmaker is proposing the most sweeping changes in two decades to the state’s magistrate system after an investigation by The Post and Courier and ProPublica exposed how politics and flawed oversight provided fertile ground for incompetence and corruption on the bench.

The legislation filed Wednesday by Sen. Tom Davis, a Beaufort Republican, would bolster the required legal training for magistrates who aren’t lawyers, increase protections for the many criminal defendants who appear before them and add a layer of scrutiny to magistrate appointments — posts that often go to politically connected insiders.

As the news organizations reported last month, South Carolina’s roughly 320 magistrates handle hundreds of thousands of cases each year, but most have never practiced law in their life; to qualify for nomination to the lower courts, applicants need only to earn an undergraduate degree and pass basic competency exams. As a result, these little-watched judges can sentence someone to jail for months or saddle them with thousands of dollars in fines, but have less required training than the state’s barbers or masseuses.

And unlike any other state, South Carolina state senators may hand pick magistrates with almost no oversight from the governor or the state House of Representatives.

That’s allowed controversial candidates to sail through the confirmation process.

Magistrate Mike Pitts, a former state lawmaker and ex-police officer, recently took the bench in Laurens County despite a history of racially charged, anti-immigrant comments — remarks seemingly at odds with the state’s judicial code of conduct, which stresses impartiality and strict avoidance of words or actions that demonstrate bias or prejudice.

And Magistrate Angel Underwood, a former state law enforcement agent, was reappointed in Chester County after a yearlong suspension; the state’s judicial watchdog found that she had failed to disqualify herself in more than 100 cases brought by the sheriff’s department that was run by her husband.

Pitts has not returned phone or email messages. A lawyer for Underwood said the judge declined to answer questions about her conduct.

To win a seat on the bench, those judges needed only the support of a single local senator.

Under Davis’ proposal, House members in each local delegation would be required to vet candidates and sign off on their appointments. That change would bring South Carolina closer to Virginia, which is the only other state in the nation that gives lawmakers the primary duty of selecting judges. Lower court judges there are elected through a full vote in both chambers of the legislature.

In South Carolina, magistrates are confirmed through voice votes in the Senate, where members routinely defer to local delegations.

Davis said his proposal to include House members in the selection process fulfills a need for more debate, and eliminates the practice of senators in sole delegations being the lone authority on who dispenses justice from the bench. In a dozen of the state’s 46 counties, the selection of magistrates lies in the hands of a single senator.

“It’s just not good public policy to have so much power tied up in one individual,” Davis said.

A spokeswoman for South Carolina Supreme Court Chief Justice Donald Beatty said he would not comment on pending legislation. Gov. Henry McMaster, who signs off on all magistrate appointments, would not comment Tuesday without reading Davis’ bill, a spokesman said.

In response to inquiries from The Post and Courier and ProPublica, the governor has pledged to close a loophole in the application process that allows nominees to apply without disclosing prior disciplinary offenses.

On Tuesday, Davis cited the news organizations’ investigation as the catalyst for his bill. “The status quo only gets changed when people demand it and when people see the need to reform,” he said.​

The proposal would also eliminate a loophole allowing magistrates to preside for years despite expired terms; The Post and Courier and ProPublica found that 81 judges — a quarter of the state’s magistrates — are currently in “holdover” status. In addition, the bill adds anti-nepotism provisions, prohibiting the appointment of relatives of lawmakers. Members of the legislature would have to wait two years before seeking a seat on the bench.

“I don’t see anything that’s an obstacle to passing something that would improve our system,” said Rep. Murrell Smith, a Sumter Republican and the House’s chief budget writer.

But the proposal is already running into opposition in the Senate, where appointment power has remained virtually untouched for more than a century.

“I don’t see how adding additional bureaucracy to what is already perceived as a political process carries out the spirit of the improvements that need to be made in the magistrate system,” said Sen. Marlon Kimpson, a Charleston Democrat and member of the Senate’s judiciary committee.

What’s really needed, other lawmakers said, is more open vetting of candidates. Democratic Sen. Dick Harpootlian, a longtime trial lawyer who also sits on the judiciary committee, called for magistrate candidates to be screened by panels appointed by the legislature.

That would be more similar to the state’s process for selecting circuit judges, who preside over all felony and major civil cases. They are screened by a legislative panel in public hearings. “There’d be some transparency,” Harpootlian said.

Either way, Davis insisted the system needs updating from the days when state senators ran their districts like local fiefdoms. “I wish I didn’t have this power,” said Davis, a lawyer who took office in 2009.

But nearly three-quarters of them are not lawyers. Over the years their ranks have included construction workers, pharmacists — even an underwear distributor.

Lawyers and researchers from the ACLU and the National Association of Criminal Defense Lawyers have said that legal errors from magistrates who aren’t lawyers have resulted in punishing consequences for the many low-income people who appear before them.

In Lexington County near Columbia, the ACLU has filed a federal lawsuit, alleging that magistrates who aren’t lawyers are imprisoning indigent defendants in a systematic fashion there. The county denies those claims and the case is ongoing.

The proposal from Davis would add a protection for defendants in similar cases. Separate from a typical appeal, those sentenced to jail by a non-lawyer magistrate would have the right to request a new trial before a lawyer judge.

But Susan Dunn, the ACLU’s legal director in South Carolina, said that change doesn’t go far enough. She called on the state to increase magistrate salaries, providing an incentive for more lawyers to take the bench.

The median salary for full-time magistrates is roughly $77,000, according to data the judges self report to court administration. Pay, however, is calculated by county, based on population. In some rural areas, the judges make less than $50,000.

“We’re trying to run a system of justice on the cheap and there’s a limit to what you can do,” Dunn said.

In addition, magistrates must pass competency exams, multiple-choice tests that require a sixth-grade reading level and include questions such as, “What is the smallest number?”

Lawmakers interviewed Tuesday welcomed Davis’ proposal to broaden educational requirements. The bill would mandate new exams and increase training hours, though the changes would be overseen by the state Supreme Court.

“That they take that test — that is a joke,” said Sen. Katrina Shealy, a Lexington Republican and member of the Senate Judiciary Committee.

Shealy noted the state mandates more hours of training in her profession than what is required of magistrates. She’s an insurance agent.

Joseph Cranney is a reporter based in Columbia, covering state and local government for The Post and Courier. He previously covered government and sports for newspapers in Florida and Pennsylvania.​