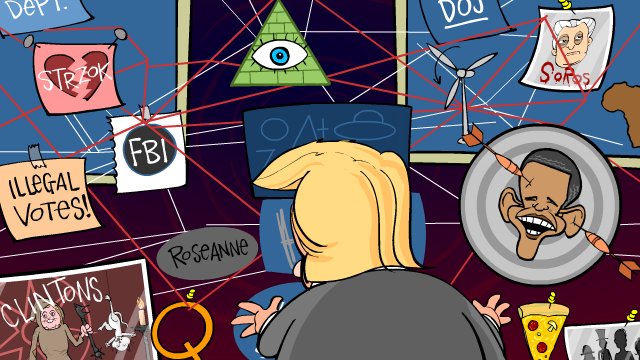 The ongoing effort to prove Republican conspiracy theories is continuing apace. Now, besides just right-wing websites, President Trump and Attorney General Barr are hard at work to convince the world that Obama and his sex-crazed FBI agents “spied” on the president in order to undo the 2016 election.

The uncomfortable fact is that Trump’s own Department of Justice says there was no politically-motivated conspiracy. Sure, some “errors and omissions” were made, but there was reason to start the investigation into the Trump crew’s dealings with Russia. (Note: my support of an investigation into a corrupt president does not mean I endorse a surveillance state.)

Now that Trump’s promised bigger-than-Watergate DOJ inspector general report did not blow the lid off the deep state conspiracy as promised, we’ve got to wait for the next report that will surely exonerate the president, right? In the meantime, Barr will act as Trump’s press agent and maybe another head of the FBI will get fired, who knows?

In the meantime, enjoy the cartoon and be sure to visit me over on Patreon for some behind-the-scenes goodies!