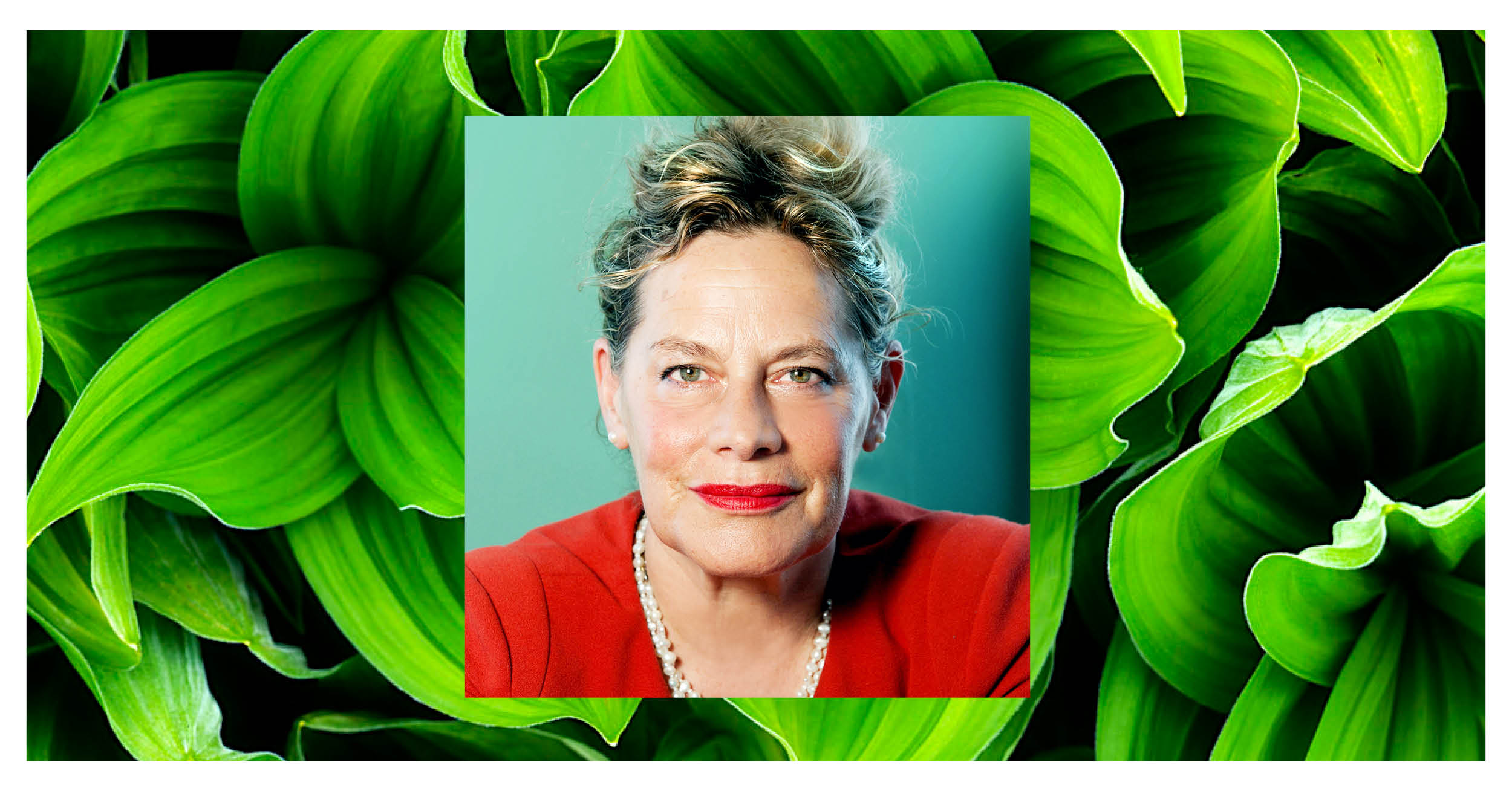 I was interested in the way we tell our own history, our personal history, because I reckon that we probably tell it in our favor, and we would leave out parts of it, from which we know we come out less than well. So for Saul, there are gaps in how he tells his own history and other characters fill in that history so that we have a sort of multiple narration, not just Saul’s, although I don’t want it to look like that.

Exactly. But I have to come to find techniques to bring in other subjectivities to tell his history. I don’t really have a larger technique to announce itself on the page, like, “Tada, here I am.” In a way, my craft is to make those techniques invisible. It was important to me, for Saul, to do a personal history because I was going to braid together a collective history, the history of postwar Europe.

In a small space.

In a small space. So I thought, let’s just start micro and then move macro.

A lot of your novels are on the short side. Why do you think that is?

When I first started writing, my first novel was called Beautiful Mutants, my editor then was the wonderful Frances Coady, who is now an Aragi agent. When she commissioned that book, she said, “Deborah, do you think you’re ever going to write a long book? A long novel?” I said, “You never know.” Actually my novels just get relatively longer, and they are getting longer, but they have to be the length they need to be. So, it’s quite possible to do the epic story—to have an epic psychological stretch and historical stretch—in 200 pages. So I think that whole modernist tradition of really spare economic simple prose is something that works for me.

Much of the book is about surveillance, or this idea of being watched. There’s Jennifer’s photography, and Walter is asked to spy on Saul. It seemed that you were commenting on how, when you’re being watched, the stories you tell are distorted.

Yeah. We really change a bit when we’re watched. Everything changes. Even an object seems to change, the more we look at it. So, it’s called The Man Who Saw Everything. So, the first question would be, who is the man? Would it be Walter, who is having to spy on the man he finds desirable and beautiful to save his own skin in the GDR in 1988? Is it Saul, in which case is the title ironic?

You want it to be open to interpretation.

I do. The title is a bit John Le Carre or a bit Cold War-ish, and I wanted that as well. So, in terms of surveillance and looking and the gaze, I’d thought of the title The Gaze, because it’s used so often, rightly so. Jennifer takes photographs of Saul who is so slippery. He’s got this fear of attachment. The only way that she can capture him is through her photographs. So she’s doing all the looking. I flipped the usual male gaze. Although there’s the man in the title, the gaze is actually female because it’s Jennifer’s gaze on Saul all through the novel. I never once described Jennifer.

We know how she smells, but not how she looks.

Yeah. I’ve never, ever written a novel in which I have not described a character. So, I thought, “How can I bring Jennifer alive if I am doing that?” She’s forbidden Saul to describe her. So, given that it’s usually women who are objectified and sexualized and trivialized, I flipped it. Saul is objectified in a way and sexualized by Jennifer. Saul reports back to us on how that feels.

So, there’s Jennifer’s gaze, and there’s Saul’s gaze, then there is the gaze of Walter—of surveillance in that authoritarian regime. So, The Man Who Saw Everything is looking at the ways we look at each other, you and I, and the ways that the state looks at us.

Do you think that the theme or question of surveillance is especially timely right now?

I wonder. I know there’s a lot written about it. In my book, which is set in 1988 and 2016, so if you like the end of the 20th century and the beginning of the 21st, I think the most effective surveillance technologies are eyes and ears, especially the human eye. The human eye is given some value. What we see and what we don’t see, what we fail to see is the subject. So, that’s how I deal with surveillance.

We’re living in a time of rising nationalism, authoritarian, and patriarchal orders. I’m also looking at a really authoritarian regime in the GDR in 1988, and Saul’s own father who is an authoritarian man. So the GDR was called the Father Land, and Saul’s own father really runs the same regime at home. He doesn’t like the ways in which Saul explores his masculinity because it’s not rigid and fixed. So, everything that Saul encounters in the GDR, he’s already experienced in his own upbringing.

In The Cost of Living, you write about your first forays into writing in the first person. Why was that transition significant to you?

My understanding is that autobiographies are written at the end of your life, and you’re wise and you’re looking back, all of that. I wanted to write a living autobiography in the storm of life, when stuff, big stuff, is happening. So, the first person is a good tense for that. I found that I could really drill down in the first person and get into some quieter feelings, and find a calm voice.

Where is the third person? It’s supposed to be kind of a helicopter flying above the proceedings. It just seemed wrong. But it would be interesting to write a memoir in the third person. Like Annie Ernaux. She wrote a whole biography without using the first person.

And it feels epic in a short space.

Doesn’t it? I think there are lots of innovations in creative non-fiction. I think that’s where the innovations are actually happening. I see that there moreso than in the fiction I’m reading right now.

The lines are being blurred a little bit. Maybe that’s not new, but it’s talked about like it’s new.

Elizabeth Hardwick. There have been innovations going on forever, mostly by women, to be honest. But I think that writing in the first person, and giving it as many dimensions as possible, is where the innovation is happening. Maggie Nelson’s The Argonauts is a really good example.

You write in The Cost of Living about the virtues of chaos, or how you might seek out chaos as opposed to more controlled or normative life choices. Do you find that valuing chaos is something that’s reflected in your writing, and your stylistic choices as a writer?

In The Cost of Living, my point is that chaos is good for discovering what you really want and what you don’t want. Then, you make some order. Chaos and order are twins. They’re not identical twins, but maybe one’s born three seconds before the other.

I begin, as all writers do, then sometimes I depart from the mark. That’s usually when a character speaks back to me. It was like I had been given a moment. I take that moment, and something exciting happens. I discover things on the way, stuff I didn’t know I knew, a light in a dark room. And you keep on with the draft, and the light becomes a little brighter, and brighter, then you get startled. Startled by what’s real.

That’s a lucky strike. That’s a good day. But I don’t want to make that mysterious either, because so much of writing is about stamina. It’s about the appetite for solitude, and being able to be alone with your own thoughts. Appetite for rewriting, because as the form begins to reveal itself, the blast is so huge for the writer. That’s what keeps me going.

I read an essay recently about all the different engines for a story, so plot, character, voice, mood, that kind of thing. I find that images seem to be really important in your writing.

I always think very cinematically when I write. I have to see my characters. How they open their eyes, close their eyes, stand up, how they walk, how they breathe. Maybe because of my theater training. I started off as a playwright.

What are some of your favorite ways to communicate besides words?

Walking arm in arm with someone on a Sunday.

How do you typically begin to work on a story or a novel or a play, or whatever it is that you’re working on?

I usually have a question. There’s usually a question that I’ve asked myself, and I can’t answer. The writing is the way that I begin to find many answers to that question. On the whole, if we ask ourselves interesting questions as writers, we will have interesting answers.

What was the question for this book?

For The Man Who Saw Everything, there are so many.

What do you do when you feel creatively stuck?

I go for swim. I’m a swimmer. I like to swim every day. Swim, stretch the body. I don’t think of anything very much. I like to swim under water. It’s such a drag to come up.

How did you figure out how to make a living through your creative work?

I really had my first commercial success after 25 years of writing. So, don’t hold me up as a model. It took a while. Like every writer, I duck and dive. I did some journalism. I did some teaching. Actually, when I first left college, in London, there was a cabaret scene that was emerging, that paid quite well. Everybody who had enough training was keen to get in. Myself and a student wrote a lot of material that was a cross between poetry and monologue. With trembling hands, we used to hold these sheets of paper and begin. Then we got a little less trembly, and that really worked out for us.