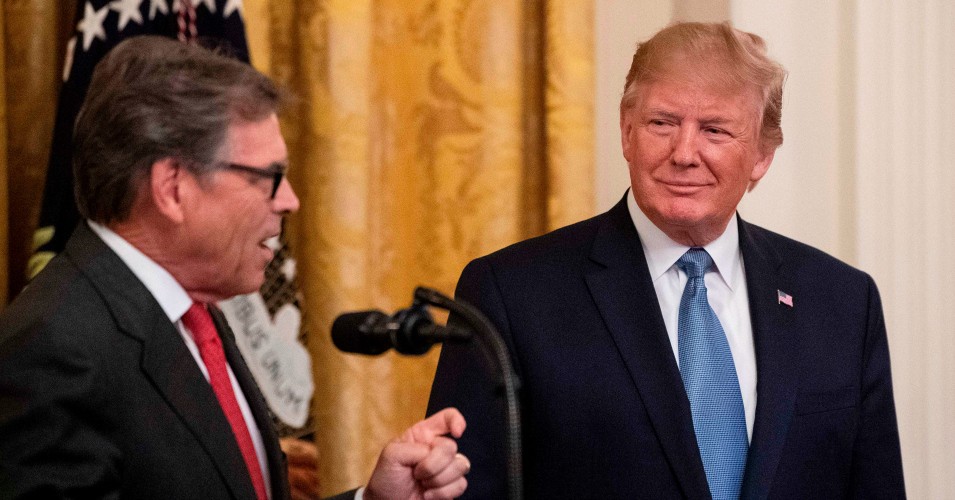 I am a great & sublime fool. But then I am God’s fool, & all His works must be contemplated with respect.

It all made sense thanks to a simple trumpian tweet. At first glance it had seemed to be just another in the never-ending tweet storm inflicted on the country by the boy in the Oval Office. Placed in the proper context, however, it makes perfect sense.

It started on August 24, 2019, with a proclamation that caused surprise in some, astonishment in others, and cries of jubilation from yet others. It began when the trump was answering questions from reporters about the trade war with China. Without warning, he suddenly turned his gaze heavenward and proclaimed: “I am the chosen one.” Although his innate modesty caused him a few days later to tweet that he was “kidding, being sarcastic, and just having fun,” his modesty was soon for naught when Rick Perry, the outgoing Energy Secretary, confirmed the trump’s proclamation. Mr. Perry was not being sarcastic and “just having fun.” He was being dead serious.

In an interview on Fox News, the Secretary said he believed the trump was chosen by God to lead the country. Acknowledging something virtually all democrats, and perhaps a handful of Republicans such as Mr. Perry are aware, Mr. Perry said that the trump is not perfect. He said: “God’s used imperfect people all through history. King David wasn’t perfect. Saul wasn’t perfect. Solomon wasn’t perfect.”

Not content to make that proclamation on Fox News, Mr. Perry said that he had personally said the exact same thing to the president. He told him: “Mr. President . . . you are here in this time because God ordained you.”

For my insights into the comparison between King David and the trump, I am indebted to Msgr. Charles Pope who has written regularly for the Catholic Registry, publishes on the internet and has travelled widely lecturing on matters liturgical. He was, of course, not drawing parallels between the trump and King David, since his writing, on which I am relying, was published in 2012, long before the trump was on the scene.

In a piece published in 2012 entitled “David, A Great King, Yet with a Critical flaw. What is the Lesson for us Today?” he describes David in a way that immediately causes the reader to think of the trump. David, like the trump, liked women. Instead of bragging about how he could grab women by their private parts whenever he wanted, as the trump did, David simply married them. He had at least eight wives and, according to Msgr Pope, probably more. In addition, notwithstanding his many wives, David had Uriah the Hittite killed so that he could marry Uriah’s wife, Bathsheba. According to Msgr. Pope, David eventually felt bad about what he had done and to do penance as it were, wrote Psalm 51 known as the Miserere.

Mr. Perry gave further solace by observing that David was not the only king, who like the trump, had serious flaws. David’s son, Solomon was another. King Solomon, like his dad and like the trump, also liked women. In the Bible, 1 Kings chapter 11, the author says that Solomon had 700 wives, princesses and 300 concubines. Those sorts of statistics would, if known by the trump, infuse him with a sense of envy that might well cause him to collapse in a jealous rage because of the injustice of the Lord dealing him such a lousy hand that all he had were several wives (not even in the dozens), and many, but probably not hundreds of occasional sexual encounters.

The pronouncements from Mr. Perry explaining that trump is the “chosen one,” helped me understand the recent tweet by the trump. It was designed by the trump to show that he was more than a mere mortal like those over whom he proudly rules. Since it is now uniformly recognized, not only by the trump but by his thousands of evangelical followers, that he is God’s chosen one, the trump realized that he is deserving of more than the hundreds of thousands of pictures that have been taken of him since his ascendancy. He needs a portrait that properly glorifies him. And thus, his tweet.