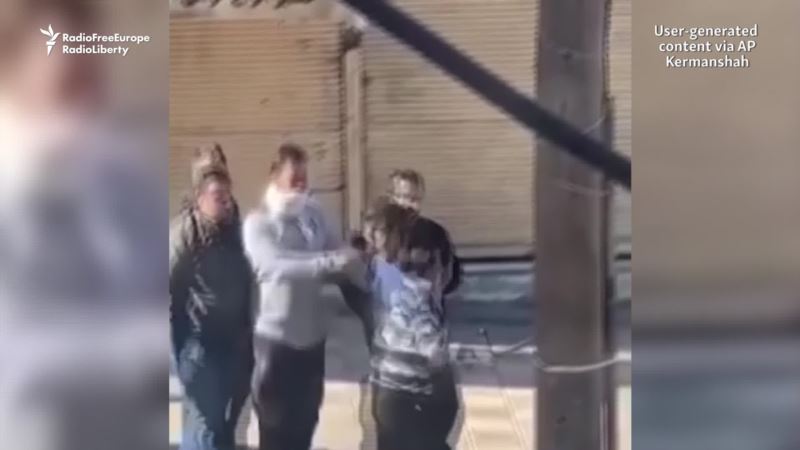 In a statement published on December 16, the London-based human rights watchdog said the authorities were carrying out a “vicious crackdown,” arresting thousands of protesters, journalists, human rights defenders, and students to “stop them from speaking out about Iran’s ruthless repression.”

“Harrowing testimony from eyewitnesses suggests that, almost immediately after the Iranian authorities massacred hundreds of those participating in nationwide protests, they went on to orchestrate a wide-scale clampdown,” according to the group’s Middle East and North Africa research director, Philip Luther.

The protests broke out in mid-November after the government announced it was raising fuel prices amid biting U.S. sanctions.

Amnesty International cited “independent sources” as saying that a month after the several days of unrest, “security forces are still carrying out raids across the country to arrest people in their homes and places of work.”

“Children as young as 15 have been detained alongside adults, including in Fashafouyeh prison, Tehran Province, which is notorious for torture and other ill-treatment. Other places where detainees have been held are military barracks and schools,” the statement said.

It said that with dozens held in “incommunicado detention” and others in “conditions amounting to enforced disappearance,” some detention centers face “severe overcrowding.”

Amnesty said that it verified footage, backed up by witness testimony, showing “Iranian security forces opening fire on unarmed protesters who did not pose any imminent risk.”

The group had earlier estimated that the crackdown against protests that hit some 100 cities and towns following the announcement of a sharp hike in gas prices had claimed the lives of 208 people.

Iranian officials have dismissed such figures as “lies.”

The United Nations has said it had information suggesting that at least 12 children are among those killed.

Amnesty International said they include a 15-year-old teenager who was shot in the heart in Shiraz, Fars Province, and a 17-year-old who was killed in Shahriar, Tehran Province.

Luther urged Iranian authorities to “urgently and unconditionally release all those who have been arbitrarily detained” instead of “continuing with this brutal campaign of repression.”

He called on the international community to apply urgent pressure, without which “thousands will remain at risk of torture and other ill-treatment.”

The UN Human Rights Council should hold a special session on Iran “to mandate an inquiry into the unlawful killings of protesters, horrifying wave of arrests, enforced disappearances, and torture of detainees,” according to Luther.