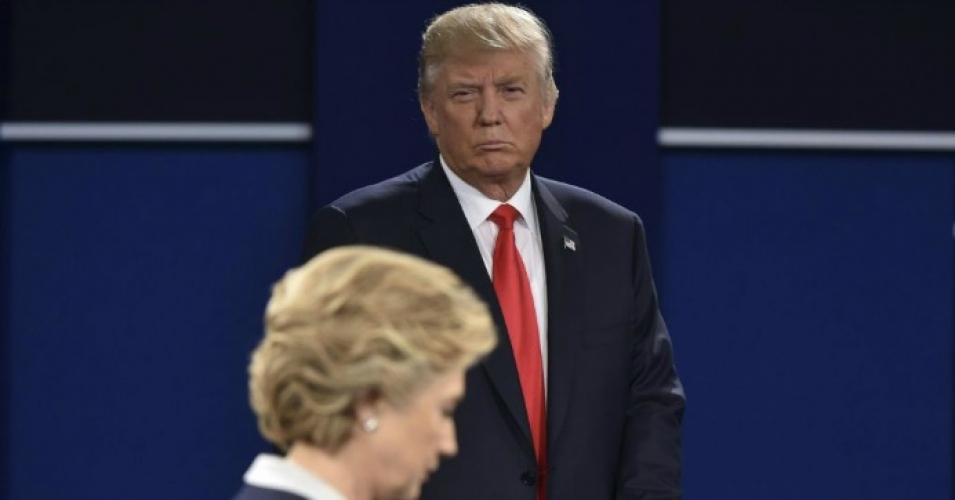 President Donald Trump intensified speculation that he will either not participate in next year’s presidential debates with his Democratic opponent or will try to assert control over the process after he tweeted Monday morning his distrust of the Commission on Presidential Debates and openly claimed the “debates are up to me.”

The non-partisan Commission on Presidential Debates (CPD) is a nonprofit corporation established in 1987 by the two major parties in the United States, but Trump has repeatedly said he does not trust it after he scored poorly during the 2016 campaign and claimed he was a victim of sabotage after a bad microphone at one debate against Democratic rival Hillary Clinton malfunctioned. If Trump chose not to debate the Democratic nominee, it would be unprecedented since the commission was began orchestrating them in 1988.

Last week, however, the New York Times reported—citing people familiar with talks between Trump and his top advisors—that the president was not committed to participating in the commission’s debates.

So far, the commission has set four debates for the 2020 general election—three with the presidential candidates and one vice presidential debate.

In a three-tweet series on Monday, Trump said he looks forward to debating “whoever the lucky person is who stumbles across the finish line in the little watched Do Nothing Democrat Debates,” but then derided the CPD as being “stacked with Trump Haters & Never Trumpers.”

The president—who faces the prospect of being impeached by the U.S. House of Representatives this week for high crimes and misdemeanors—then bragged: “My record is so good on the Economy and all else, including debating, that perhaps I would consider more than 3 debates.”

Trump added: “As President, the debates are up to me, and there are many options, including doing them directly & avoiding the nasty politics of this very biased Commission.” The president added that he would “make a decision at an appropriate time but in the meantime, the Commission on Presidential Debates is NOT authorized to speak for me (or R’s)!”

With the CPD a registered 501c3 non-profit it is not clear at all what authority Trump would have over its operations or the processes surrounding next year’s debates.

Asked to respond to Trump’s latest comments, the CPD emailed a statement to Common Dreams.