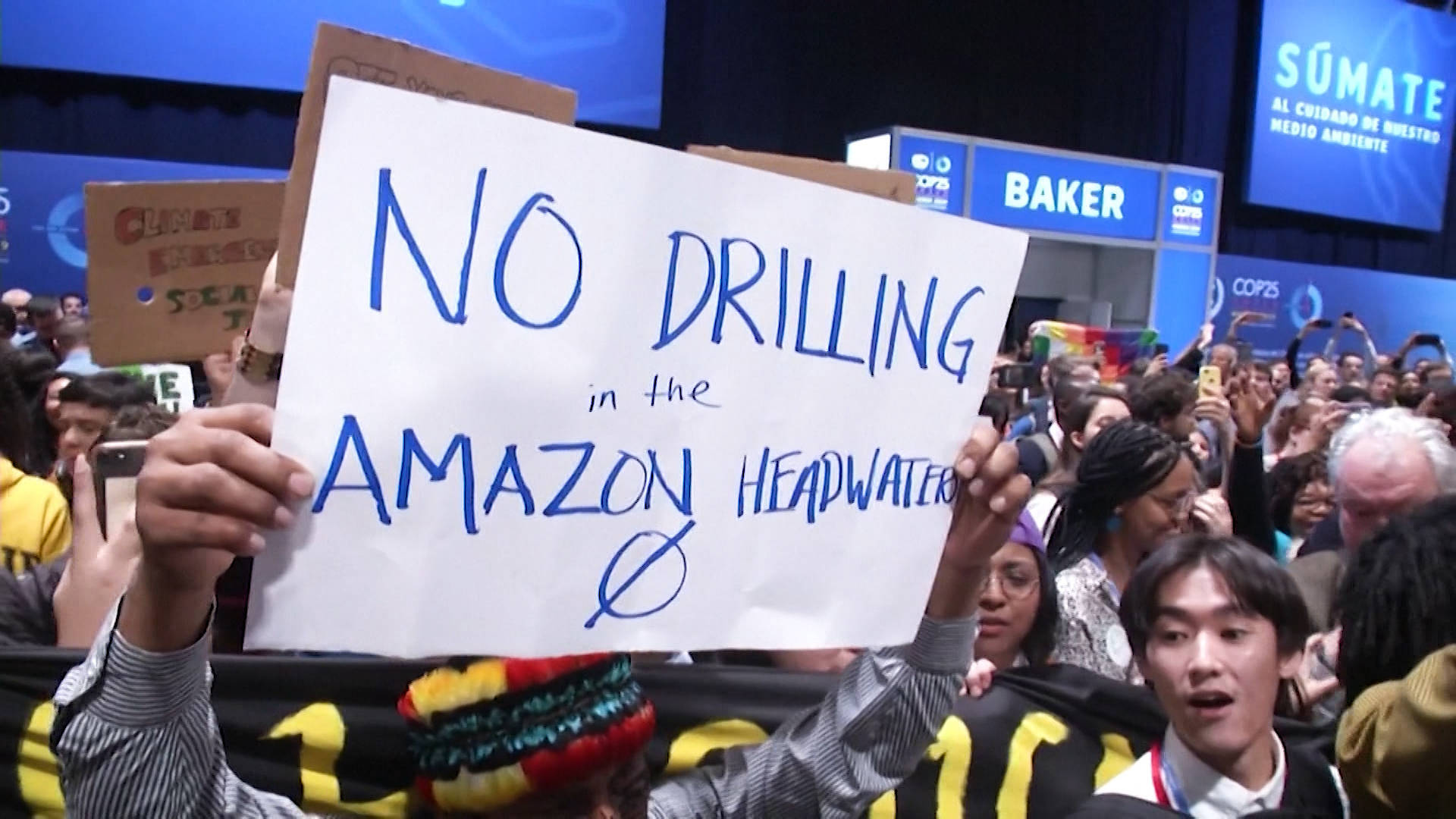 The COP25 United Nations climate summit ended in failure Sunday, after negotiators failed to agree to a deal that would limit global warming to 1.5 degrees Celsius above pre-industrial levels — a key goal of the Paris Agreement. Scores of civil society groups condemned governments in the European Union, Australia, Canada and the U.S. for a deal that requires far less action than needed to avert catastrophic climate change. Indigenous leaders and environmentalists blasted the United Nations for marginalizing civil society groups over two weeks of negotiations at the climate summit, while welcoming polluters. For more on the outcome of the U.N. climate summit, we speak with Asad Rehman, executive director of War on Want, and Tasneem Essop, executive director of the Climate Action Network International.