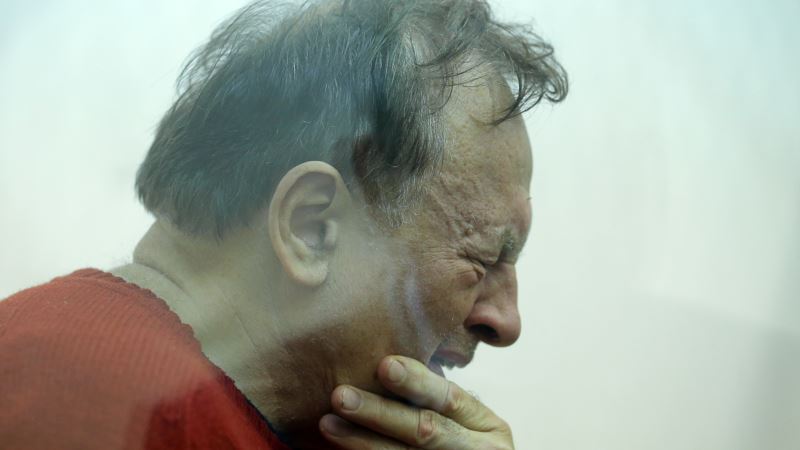 ST. PETERSBURG, Russia — A court in St. Petersburg has rejected a motion by the lawyers of a noted Russian historian who confessed to killing and dismembering his student and girlfriend to transfer him to house arrest.

The St. Petersburg City Court on December 16 ruled that Oleg Sokolov must remain in a pretrial detention center as he awaits investigation of the case.

Sokolov’s lawyer, Aleksandr Pochuyev, said at the hearing that although his client “considers that he deserves a harsh punishment,” his 85-year-old father is in poor health and “needs support” from his son.

Pochuyev also said that Sokolov is currently working on scientific research, which he used to work on along with his victim, Anastasia Yeshchenko, and that his client had shown remorse by offering apologies to Yeshchenko’s family via the media and directly to her brother.

The 63-year-old historian, who was once awarded France’s Legion Of Honor for his research into military leader Napoleon Bonaparte, was detained on November 9 after being pulled out of the Moika River with a backpack containing the severed body parts of a young woman.

Investigators later found the woman’s head in his apartment.

On November 11, Sokolov admitted in court that he killed and dismembered his former student and lover Yeshchenko, who was a 24-year-old postgraduate student.

The court has ordered that Sokolov be held in pretrial detention for two months while the investigation is carried out.