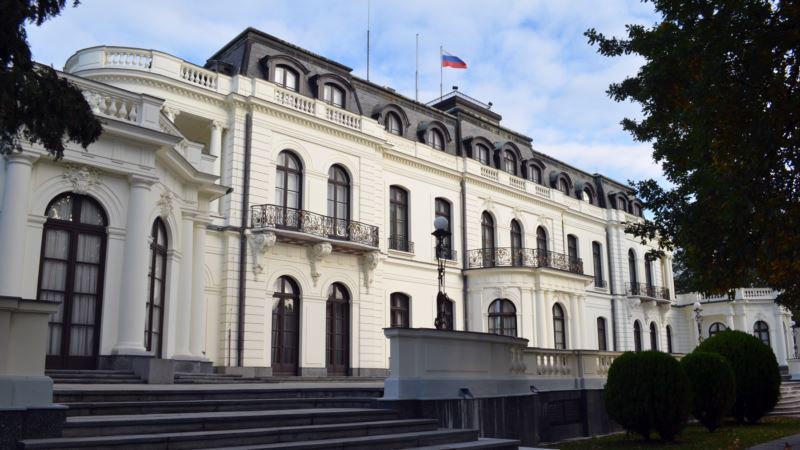 Czech authorities have deported four foreigners who were residing in houses used by the Russian embassy in Prague, local media reported on December 16.

Police said the four were arrested last week. They were not accredited Russian diplomats and were living in the country without residence permits. The embassy allegedly broke the law by not reporting the foreigners to the police.

Their nationalities were not disclosed, and the deported people were banned from entering the country for periods of one to four years.

Czech media outlet Denik N reported that Russian embassy employee Mikhail Sarukhanov may be fined for the infraction, as well as other diplomatic personnel.

“Compliance with Czech laws should apply to all,” Czech Foreign Minister Tomas Petricek said on December 16.

In March, the Czech Foreign Ministry summoned Russian Ambassador to the Czech Republic Aleksandr Zmeievsky to draw attention to the diplomatic mission’s practice of renting out living space intended for diplomatic personnel to third persons and entities.

According to a report published by Denik N, the Russian embassy leases four buildings consisting of nearly 200 apartments from the Czech state on a long-term basis. People not only live in them, but also companies of citizens of Russia and other post-Soviet countries are registered at the addresses.