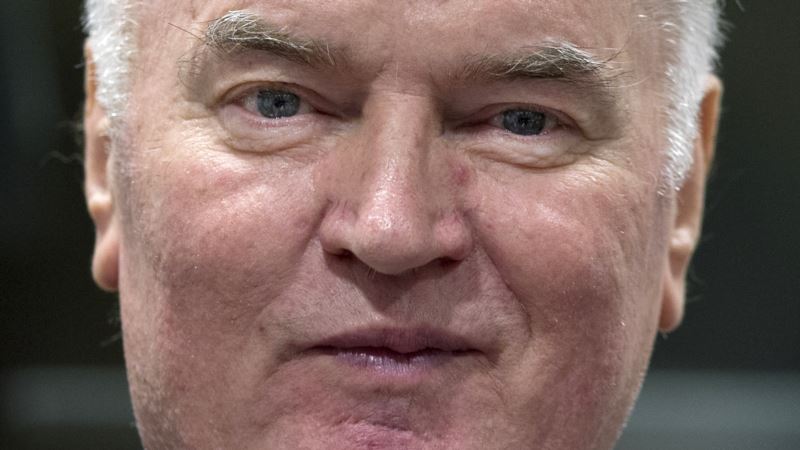 The court made the announcement on December 16 after Mladic, once dubbed the Butcher of Bosnia, lodged his appeal in March 2018.

The 77-year-old is appealing his 2017 life sentence for his role in genocide in Srebrenica, the persecution of Bosniaks and Croats throughout Bosnia-Herzegovina, terrorizing the Sarajevo population by long-term shelling and sniping, and taking UN protection forces (UNPROFOR) members hostage in 1992-95.

Mladic has maintained his innocence and is lionized by many ethnic Serbs in Serbia and Bosnia.

In 2005, Kofi Annan, then secretary-general of the United Nations, described the mass murder of some 8,000 Muslim boys and men in the Bosnian town of Srebrenica as the worst crime on European soil since World War II.

In total about 100,000 people were killed and 2.2 million others displaced in the 1992-95 war, which erupted as ethnic rivalries tore Yugoslavia apart.
Prosecutors at The Hague have also appealed Mladic’s case.

They are seeking a reversal of Mladic’s acquittal on charges of genocide in six other Bosnian municipalities.

Judge Carmel Agius, president of the Mechanism, told the UN Security Council in New York last week that he expects a final verdict would be handed down in the Mladic appeal by the end of 2020.

The ICTY filed charges against Mladic in 1995, but he remained in hiding in Serbia until Belgrade arrested him and handed him over in May 2011.

The ICTY in 2016 found Mladic’s political chief, Radovan Karadzic, guilty of similar charges, including genocide, and sentenced him to 40 years in prison.

Karadzic filed an appeal against his conviction, but it was rejected in March 2019 and his sentence was increased to life imprisonment.