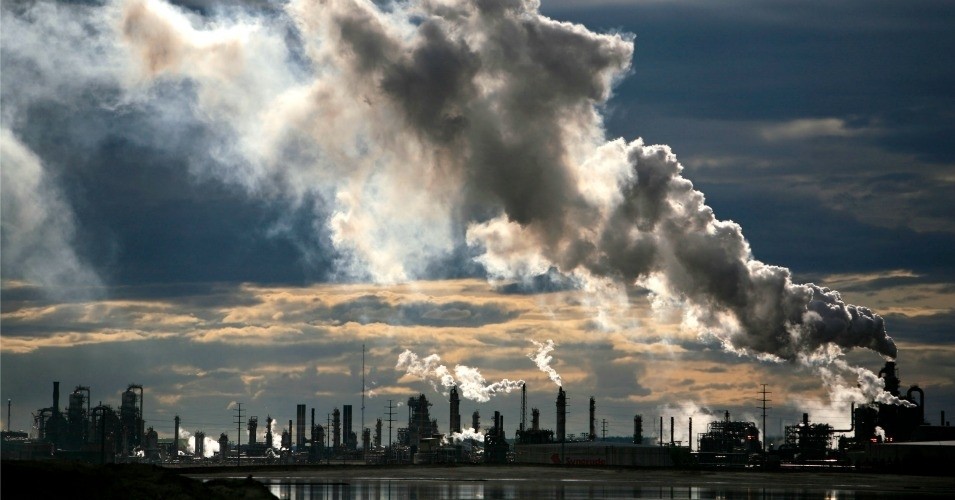 It’s clear: we are living beyond our planet’s limits. Unless we change something, the consequences will be dire. Should that something be our focus on economic growth?

Climate change represents the most salient risk we face, and we are already getting a glimpse of the costs. And in “we,” I include Americans. The United States, where a major political party is dominated by climate-change deniers, is the highest per capita emitter of greenhouse gases and the only country refusing to adhere to the 2015 Paris climate agreement. So there is a certain irony in the fact that the US has also become one of the countries with the highest levels of property damage associated with extreme weather events such as floods, fires, hurricanes, droughts, and bitter cold.

At one time, some Americans even hoped that climate change might benefit them. Maine’s coastal waters, for example, would become swimmable. Even today, a few economists still believe that there is not much to worry about, so long as we limit the increase in average global temperature to 3-4º Celsius, compared to the 2ºC limit set by the Paris agreement. This is a foolish gamble. Greenhouse-gas concentrations are projected to be at their highest level in millions of years, and we have nowhere else to go if we lose.

Studies suggesting that we could tolerate higher temperatures are deeply flawed. For example, because appropriate risk analyses are systematically omitted, their models do not give sufficient weight to the probability of “bad outcomes.” The greater the weight we assign to the risk of bad outcomes, and the worse those outcomes are, the more precautions we should take. By assigning little weight – far too little weight – to very adverse outcomes, these studies systematically bias the analysis against doing anything.

Moreover, these studies underestimate the non-linearities in the damage functions. In other words, our economic and ecological systems may be resilient to small changes in temperature, with damage increasing only proportionally to temperature, but once climate change reaches a certain threshold, the increase in damages accelerates relative to the rise in temperature. For example, crop loss becomes serious as a result of frosts and droughts. Whereas a below-threshold level of climate change may not affect the risk of frost or drought, a higher level increases disproportionately the risk of these extreme events.

It is precisely when the consequences of climate change are large that we are least able to absorb the costs. There’s no insurance fund to draw upon if we need investments to respond to large increases in sea levels, unforeseen health risks, and migration on a massive scale as a result of climate change. The fact is that in these circumstances, our world will be poorer, and less able to absorb these losses.

Finally, those who argue for a wait-and-see approach to climate change – that it’s a waste of money to take large actions today for an uncertain risk far in the future – typically discount these future losses at a high rate. That is, whenever one takes an action that has a future cost or benefit, one must assess the present value of these future costs or benefits. If a dollar 50 years from now is worth the same as a dollar today, one might be motivated to take strong action to prevent a loss; but if a dollar 50 years from now is worth three cents, one wouldn’t.

The discount rate (how we value future costs and benefits relative to today) thus becomes critical. US President Donald Trump’s administration has in fact said that one wouldn’t want to spend more than roughly three cents today to prevent a dollar loss in 50 years. Future generations just don’t count much. This is morally wrong. But the do-nothing advocates, ignoring all the advances in public economics over the past half-century that have explained otherwise, argue that economic efficiency requires it. They are wrong.

We must take strong action now to avoid the climate disaster toward which the world is heading. And it is a welcome development that so many European leaders are spearheading efforts to ensure that the world is carbon-neutral by 2050. The report of the High-Level Commission on Carbon Prices, which I co-chaired with Nicholas Stern, argued that we could achieve the Paris agreement’s goal of limiting global warming to 2ºC in a way that enhanced living standards: the transition to a green economy could spur innovation and prosperity.

That view sets us apart from those who suggest that the Paris agreement’s goals can be achieved only by stopping economic expansion. I believe that is wrong. However misguided the obsession with ever-increasing GDP may be, without economic growth, billions of people will remain without adequate food, housing, clothing, education, and medical care. But there is ample room to change the quality of growth, to reduce its environmental impact significantly. For example, even without major technological advances, we can achieve carbon neutrality by 2050.

But it won’t happen on its own, and it won’t happen if we just leave it to the market. It will happen only if we combine high levels of public investment with strong regulation and appropriate environmental pricing. And it can’t, or won’t, happen if we put the burden of adjustment on the poor: environmental sustainability can be achieved only in tandem with efforts to achieve greater social justice.