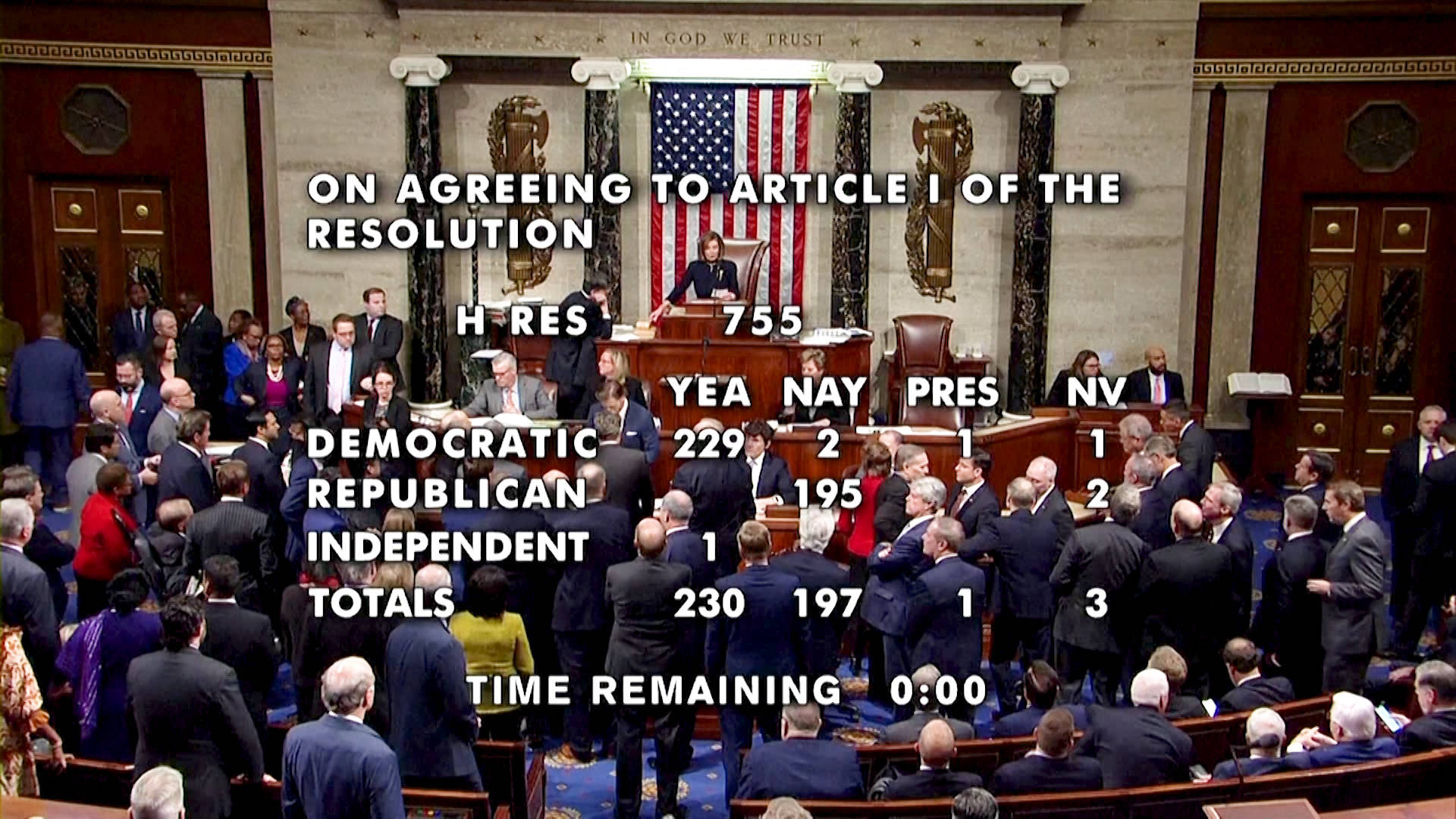 The trial to impeach President Trump could soon head to the Republican-controlled Senate, which requires a two-thirds supermajority vote to convict. Senate Majority Leader Republican Mitch McConnell has said he is not an “impartial juror” and that he would closely coordinate a Senate impeachment trial with the White House Counsel’s Office, leading Democrats to accuse McConnell of trying to preside over a sham trial. We speak with John Bonifaz, who spearheaded the push for impeachment with his group, Free Speech for People. Bonifaz says that despite the low chance of conviction in the Senate, Wednesday’s impeachment vote was important in holding “this lawless president” accountable. “I do agree that we need to demand a full and fair trial out of the United States Senate and that we cannot allow the kangaroo court that Mitch McConnell appears to be preparing for,” he says.