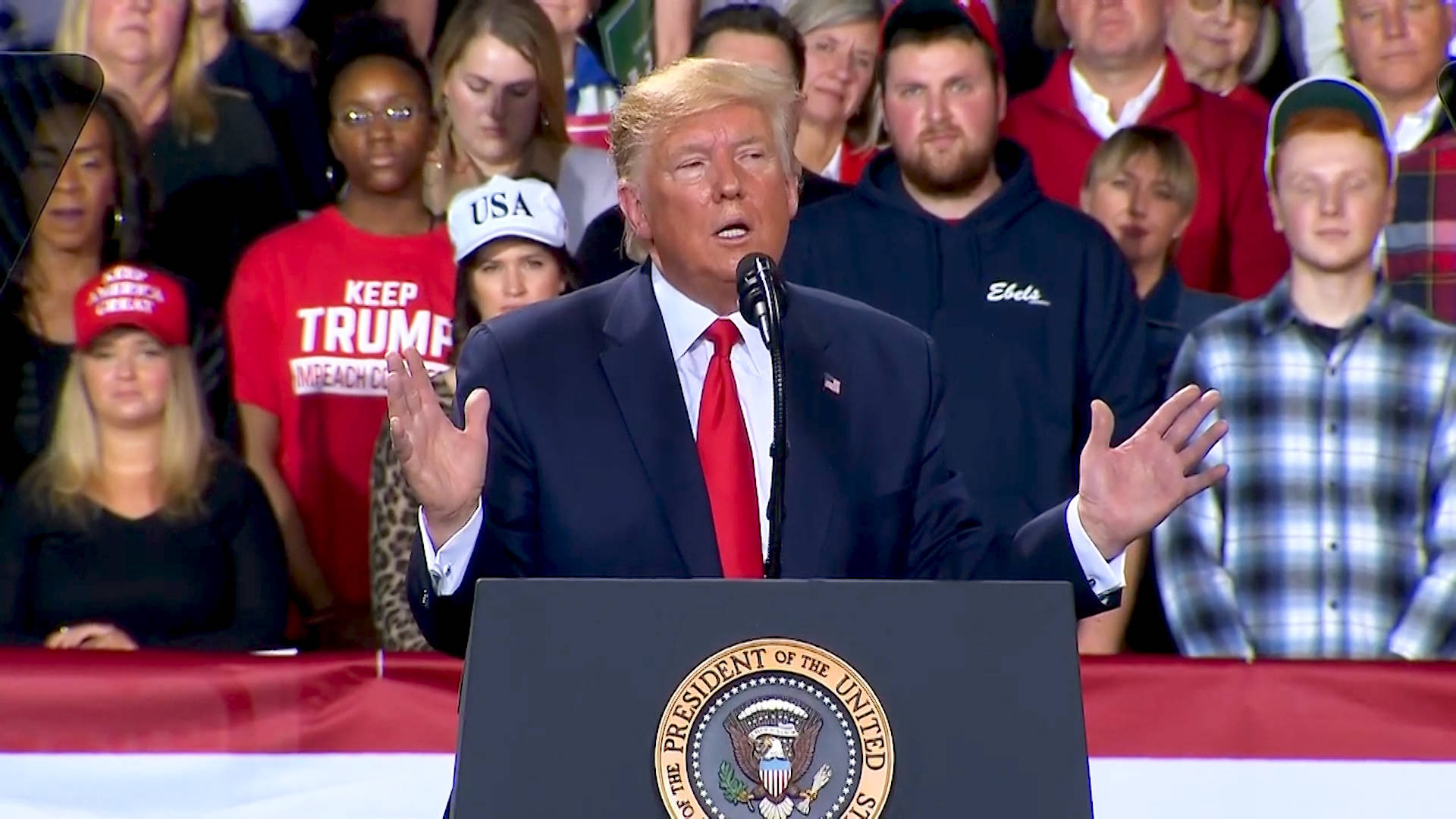 President Donald Trump was impeached by the House of Representatives in a historic vote Wednesday, making him only the third president to be formally charged with high crimes and misdemeanors under the Constitution. By a vote of 230 to 197, the House passed the first article of impeachment, which accuses President Trump of abuse of power. The House also approved the second article, which charges him with obstructing Congress by refusing to cooperate with the impeachment investigation. House Speaker Nancy Pelosi now says she will hold the articles back from being sent to the Republican-controlled Senate for a trial until Democrats are convinced it will be fair. “If we do not hold this president accountable for his abuses of power, we essentially watch democracy die,” says our guest Rep. Pramila Jayapal, Democratic congressmember from Washington. “That’s not going to happen on our watch.”