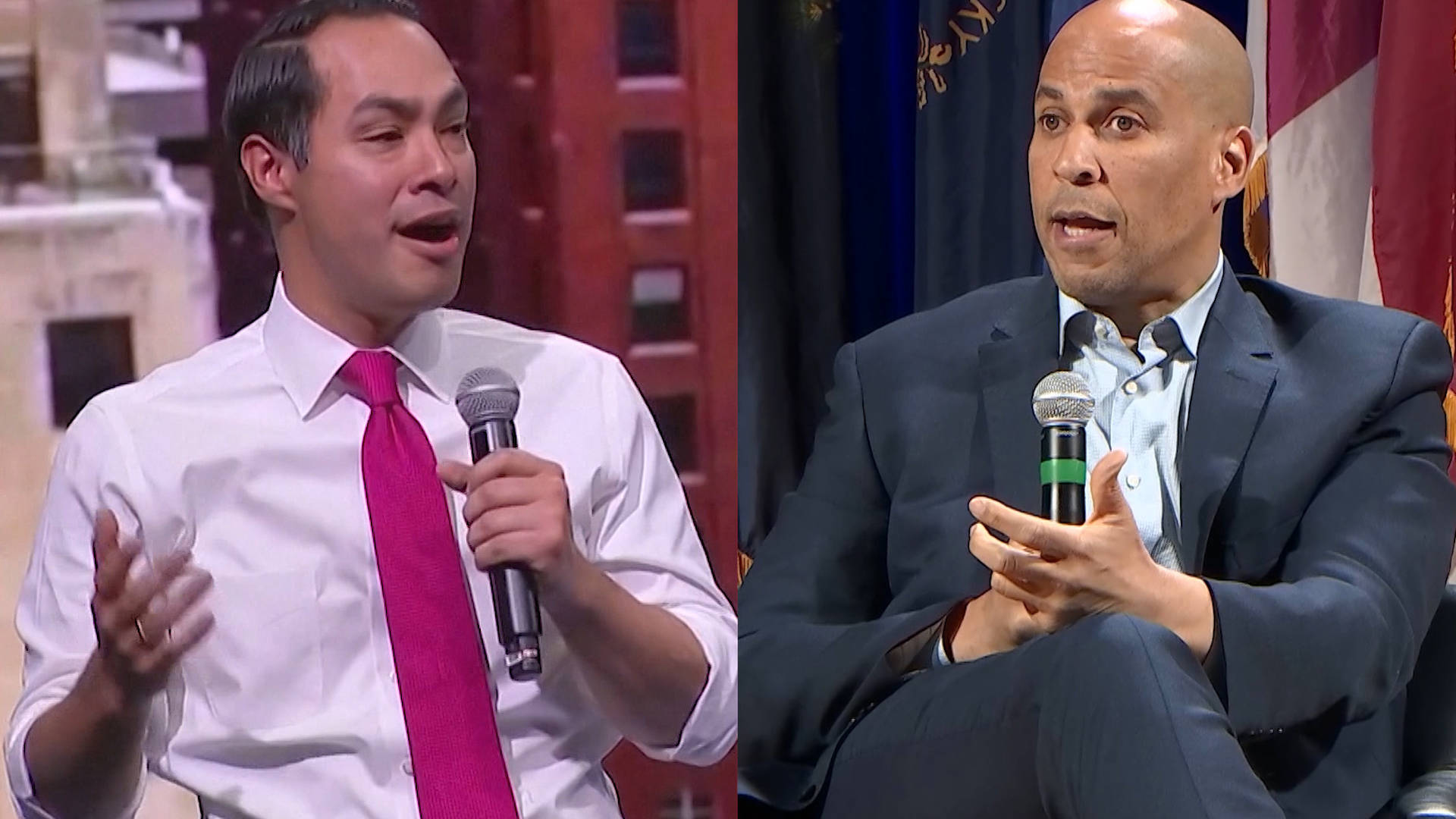 Within a day of President Trump’s impeachment, the Democratic presidential candidates held their final debate of the year at Loyola Marymount University in Los Angeles. On the stage were Senators Bernie Sanders, Elizabeth Warren and Amy Klobuchar, along with Mayor Pete Buttigieg, former Vice President Joe Biden, billionaire Tom Steyer and Andrew Yang. Amna Nawaz, the first Pakistani American and first Muslim American to moderate a presidential primary debate, questioned Yang about being the only nonwhite candidate on the stage. We get response from Kristen Clarke, president and executive director of the Lawyers’ Committee for Civil Rights Under Law, and Erika Andiola, chief advocacy officer for RAICES, the Refugee and Immigrant Center for Education and Legal Services.