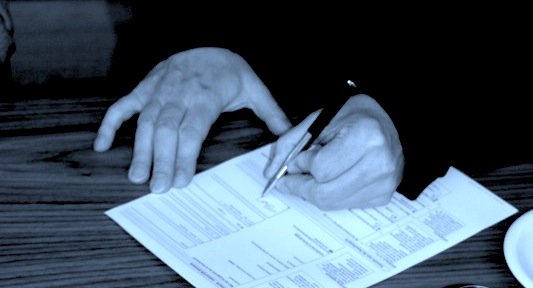 Noncompete agreements—the legal mechanism that bars workers from getting hired by another competing company for a period of time specified in the agreement—are now routinely imposed on workers in a wide range of industries, from finance to fast food. And in a labor market in which many people struggle to hold onto whatever full-time work they can get, the noncompete has become one more barrier to economic opportunity.

Based on a new study by the Economic Policy Institute (EPI), about half of surveyed private-sector employers nationwide have contracts with noncompete agreements, affecting about 36 to 60 million workers. Today, noncompetes have evolved from their original purpose—to safeguard intellectual property in fields including technology and medicine—into a default policy to restrain the mobility of workers. In practice, noncompetes punish workers for leaving an employer, making it harder for them to seek higher wages, escape an abusive boss, or start their own business.

Journalist Stephanie Russell-Kraft wrote about the law for a living, yet had no idea what kind of a legal bind she had stumbled into when she tried to switch jobs in 2015. She was a staffer at the legal trade publication Law 360 when she received a job offer from Reuters, and was thrilled to be hired for a position at a major news agency.

“Virtually no company wants to spend money on attorney’s fees fighting for the right to keep a particular entry-level worker.”

But shortly after she took the new job, she received a threatening letter from Law 360’s parent company, Portfolio Media Incorporated, warning that Reuters “is one of PMI’s competitors in the legal and business news space. Under the circumstances we have serious concerns that your employment with [Reuters] places you in direct violation of the Employee Confidentiality, Invention, and Non-Solicitation Agreement and Covenant Not to Compete”—referring to the noncompete agreement that Russell-Kraft did not know she had signed.

Eventually, Reuters fired Russell-Kraft, accusing her of lying on her job application because she had not disclosed the noncompete clause she did not know about. She was left unemployed, still restricted from pursuing other journalism jobs—and it was all completely legal.

Looking back, Russell-Kraft tells The Progressive that she must have signed the noncompete amid a flurry of paperwork when started her job at Law 360. “I was just so excited to have a job,” she recalls. “You know, it’s my mistake. I didn’t think that that would be a thing that would later come and get in the way of my employment.”

But it was a mistake she and millions of other workers have been set up to make.

The use of noncompetes is not unusual in journalism, particularly among trade publications with niche markets for legal or business content. In recent years, there have been reports of workers getting hit by noncompetes at the digital media outlets Mashable and Buzzfeed News, along with various low-wage sectors, like home health aides, home cleaning workers, and even the sandwich franchise Jimmy Johns.

One survey study of workers found that nearly nine in ten workers subjected to a noncompete had signed the agreement without negotiating over the terms, and about three in ten were not even asked to sign the noncompete agreement until after they had already accepted the job offer. Like Russell-Kraft, they were presented with the agreement “often on the first day of work, which is a time when new employees often are signing many forms and may not pay a great deal of attention to each form.”

According to Brendan Lynch, an attorney with Community Legal Services Philadelphia, noncompetes are a growing problem for low-wage workers in the Philadelphia region. In one such case, Lynch helped represent a group of Bhutanese immigrant home health aides whose boss slapped each of them with a lawsuit when they switched employers.

Even workers who have a solid legal case against their old employer often get abandoned by their new employer anyway, Lynch notes. “The former employers are usually seeking to scare off potential future employers and they are typically successful at that,” he tells The Progressive in an email. “Virtually no company wants to spend money on attorney’s fees fighting for the right to keep a particular entry-level worker.” It’s much easier to settle the case, avoiding paying damages by agreeing to not pursue the hire.

The situation is further complicated for journalists and tech workers from overseas, who are employed on the H-1B visa for high-skilled workers, which ties their work authorization to a sponsoring employer. If they are banned from working in the same field for a year after quitting a job, they could lose their legal status.

Based on survey data from employers with at least fifty workers, the EPI report found that noncompete clauses are most common among firms involved in business services or wholesale trade. They are more commonly applied in workplaces where most workers have a college education or higher, but even among workplaces where workers were predominantly high school-educated, about 44 percent imposed noncompetes.

More than half of surveyed businesses with 100 to 500 workers had subjected one or more workers to noncompetes, the survey found. And the majority of firms that had any workers with noncompetes also subjected workers to mandatory arbitration—further limiting their ability to challenge their firm’s policies by requiring disputes to be settled through a private, company-controlled arbitration process.

When such a huge swath of the workforce is restricted from moving onto better-paying jobs in their field, the reduced wage competition among employers can depress wages. Heidi Shierholz, co-author of the EPI study, tells The Progessive excessive use of noncompete agreements “hurts the dynamism and the competition in the labor market that’s good for productivity growth and good for overall strength of the economy.”

Russell-Kraft’s plight was eventually resolved, somewhat, by then-New York Attorney General Eric Schneiderman, who reached a settlement with Law 360 that effectively barred the imposition of noncompetes on all staff, “except for a small number of top executives.” The news caused a stir in the media industry and galvanized efforts at Law 360 to form a union; one way media workers can resist noncompetes is through collective bargaining.

Since then, the political backlash against noncompetes has intensified across the country. In New York, which generally already bars noncompetes except in cases involving trade secrets or special skills, recently introduced legislation would prohibit companies from imposing a noncompete agreement on any employee earning about $75,000 annually or less.

A Maryland law  enacted  in May 2019 prohibits noncompetes for workers earning less than $31,200 per year, or about $15 an hour. Other states, such as California and Oklahoma, have instituted legal bans on the use of noncompete agreements. And on Capitol Hill, the proposed Workforce Mobility Act would prohibit noncompete agreements in most circumstances.

Yet noncompete clauses continue to be used, often unbeknownst even to the workers who have inadvertently signed them.

“Just because these agreements might be unenforceable in court . . . doesn’t mean that they’re not so powerful,” says Russell-Kraft, who now works as a freelancer (and wrote about noncompetes for The Progressive in 2018). “Because in my case, I think if I had had the money to litigate, I  might have won and shown that this agreement shouldn’t have been enforceable. But I didn’t have the resources to do that.”

As work becomes increasingly precarious, millions of struggling workers are clinging to whatever work they can get. Others are legally chained to jobs that they would rather leave, because their bosses have the power to limit their freedom to advance their careers.