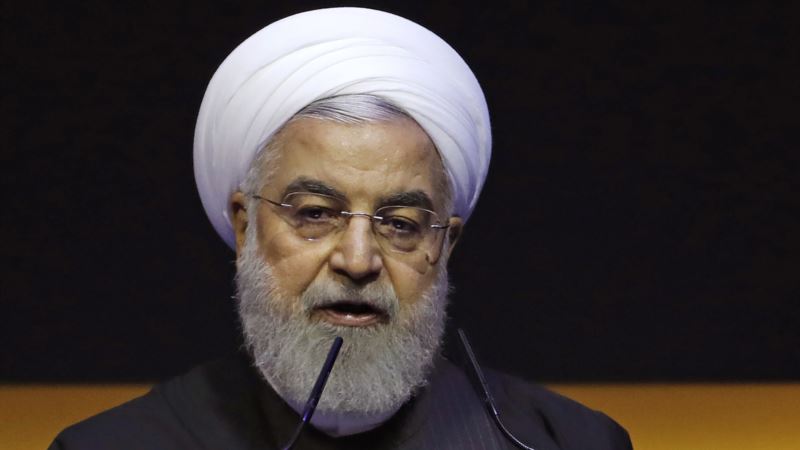 Iranian President Hassan Rohani has kicked off a visit to Japan, as Tokyo seeks to mediate between Iran and the United States amid heightened tensions between the two countries.

Rohani is the first Iranian leader to visit the East Asian country in nearly two decades. His trip comes after Shinzo Abe became in June the first Japanese prime minister to travel to Iran in more than 40 years.

The two men inspected a guard of honor at Abe’s Tokyo office ahead of talks later on December 20.

Japan, a U.S. ally which maintains friendly ties with Tehran, has been “making diplomatic efforts, in cooperation with relevant countries including the United States and Iran, in order to ease the tensions and stabilize the situation in the Middle East,” Japan’s Foreign Ministry said in a statement.

But he said Rohani’s trip to Tokyo had “nothing to do with issues such as negotiations with America.”

Tensions between Iran and the United States and its allies in the Middle East have spiraled after U.S. President Donald Trump pulled Washington out of the 2015 nuclear deal between Tehran and world powers.

Washington has since reimposed crippling sanctions on Iran in an effort to tackle the country’s nuclear and missile program.

In June, a Japanese-operated tanker was attacked in the Gulf of Oman, the northern part of the Arabian Sea.

Washington has accused Iran of being responsible and urged Japan to join a U.S.-led coalition in the Strait of Hormuz to help ensure the safe navigation of ships on the world’s most important oil transit route.

Japan’s government is expected to soon finalize a plan to dispatch its navy to the Middle East, but Japanese media reported that the country does not plan to take part in the U.S.-led coalition.

Iranian officials have rejected the presence of foreign forces in the region, saying it would create insecurity for oil and shipping.

With reporting by dpa, AFP, AP, and Reuters