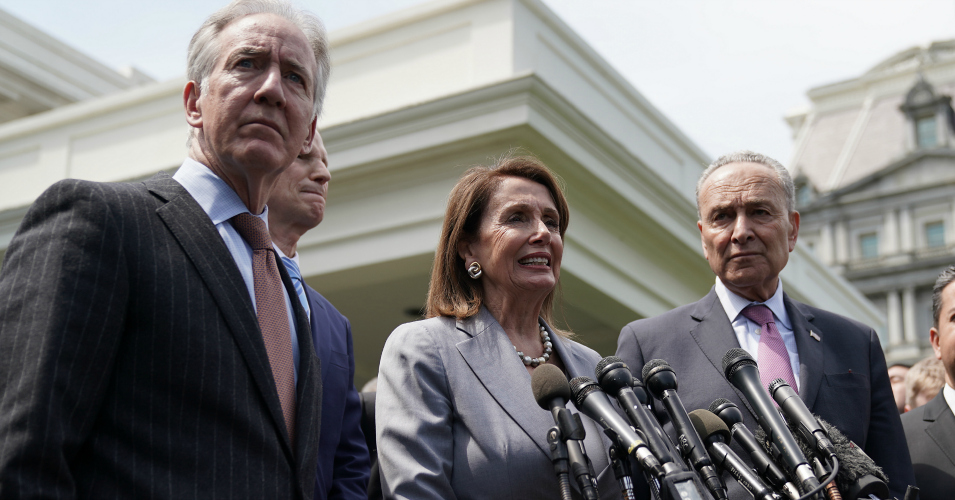 Senate Minority Leader Chuck Schumer worked behind the scenes through December in the Senate to defeat a bipartisan initiative to curb suprise medical billing, according to a new report Friday which details the lobbying victories won by the for-profit healthcare industry in 2019.

“The success shows how formidable the health-care industry remains.”

Reporting Friday by the Washington Post‘s Jeff Stein and Yasmeen Abutaleb points to Schumer, a New York Democrat, as a consequential figure in stopping the surprise billing measure from being included in an end-of-year spending bill.

As Common Dreams reported on Tuesday, Rep. Richard Neal (D-Mass.), chairman of the House Ways and Means Committee, effectively killed the bill last week by introducing a competing measure and pushing off the legislation until 2020.

On Dec. 6, two days before a bipartisan group of lawmakers announced an agreement to their efforts, Schumer called a key player in the negotiations—Sen. Patty Murray (D-Wash.), the top-ranking Democrat on the Senate health committee—to express his disapproval of the measure, which negotiators had been crafting since the spring, according to three people familiar with the conversation who spoke on the condition of anonymity to discuss private talks.

Several people close to the negotiations said it was widely believed that Schumer was acting on behalf of powerful New York hospital groups, who have donated at least $1 million this year to the Senate Democratic fundraising arm.

In a statement to the Post, Schumer’s team denied that donations had anything to do with the senator’s intercession in the process and that the New York Democrat was not affected in the decision-making process by political donations.

NY hospital and health system leaders met today with @SenSchumer on priorities including delaying the impending Medicaid DSH cuts (action must be taken by Oct. 1) and protecting patients from surprise medical bills. We thank Sen. Schumer for his continued leadership and support. pic.twitter.com/S3z0jnS3lW

Congress plans to look into the practice of surprise billing after the holiday, reported Politico:

Committee leaders are requesting information from eight companies about the billing policies and practices of insurers and physician staffing companies previously accused of sending surprise bills.

“This rush to get surprise billing language into an end-of-year funding bill, without regard to real-world consequences to health care providers, is dangerous and unnecessary,” said Raske. “Congress should slow down to ensure that this important issue is done thoughtfully and carefully.”

GNYHA opposition to the legislation was noted in a piece in The Hill last month.

According to Open Secrets, GNYHA has given Schumer’s Senate Majority PAC $4.5 million since December 2017. Two days before the minority leader reportedly intervened in the surprise medical billing legislation, GNYHA members met with a Schumer aide in the senator’s office in Washington.

As Stein and Abutaleb reported, the surprise billing legislation’s collapse was just one in a series of wins by the healthcare industry in 2019, including victories on drug legislation, patents, and repealing parts of the Affordable Care Act that targeted the industry’s bottom line.

“The success shows how formidable the health-care industry remains,” wrote Stein and Abutaleb, “able to overwhelm Democrats with well-honed talking points and splinter Republicans through a concerted push.”