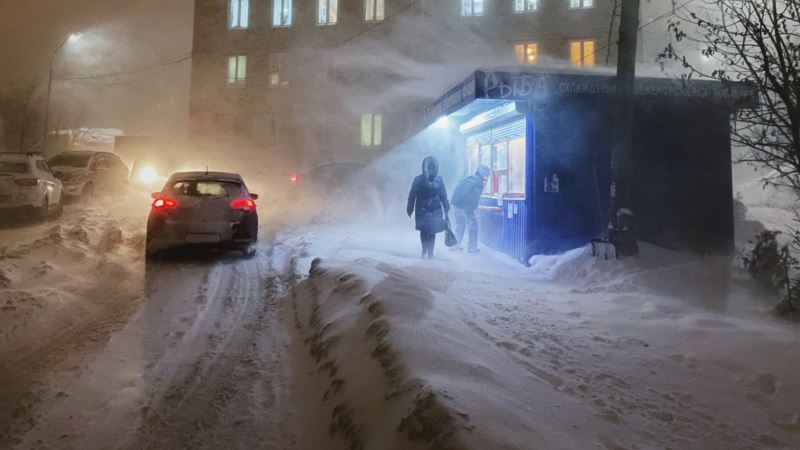 We know that rferl.org isn’t the only website you read, and it’s possible that you may have missed some of our most interesting journalism from the past week. To make sure you’re up-to-date, here are some of the highlights produced by RFE/RL’s team of correspondents, multimedia editors, and visual journalists over the past seven days.

Peaceful revolutions toppled communist regimes across Eastern Europe in 1989, but Romania’s uprising was drenched in blood. By Ray Furlong and Current Time

Students in Petrozavodsk say the Interior Ministry has threatened them with a probe on extremism charges for plastering posters of President Vladimir Putin resembling Big Brother across the northwestern city, illustrating what government critics say is the Russian state’s lack of tolerance for dissent. By Tony Wesolowsky and Alla Konstantinova

Reforms in Uzbekistan that force farmers to work through “clusters” is a new form of “hidden privatization” — a scheme used during the 1990s by corrupt officials and their private-sector cronies in Eastern Europe to plunder assets. By Ron Synovitz and Sadriddin Ashur

In an explosive documentary, a former police officer alleges that a death squad operated in Belarus when President Alyaksandr Lukashenka was consolidating power two decades ago. People close to the cases find the man making the claims credible, but some others see a potential Russian ploy to increase pressure on Lukashenka as the Kremlin pushes for more power over Minsk. By Tony Wesolowsky and RFE/RL’s Belarus Service​

Night shifts for ambulance crews can range from the mundane to the miraculous. For poorly paid and exhausted Russian doctors northeast of Moscow, it’s a calling that goes beyond their low-paid jobs. By RFE/RL’s Russian Service

Six decades ago, Soviet explorers were the first to make it to an unlikely place — Antarctica’s Pole of Inaccessibility, the continent’s farthest point, in all directions, from the surrounding seas. A warm day in this spot would be minus 30 degrees Celsius, a colder day minus 50!

The explorers left something behind to mark the momentous occasion: a large bust of the founder of the Soviet Union, Vladimir Lenin. And it’s still there! (Or at least we presume it is, but perhaps buried under snow.)

Photos of the memorial are, unsurprisingly, quite rare. We’ve gathered some of them here. By Kaisa Alliksaar

Bulgarian officials say a Russian spy chief implicated in the Novichok attack in Britain is also at the heart of their investigation into the poisoning of a Bulgarian arms manufacturer in 2015. By Ron Synovitz and Boris Mitov

Afghans have been returning to their ruined homes in Nangarhar Province after officials claimed they had cleared it of remaining Islamic State fighters and showed captured militants to the media. RFE/RL met one family who returned to find their house destroyed, their crops stolen, and the land around them mined. By RFE/RL’s Radio Free Afghanistan and Neil Bowdler

Kyrgyz anti-corruption activists have led protests following a joint RFE/RL investigation into a massive money-laundering scheme. The UMUT 2020 movement began in a Bishkek cafe where they down politically charged drinks and plan their next steps. By RFE/RL’s Kyrgyz Service and AFP