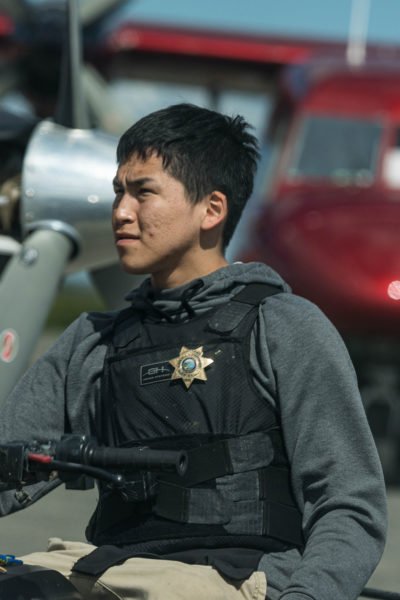 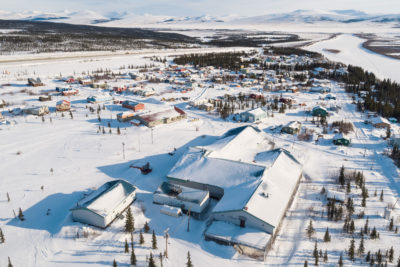 Decades into a burgeoning public safety crisis, with a stubbornly high rate of sexual violence, Alaska finally may have arrived at a moment of change.

The state board that regulates police officers is now, for the first time, working to identify and train officers who work for remote villages and ensure they meet basic hiring standards.

And in a spending plan unveiled this month, Gov. Mike Dunleavy promised 15 additional Alaska state troopers for rural areas, increasing the staffing in unprotected villages such as St. Michael by more than a fourth.

The efforts follow a year of reporting by the Anchorage Daily News and ProPublica on the two-tiered public safety system in Alaska. We found:

Amid the coverage, U.S. Attorney General William P. Barr declared the lack of law enforcement in rural Alaska to be a federal emergency and promised more than $52 million to this state of 736,000 people to combat the problems.

But many Alaskans familiar with the problems say money alone won’t fix decades of inequity. Village administrators, legislators, state public safety officials and tribal leaders have all told us the same thing: Systemic changes are needed.

draw attention to the failings of Alaska’s public safety system for rural Alaskans,” wrote Rep. Tiffany Zulkosky, a Yup’ik legislator and former Bethel mayor who is among a group of lawmakers seeking major changes to the way Alaska protects its most remote and vulnerable villages. “Their stark findings tell a heartbreaking story of two different Alaskas: One where people can count on law enforcement to keep them safe and one where they can’t.”

“Simply stated, as a state we are failing Alaskans and we have to do better,” Zulkosky wrote.

We asked Zulkosky and others who know the issues best to recommend specific solutions and ideas to respond to Alaska’s public safety crisis. Here is what they told us:

Alaska has a world-class program for placing health aides in villages. Copy it for law enforcement officers.

The problem: Many communities lack law enforcement of any kind, and the state’s VPSO program teeters on the brink of failure.

The idea: Emulate the successful Alaska health aide program, which provides health care workers in every village with training that works around their schedule.

More than 95% of the 500 health aides working in villages are Native. By comparison, fewer than half of the 38 VPSOs are Alaska Native.

“What we’ve learned from (the health aide program) is when you provide care as close to home as possible in a culturally appropriate manner, and in a language that people understand, we have much better health outcomes,” said former Alaska Department of Health Commissioner Valerie Davidson, who is Yup’ik.

Pragmatic training schedules that respect the hunting and fishing rhythm of village life are key to successful recruitment, she said. Health aides progress through the ranks of the profession, earning more pay and more certifications over the years, using training sessions that last no more than a few weeks at a time and can include online training. By contrast, new VPSOs must leave their hometowns for a block of training that lasts two months or more, a strong disincentive.

The state Department of Public Safety recently reduced the VPSO training from 16 to eight weeks for this reason; a training schedule more similar to health aides might further reduce time away from home.

The problem: Sexual assault survivors living in remote villages must sometimes refrain from showering and fly hundreds of miles to a city or regional hub in order to begin a sexual assault examination.

The idea: Train village volunteers, such as those who offer their homes as safe houses for rape and domestic violence survivors, to collect certain evidence.

In May, the Daily News and ProPublica reported on a case in which a convicted sex offender was charged with climbing through a woman’s window and raping her in the Northwest Arctic village of Kiana. (He has denied the charge.) In that case, the victim was unable to shower overnight if she wanted to preserve potential DNA evidence for a sexual assault exam. The next day, she flew hundreds of miles to Anchorage carrying the gym shorts and tank top she was raped in within a bag. That’s not an uncommon experience, advocates for sexual assault survivors say.

The Southwest Center for Law and Policy offers a one-week training program called SAFESTAR for Native American and Alaska Native women who want to become certified to assist sex crime survivors in their hometowns and villages. The training teaches volunteers to collect DNA swabs, clothing and photo evidence in cases where the victim does not want to travel — or prefers to work with someone whom she knows and who knows her language and culture.

Residents from at least one Alaska village, the Bering Sea island community of St. Paul, have completed the course. The director for the law and policy center, Hallie Bongar White, said she hopes to expand the program to dozens of other Alaska Native communities in the coming years.

“No one wants to stay in their clothes for two days and fly to Anchorage and have someone from a different culture do an intimate gynecological exam after you’ve just been sexually assaulted,” Bongar White said.

The volunteers do not collect blood samples or conduct invasive exams, but the Department of Justice has approved the course as a means to assist rape investigations in Native American and Alaska Native communities, Bongar White said.

“We train grandma. We train the 19-year-old who graduated high school and is working for her village,” Bongar White said. “The people themselves are the ones who know what the problem is. If we just give them a wide variety of tools, they will be able to solve it themselves.”

Partner with tribes and tribal courts.

The problem: Alaska Native tribes and corporations say the current top-down method of the state government deciding how law enforcement will be distributed, with over-burdened state courts hearing most village criminal cases, is outdated and fails to recognize tribal sovereignty.

The idea: The state, federal and tribal governments agree to share oversight of publicly funded law enforcement in villages through a special agreement or “compact” with tribal courts handling some cases.

Health care for Alaska Natives is provided through a compact between the federal government and tribes or tribal organizations. This form of government-to-government agreement accepts the sovereignty of federally recognized Alaska Native tribes, with each level of government working in partnership.

“Each community has different needs, and this one-size-fits-all model at the state level is not working,” Wilson said. “Local control will allow communities to better serve their citizens.”

Dunleavy, the Republican governor, has supported the idea of tribal compacts for delivery of education services, and a legislative committee might recommend such a compact as a long-term solution to village policing as well.

The village of St. Paul is experimenting with a process called “cross deputization” that allows local police to decide for themselves whether a crime should be funneled into the state court system or be diverted to tribal courts in a manner that would not result in a criminal record.

Allow VPSOs to travel among villages and investigate felonies.

The problem: Alaska refuses to allow VPSOs to travel among villages as “rovers,” to handle cases outside their immediate village or to investigate felonies without direct oversight by troopers.

The idea: Clarify the law so that VPSOs, who are state-certified police, are empowered to travel among villages and to begin felony investigations as needed.

When an off-duty VPSO answered a call from a nearby village to check on a man who’d been threatening family members with a weapon this year, he wasn’t rewarded for going beyond the call of duty. Instead, he was given a five-day suspension.

VPSOs say state policies delay investigations and contribute to a sense among the officers that the state considers them second-tier police.

A legislative task force plans to recommend these state-funded village police be allowed and even encouraged to travel among communities to maximize the impact of the few remaining VPSOs.

“If the statutes prevent them from being trained for felony level crime responses, then that needs to be changed,” said Rep. Chuck Kopp, R-Anchorage, co-chair of the legislative task force on VPSOs and a retired police officer. “If the statues prevent them from staying in a village and not being able to travel to another village, that needs to be changed.”

The problem: Alaska pays for VPSO salaries through grants to regional nonprofits, but related funding requests such as spending on housing, infrastructure, travel and recruitment are often denied.

The idea: Allow for local control in VPSO funding decisions such as spending on housing, travel, signing bonuses and recruitment.

The number of VPSOs is at an all-time low, with many of the remaining officers non-Natives who increasingly work on the road system instead of far-flung villages. The opposite, in other words, of the intent of the program, which was meant to hire village residents to serve as all-around lifesavers in places troopers can’t easily reach.

But VPSOs have long complained that elements of the program place too little control with regional Alaska Native nonprofits and boroughs, which oversee the officers, and too much in the hands of the Department of Public Safety, which pays for the program through state grants but competes with it for recruits via the state trooper program.

This year, for example, the Public Safety Department denied more than 70% in requests to fund VPSO recruitment. (Asked why the funding was denied, a public safety spokeswoman said decisions on recruitment spending and requests for certain other expenses are based on the number of officers employed.)

Kopp said his group also will suggest raising VPSO pay. “We’ve seen that dramatically increase the troopers’ ability to recruit, and there’s no doubt that the VPSO program would greatly benefit from” pay raises.

Still, Kopp said that despite the program’s failings, the state task force will not recommend scrapping it altogether.

“One thing we have heard is that communities love their village public safety officers and the program itself,” he said. “The reason why is it’s local control. It’s self determination. It increases their trust that public safety will be fairly carried out in their area.”

Require the Mat-Su to pay for its own policing.

The problem: The fast-growing Matanuska-Susitna Borough relies on the state to provide its de facto police force in the highly populated neighborhoods surrounding the cities of Palmer and Wasilla, while some rural areas have no local troopers.

The idea: Continue to use troopers to respond to outlying, remote areas of the borough, but create a special police district in which residents would pay for their own police services.

With Mat-Su residents fed up by property and drug crime, the borough is once again considering adopting police powers. One option would be a boroughwide police department, similar to the North Slope Borough, which provides certified police in Inupiaq villages and the hub city of Utqiagvik.

Mat-Su officials said a boroughwide law enforcement agency would be too expensive, but some members have suggested a compromise: Creating a police service area for the most populous area of the borough, just outside the cities, in which taxpayers might fund their own local police service rather than relying exclusively on Alaska state troopers.

Troopers, in turn, could focus on areas with no police of any kind.