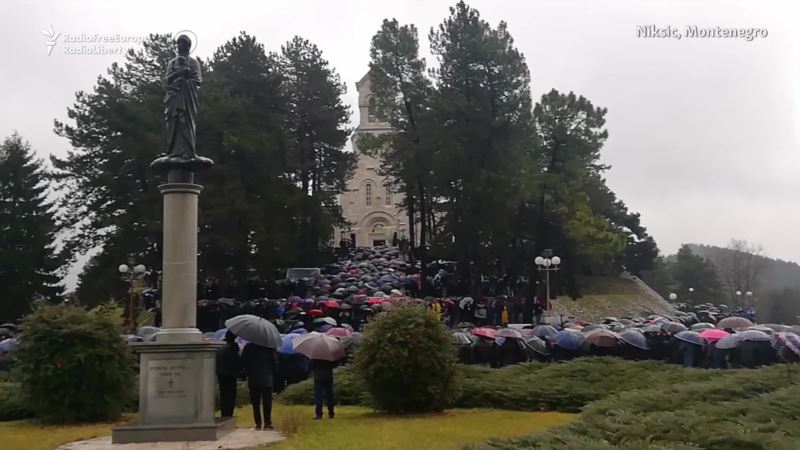 Hundreds of followers of the Serbian Orthodox Church in Montenegro braved miserable weather to protest a new religious freedom bill drafted by the Podgorica government on December 5. If adopted, it will stipulate that both objects and lands of worship that belonged to the state prior to 1918 will become state property and part of Montenegro’s cultural heritage, unless there is evidence to prove different ownership. Authorities insist the bill meets modern EU legal standards. The church claims Montenegro aims to seize its property and has fought previous attempts to pass similar legislation since 2015. Church leaders reiterated their determination to thwart the bill during a Mass celebrated at St. Basil’s cathedral in Niksic, Montenegro’s second-largest city, on December 21. The dispute stems from widely polarized interpretations of Montenegro’s historic sovereignty and ethnic identity, which is largely disputed by the Serbian Orthodox Church.