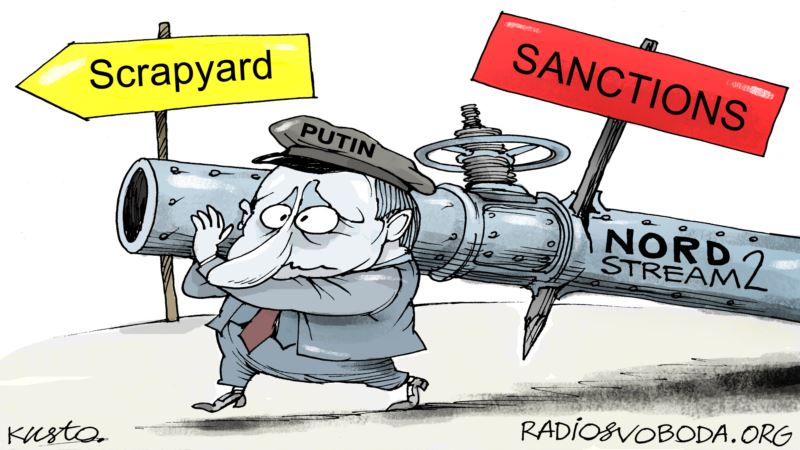 Trump signed the legislation on December 20 at Joint Base Andrews in Maryland. The provision will require vessels laying the Russian pipeline to wind down their work “immediately” or face sanctions, including asset freezes.

The $11-billion Nord Stream 2 project is just weeks away from completion and analysts have been divided on whether the imposition of sanctions at this stage will be able to halt the project.

Allseas Group, a Swiss-based company, is laying the last segments of the 1,230-kilometer pipeline. The company possesses some of the most advanced offshore, pipe-laying vessels in the world and it’s unclear if Russia has the ability to complete the work if Allseas abides by the sanctions.

Nord Stream 2 has the capacity to deliver 55 billion cubic meters of gas annually to Germany, doubling the nation’s imports of Russian gas.

The United States has been opposed to the project, claiming it will deepen Europe’s dependence on Russian energy and give the Kremlin greater leverage of the nations of Eastern Europe while also boosting its coffers.

Russia has been seeking to reduce its dependence on Ukraine as a transit state for its natural gas exports amid tense relations with Kyiv over its political reorientation towards the West. Russia twice cut off gas to Ukraine amid disputes over pricing.

Just hours before Trump signed the NDAA, Russia and Ukraine announced they had reached a five-year agreement on gas transit to Europe. The existing transit contract was set to expire on January 1, raising concerns of another gas cut off.