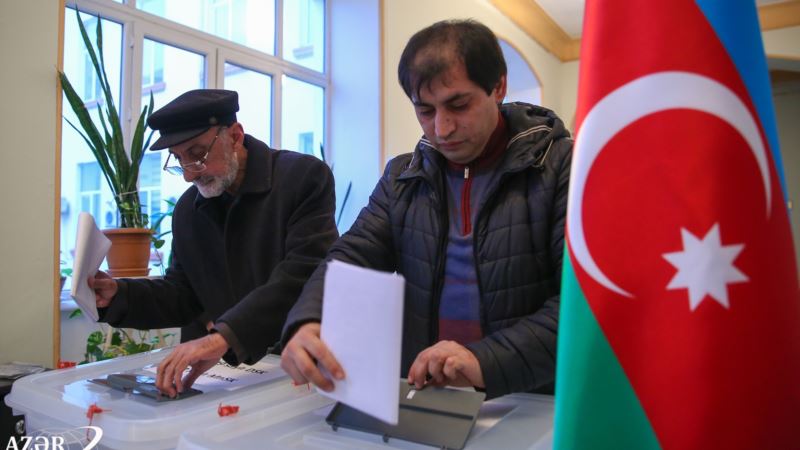 BAKU — Voting is concluding in Azerbaijan in municipal elections that are being boycotted by some of the oil- and gas-rich Caspian country’s main opposition parties.

More than 5,000 polling stations opened at 8 a.m. in 118 constituencies across the country — not including its breakaway region of Nagorno-Karabakh.

The Azerbaijani Central Election Commission said 15,156 seats on local councils in 1,606 municipalities were up for grabs in the country of nearly 10 million people.

Some opposition leaders are boycotting the vote, saying the country lacks the proper conditions for fair elections.

They say municipal councils have no real power.

President Ilham Aliyev has dominated politics in the country since shortly before his ex-president father’s death in 2003.

RFE/RL received several complaints from voters alleging irregularities during the voting, such as casting multiple ballots, multiple voting by a single individual at different polling stations, and intimidation of journalists.

Local electoral officials either rejected such complaints or said the complaints would be investigated.

No elections in Azerbaijan have been recognized as free and fair by Western observers.

Election officials said preliminary results would be made public five days after the vote.

The ruling New Azerbaijan Party (YAP) claimed a landslide victory in the 2015 elections that were boycotted by all the established opposition parties.

Aliyev signed an order earlier this month setting parliamentary elections for February 9 after the YAP and its allies in the National Assembly backed a proposal to dissolve the current legislature.

Despite its vast hydrocarbon resources, the South Caucasus country has been hard-hit by rising inflation and unemployment.