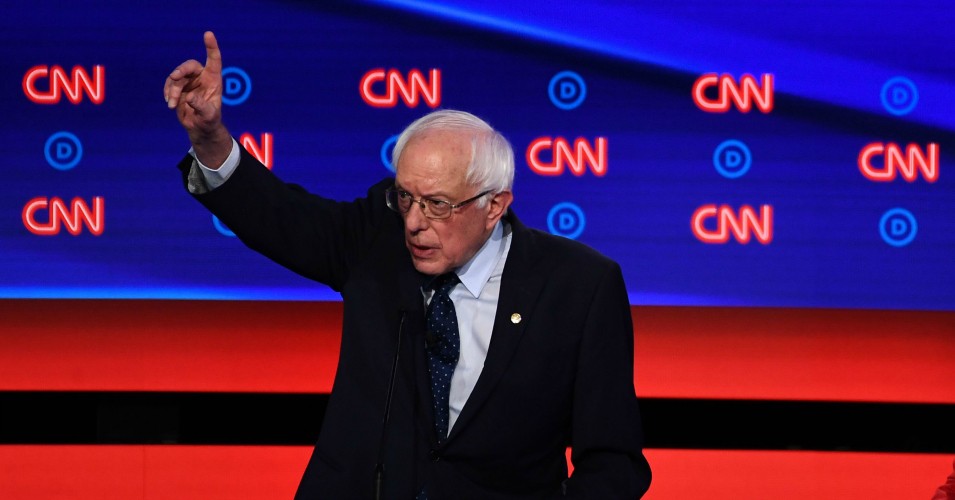 CNN, which brands itself as “the most trusted name in news,” used a CNN/Des Moines Register survey from mid-November showing Sanders in fourth place with 15% of Iowans backing his bid. Real Clear Politics shows the senator with support of 22% and 21%, second to Soouth Bend, Indiana Mayor Pete Buttigieg, in more recent polling.

Sanders rival Julián Castro was among those who took to Twitter to decry the choice, saying that just because it was CNN‘s poll, that didn’t justify presenting the old information to viewers in late December.

If @CNN actually aired this poll today, it’s unacceptable to use a poll from six weeks ago simply because they paid for it. Publish a timely poll instead.

Sanders press secretary Briahna Joy Gray pointed to recent troubles for other top-line campaigns as a possible motivation for the use of the poll and said that Sanders would happily soldier on without the help of the corporate media.

“Honestly, this is just embarrassing for the campaigns that need this kind of boost to appear competitive after having a bad week,” said Gray. “Looking forward to winning this thing without the assist.”

For at least the 2nd time today, @CNN just used the SAME Iowa poll from the BEGINNING OF NOVEMBER to show @BernieSanders in 4th place. Meanwhile, in reality, he is CURRENTLY in a close 2nd place according to the Real Clear Politics Average of polls in Iowa. pic.twitter.com/4fbZit62Rr— Jordan (@JordanChariton) December 23, 2019

The CNN poll wasn’t the only instance of perceived bias against the Sanders campaign from the mainstream media, dubbed the “Bernie Blackout” by the senator’s supporters.

As Common Dreams reported over the weekend, Sanders held a 14,000-person-strong rally in Los Angeles Saturday with supporters including Rep. Alexandria Ocasio-Cortez (D-N.Y.), professor and activist Cornel West, actor Tim Robbins, and others.

But the Los Angeles Times did not do much in the eyes of observers to cover the event, despite the size and Sanders’ top-place polling in California.

“This is irresponsible, and will help Trump get re-elected,” tweeted Sanders supporter Eric Erdman. “Bernie is the best candidate to take on Trump.”