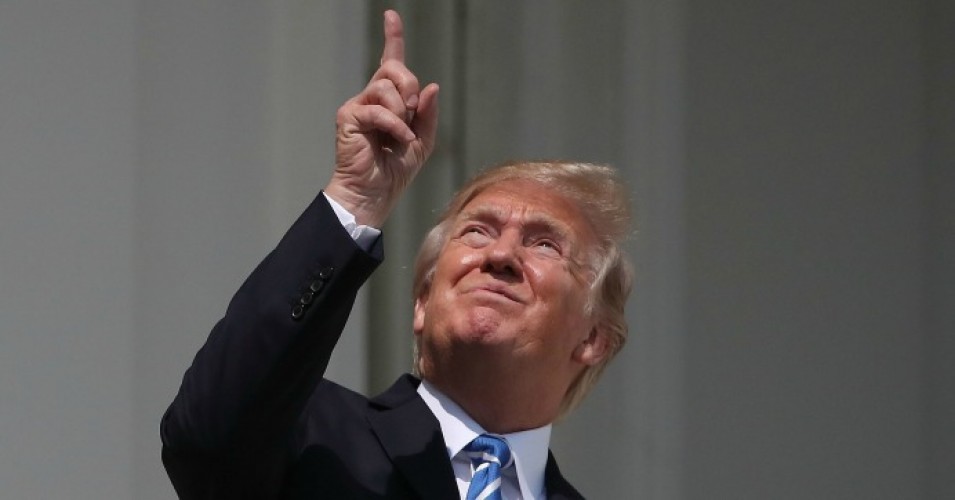 “The relevant U.S. actions are a serious violation of the international consensus on the peaceful use of outer space, undermine global strategic balance and stability, and pose a direct threat to outer space peace and security,” foreign ministry spokesman Geng Shuang said at a press briefing.

The international community, he added, should “adopt a cautious and responsible attitude to prevent outer space from becoming a new battlefield and work together to maintain lasting peace and tranquility in outer space.”

Geng’s comments came days after Trump’s signature on the National Defense Authorization Act, which included a provision for the creation of the sixth branch of the military—an idea the president began floating early last year.

According to the Defense Intelligence Agency, Russia wants to gain more power in space because it believes gaining supremacy there will allow it to win future fights on this planet. And in late 2015, China created the Strategic Support Force, which is meant to streamline and improve its space, cyber, and electronic warfare missions.

“That’s a big moment, and we’re all here for it,” said Trump. “Space. Going to be a lot of things happening in space. Because space is the world’s newest warfighting domain.”

Chairman of the Joint Chiefs Gen. Mark A. Milley used similar language on Friday when he suggested the new military branch was to counter perceived threats from Russia and China.

“In military operations, space is not just a place from which we support combat operations in other domains, but a warfighting domain in and of itself,” Milley said in a statement. “Our adversaries are building and deploying capabilities to threaten us, so we can no longer take space for granted. The U.S. Space Force is the necessary and essential step our nation will take to defend our national interests in space today and into the future.”

Among those reacting to the new Space Force by decrying the use of federal funds for more militarism rather than lifesaving programs like Medicare for All was justice advocate Bernice King:

“A nation that continues year after year to spend more money on military defense than on programs of social uplift is approaching spiritual doom.” pic.twitter.com/Ai8FI8zcr9