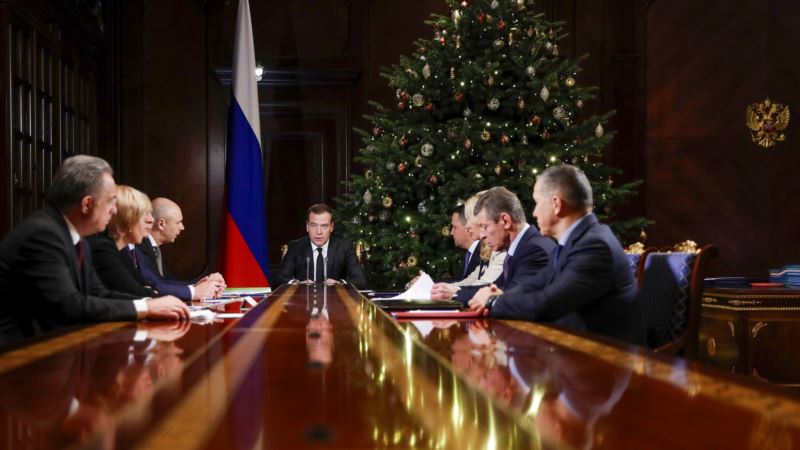 Russian Prime Minister Dmitry Medvedev has said the contentious Nord Stream 2 gas pipeline might be delayed by a couple months due to fresh U.S. sanctions against the project but there’s nothing “catastrophic” about the situation.

“Of course we will finish building [the pipeline],” Medvedev was quoted by Reuters as telling journalists on December 23. “Gazprom has alternative options for how to lay it. It will take a little more time, but that’s no big deal.”

He added, “There’s nothing catastrophic about [the sanctions], especially considering the fact that we have already reached an agreement with the Ukrainians about transit.”

The $11 billion project is just weeks away from its scheduled completion, and analysts have been divided on whether the imposition of sanctions at such a late stage could halt the project.

The consortium building it says there are about 160 kilometers of the planned 2,460-kilometer pipeline, which should run along the bed of the Baltic Sea, left to complete.

Critics, including some Europeans, have warned it will increase the European Union’s reliance on Russian gas at a time when Europe should be reducing its dependence to the east.

Moscow has accused Washington of trying to thwart Nord Stream 2 in order to boost sales of American liquefied natural gas to Europe.

Germany denounced the U.S. sanctions as meddling in its internal affairs.

The European Commission said in its third-quarter 2019 consumption report that Russia accounted for 45 percent of the European Union’s gas imports, according to TASS.

Based on reporting by Reuters and TASS