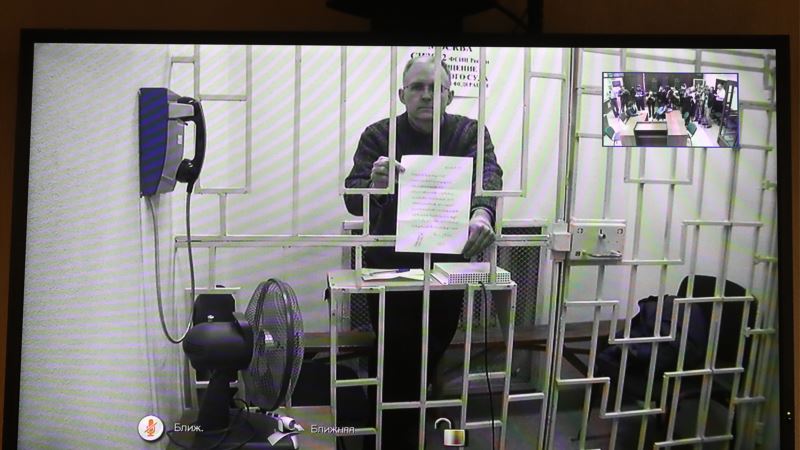 A senior U.S. diplomat has appealed to Moscow to free accused spy and former Marine Paul Whelan as the 49-year-old nears a full year in Russian pretrial custody.

U.S. Deputy Chief of Mission Bart Gorman said as he left the Moscow prison where Whelan is being held on December 23 that there was “no evidence and no crime” in the case.

The appeal came five days short of the first anniversary of the joint U.S., British, Canadian, and Irish citizen’s detention by Russian intelligence in his hotel room in the capital on December 28, 2018.

“In a case where there is no evidence and no crime, it’s time to have him released,” Gorman said, according to Reuters, after a visit to Whelan alongside officials from those other three countries.

Gorman also asked that doctors be allowed to examine Whelan, who reportedly has a medical condition, and that the detainee finally be allowed to speak by telephone with his parents.

Whelan could face a long prison sentence if he is convicted of espionage, although there has been no trial as the investigation reportedly continues.

Russian authorities say they caught Whelan with a flash drive containing classified information. He says he was duped into possessing what he understood to be vacation images.

The case has ratcheted up already tense relations between Moscow and the West.

The U.S. Embassy in Moscow earlier this month rejected Russian officials’ claim that Whelan was feigning illness and lying about his ill-treatment in custody to draw attention to his case.

Embassy spokeswoman Rebecca Ross said Whelan’s health was “deteriorating” and called for an independent medical examination to “clear up” the state of his health, according to a series of tweets she published the same day.