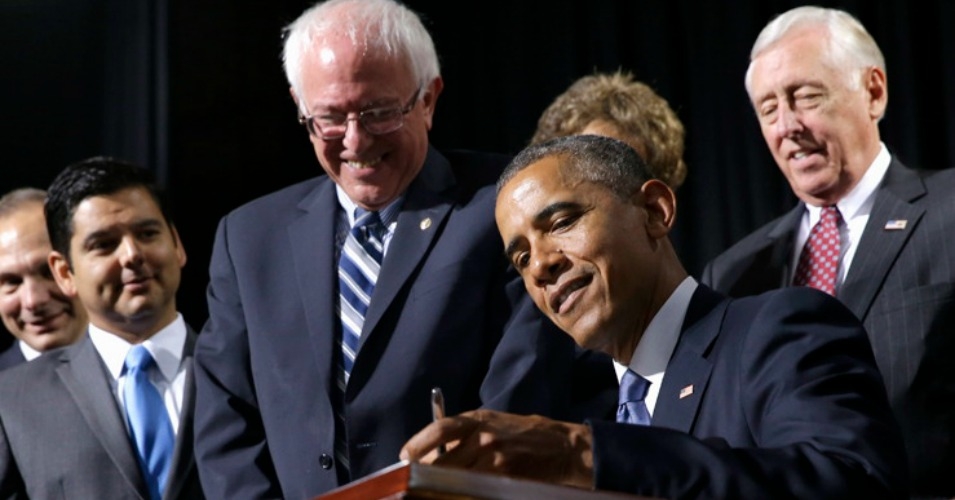 If Sen. Bernie Sanders is the 2020 Democratic presidential nominee, he can reportedly count on the backing of former President Barack Obama.

That’s according to a source close to the 44th president, speaking to The Hill, who said that Obama is ready to “go to bat” for whoever wins the nomination.

Obama himself said as much in mid-November at a Democracy Alliance event in Washington, D.C.

“Look, we have a field that is very accomplished, very serious and passionate and smart people who have a history of public service,” the former president said, “and whoever emerges from the primary process, I will work my tail off to make sure that they are the next president.”

Despite those comments, Obama’s future support of a Sanders-led ticket has been in doubt due to reporting that the former president considered speaking up to stop the Vermont senator if Sanders appeared able to win the nomination.

The former president isn’t the only intraparty Sanders opponent who has signaled a willingness to support the Vermont senator should he win the nomination.

“I’ll support the Democratic nominee as hard as I possibly can,” Watson said in July.

That sentiment was echoed in early December by Center for American Progress president Neera Tanden, who said on Twitter of Sanders that she would “support him if he’s the nominee.”

Tanden added that the choice between Trump and Sanders was clear.

“People, Trump’s re-election is an existential threat,” said Tanden. “If you do not think the GOP is watching these attacks and will amplify them in the general, you’re wrong.”