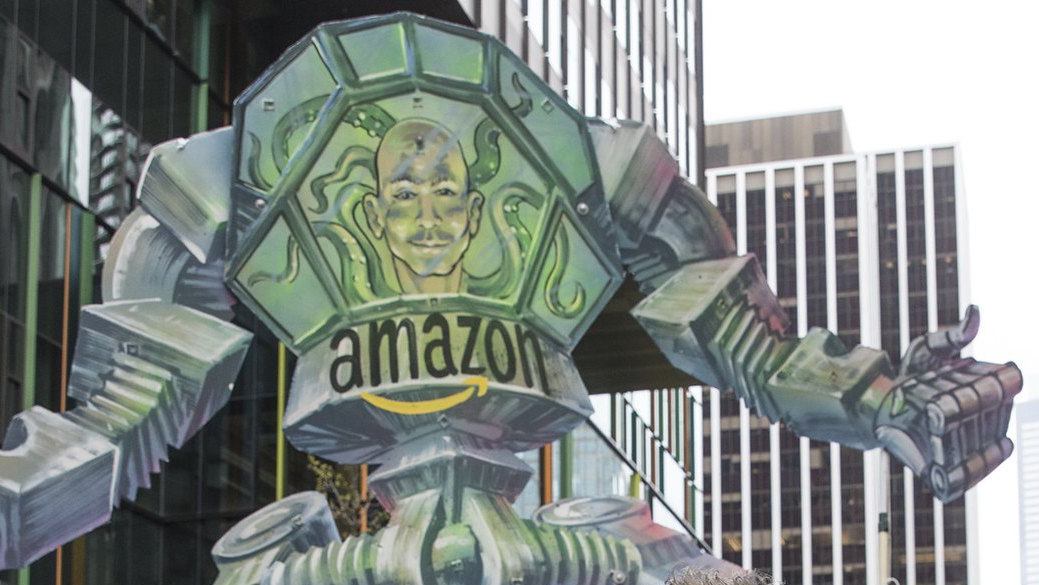 The history of American capitalism is full of corporate bullying, threats and even violence against working people when we stand up for our rights.

Yet in spite of Amazon’s all-out, attempted hostile corporate takeover of Seattle City Hall this year, working people just beat the richest man in the world by running perhaps the strongest grassroots campaign ever in our city. When we fight, we can win.

Going into next year, we should take another page from the book of successful working class struggle: we need to strike while the iron is hot.

Most of the time, the institutions of capitalism ensure that the balance of political power is on the side of the super rich, because they own industry, much of the media, and most politicians.

So when working people have momentum on our side, we need to fully seize on it.

We have both an opportunity and a responsibility. According to the Regional Affordable Housing Task Force, King County needs 244,000 additional affordable homes by 2040 to address the Seattle area’s deep housing crisis.

We cannot afford to accept the broken status quo.

That is why on January 13th, Socialist Alternative and I, along with other progressive, renters’ rights, labor, and socialist organizations and activists, will be kicking off the 2020 Tax Amazon struggle with a rally at Washington Hall. This will be combined with my inauguration to my third term on the City Council, where Sara Nelson, International President of the American Flight Attendants Association, will be swearing me in.

At that event, we will be re-launching Tax Amazon as a grassroots organization to fight for a strong tax on Seattle’s biggest businesses to fund social housing.

Sara Nelson played a leading role in defeating President Trump’s anti-immigrant government shutdown at the start of 2019. By preparing the ground for a general strike, organized flight attendants and air traffic controllers scared Trump and the GOP into submission.

In her must-read article in Jacobin earlier this year, Sara Nelson notes, “People think power is a limited resource, but using power builds power. Once workers get a taste of our power, we will not settle for a bad deal. And we won’t stand by while someone else gets screwed, either.”

I believe this speaks directly to the kind of solidarity and fighting strategy that will be needed this year in our struggle to tax big business.

In 2018, our movement had a modest and well-founded mission when it initiated the Amazon Tax on our city’s biggest businesses: to urgently begin to address one of the nation’s worst affordable housing and homlessness crises.

Our state and city also have the nation’s most regressive tax system, where working and middle class people carry the overwhelming burden while the corporate elite enjoy a virtual tax haven.

Yet this didn’t stop Jeff Bezos from threatening to move 7,000 jobs out of our city and going all out to avoid paying even a small part of Amazon’s fair share in taxes.

Over the same period, Amazon executives met with City governments all over the country trying to extract the maximum in corporate blood money in exchange for HQ2, while working people and activists fought back. Alongside this, Amazon workers have moved into struggle, from joining the Climate Strikes to warehouse workers fighting to unionize in the face of horrific conditions to tech worker struggles like #TechWontBuildIt.

I fully agree with what Bernie Sanders said earlier this year: “If there is going to be class warfare in this country, it’s about time the working class won that war.”

The Amazon Tax is a historic opportunity to win a battle in that war, but first we need to get organized. And we must recognize up front: Amazon and the real estate lobby will fight us tooth and nail every step of the way.

A Mandate for Progressive Taxation

People are increasingly rejecting the snake oil of Reaganesque supply-side arguments and looking for real solutions. Our movement must emphasise the need for a strong Amazon Tax to fund a major expansion of social housing — publicly-owned, high-quality, permanently affordable rental homes. Like rent control, social housing has played a key role in providing a lifeline of housing stability and affordability where it has been won.

But big business will fiercely oppose our efforts.

Some newly elected or re-elected Councilmembers are already signalling their reluctance to lead on this issue, including Andrew Lewis and Alex Pederson, who have indicated they do not support the tax.

Even progressive Councilmember Lisa Herbold, who was re-elected over her Amazon-backed opponent, said she wasn’t necessarily prepared to support the tax “out of the gate in 2020” and that perhaps it should be put on the ballot. While a ballot initiative may well be exactly what happens, I don’t think Councilmembers elected on a progressive mandate should pass the buck, and my office has already begun preparing an Amazon Tax ordinance.

Our movement can’t afford to put its faith in the political establishment. Working people need to prepare to take the lead ourselves.

How the $15 Minimum Wage Was Won

We can look to the example of the $15 minimum wage fight in Seattle for how we can win this year.

After the labor movement’s victory in SeaTac in 2013 and my grassroots election campaign’s fight for a $15 minimum wage in Seattle, the issue had been put squarely on the table.

But it took a movement to win it.

In January of 2014, when I first took office as Seattle’s socialist City Councilmember, Socialist Alternative and I launched 15 Now.

We started with a rally at Seattle’s Labor Temple, then held a series of organizing conferences, built neighborhood action groups, and marched for $15/hr. We ramped up toward our 15 Now activist conference while we prepared a ballot measure to take to the November election, if necessary.

We said clearly that our ballot measure was an “insurance policy” so that the City Council would be less likely to shirk its responsibility under pressure from big business. If the Council did pass a strong $15 ordinance, we would not turn in the signatures we had gathered to trigger our ballot measure. But if it didn’t, 15 Now was prepared to take $15/hr directly to voters in November.

It worked. And the rest is history, as they say.

On June 5th, under pressure the Council passed the historic citywide ordinance on $15/hr. Big business had formally agreed to a proposal negotiated in the minimum wage committee (IACC) setup by then Mayor Murray, under the threat of our ballot initiative. In fact, business leaders later commented that they would never have agreed to the ordinance had it not been for fear of a stronger $15 being passed by voters.

A New Decade, a New Era of Class Struggle

I believe there is a similar momentum now for the Amazon Tax as there was for $15, following elections where each became the defining issue.

However, we should have no illusions that any promises from big business will hold. Our movement again needs to be prepared to go all the way to the November ballot.

Since Seattle passed the $15 minimum wage, workers and young people have been further empowered by other tremendous examples of organizing and class struggle, as we saw with the historic victories of teachers in West Virginia and in the other Red State strikes in 2018. We should look to those lessons also — militant organizing is what gets the goods.

If you’re in Seattle, I hope you will join us at our Tax Amazon launch rally on January 13. We will be holding a second event on January 25th, an activist conference like the one we organized for 15 Now, so that our movement can come together to democratically discuss and decide strategy, including the potential ballot initiative, what it should look like, and how the tax can best be used.

Our goal should be to build the broadest possible grassroots struggle to win a strong Amazon Tax, without limiting ourselves to what is acceptable to the political establishment.

Let’s start 2020 with a bang and help begin a new decade of working class power.