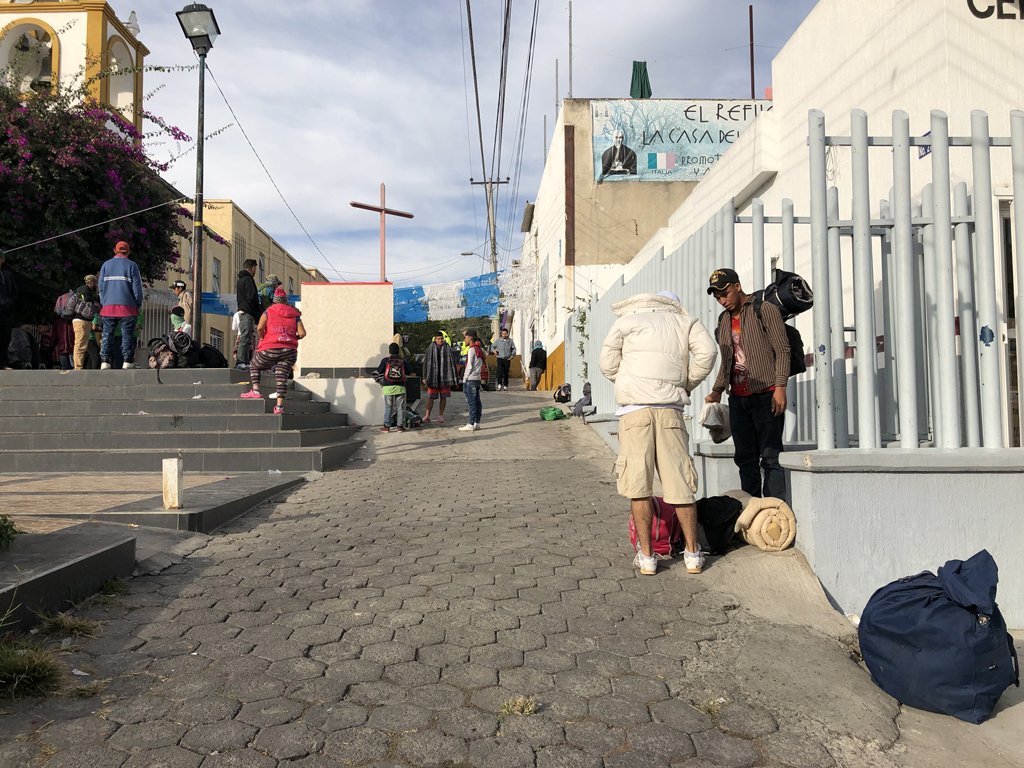 Guatemala has been terrific,” U.S. President Donald Trump declared during a press conference in the White house. To his right sat Jimmy Morales, Guatemala’s embattled president who ends his term on January 14, 2020.

Trump had invited the Guatemalan president to the White House to thank him for signing the Asylum Cooperation Agreement, the name given to the “safe third country” accord signed in July 2019.

“We’ve had a tremendous relationship over the last two years, on the border,” Trump said.  “We’ve signed agreements with Guatemala that have been tremendous in terms of really both countries, but our country, with respect to illegals coming into our country.  We just can’t have it.”

The controversial agreement requires asylum seekers entering the United States to be removed and sent to the Central American country where they can apply for asylum, ending the possibility for migrants to apply for asylum upon reaching the U.S. border.

“Simply requesting asylum at the Southwest border no longer guarantees release into the interior as it once did. We have ended catch and release,” acting U.S. Homeland Security Secretary Chad Wolf said during his visit to Guatemala City on December 12.

But lack of institutional capacity, poor conditions, and general insecurity in the three countries targeted have worried migrant rights defenders.

“Guatemala is not prepared to receive many refugees,” Ana Judith Ramierez, the 44-year-old director of a migrant shelter in Esquipulas, Chiquimula, near Guatemala’s border with Honduras, told The Progressive. “[Guatemalans] are not even able to find work or opportunity here. We do not have rights to healthcare, we do not have the right to education for the children. If we do not have opportunities, then how are we going to give [opportunity] to migrants?”

Yet in spite of these conditions, the two governments slowly and quietly began to implement the agreement, sending the first Honduran asylum seeker to Guatemala on November 21. Since then, at least forty individuals and families from Honduras and El Salvador have been deported by the Trump administration to Guatemala as part of the agreement.

Upon arriving in Guatemala, these asylum seekers are supposed to be given the option of applying for asylum or being returned to their home countries. But migrants rights advocates, including Eduardo Wolke, the migrant rights defender within the Guatemalan Human Rights Ombudsman’s office, worry that the Hondurans and Salvadorans are not receiving full information about the process.

“We do not think they are fully being informed of their options,” Eduardo Wolke, the migrant rights defender within the Guatemalan Human Rights Ombudsman’s office, told The Progressive in November. “This will put them at risk.”

According to Guatemala’s Minister of the Interior, Enrique Degenhart, as of December 16, only two migrants had chosen to apply for asylum in Guatemala.

The burden of receiving asylum seekers has fallen upon international agencies such as the United Nations’ International Organization for Migration (IOM), along with the network of Catholic Church backed Migrant Shelters in Guatemala City—in spite of their opposition to the agreement.

And the number of asylum seekers sent to Guatemala is poised to expand.

The Guatemalan government had previously indicated that only Hondurans and Salvadorans would be sent to Guatemala under the new law. But following the December 17 meeting between Trump and Morales, senior officials in the Trump administration and in Guatemala suggested that Mexican asylum seekers could also be sent to Guatemala as part of the agreement.

The negotiations and content of the agreement have remained largely secret. For Guatemalan analysts, the lack of transparency in the negotiations remains one of its most troubling aspects.

“The agreement has been held under reserve by the government,” Marielos Chang, a Guatemalan independent political analyst, told The Progressive. “Everything we have is based on speculation, parts of the puzzle, but we have not had access to the plan because the Guatemalan president has impeded the release of it.”

The country’s constitutional court had ruled in July that the agreement must be approved by the Guatemalan congress, but Minister Degenhart has stated that this is not necessary.

The number of migrants captured along the border between the United States and Mexico fell in the second half of 2019, according to U.S. Customs and Border Protection data—in part because the route to reaching the United States has become ever more dangerous.

Department of Homeland Security agents have been working closely with Guatemalan police agents from the Ports, Airports and Border Posts Division, or Dipafront, to increase controls of irregular movement. In Mexico, National Guard and immigration officials have intensified actions against migrants and those who support them.

These factors have pushed migrants to find more and more precarious means of reaching the United States, including paying coyotes, or migrant guides that U.S. and Guatemalan officials refer to as “human traffickers.” These tactics target the most vulnerable, and contribute to the construction of what anthropologist David Spener refers to in his book Clandestine Crossings; Migrants and Coyotes on the Texas-Mexico Border as “Global Apartheid.”

“They are closing the door,” Ramierez told The Progressive. “The United States needs to change the politics governing how it receives migrants. If we close the doors it becomes worse.”