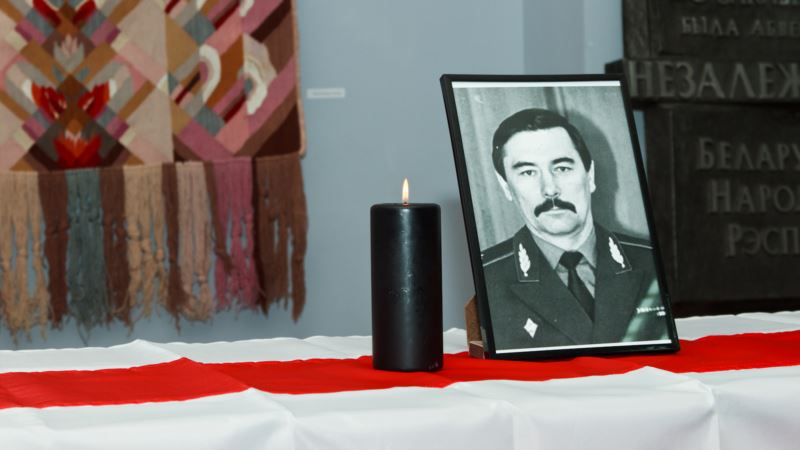 Belarus’s Investigative Committee is resuming a criminal investigation into the disappearance of former Interior Minister Yury Zakharanka following claims made by a former member of a secretive police unit of involvement in his alleged kidnapping and killing 20 years ago.

The rights activist showed a letter signed on December 18 by Yury Varauki, a department head at the Investigative Committee, stating that the case was reinstated.

According to Vouchak, the reason for reopening the missing person was because the former special police unit member and opposition politician in his interview didn’t “hide behind masks” and made statements that caused a “huge public reaction.”

In the interview, Harauski said the unit of which he was a member kidnapped and killed opposition leader Viktar Hanchar, businessman Anatol Krasouski, and Zakharanka.

Harauski said the former interior minister was kidnapped in Minsk on May 7, 1999, driven to a military base outside the Belarusian capital, and then shot by his superior, Dzmitry Paulichenka, a lieutenant colonel who had headed the special unit.

Paulichenka said his former subordinate’s comments were “nonsense” and alleged that Harauski was thrown out of the unit for criminal activity. Another former colleague alleged Harauski had a drinking problem.

Vouchak posited that cases involving the disappearance of Hanchar and Krasouski would be reopened as well.

In 2004, a report by the Parliamentary Assembly of the Council of Europe concluded that senior Belarusian officials “may themselves be involved” in the disappearance of the men.