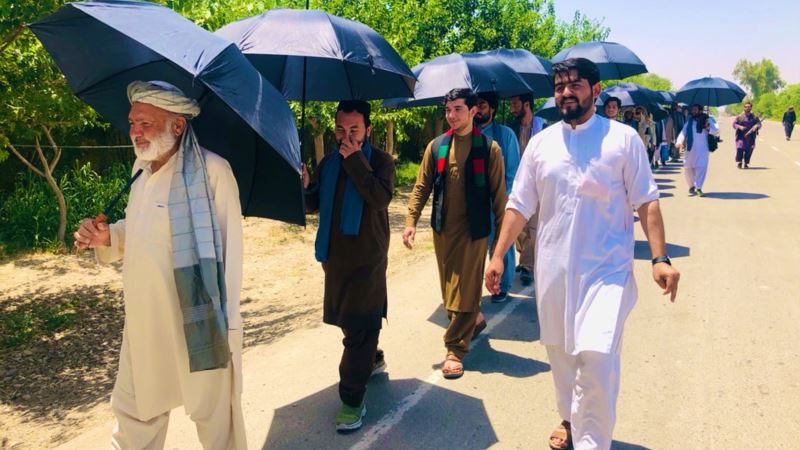 Twenty-seven Afghan peace activists who were kidnapped by the Taliban in the country’s west have been freed “after being held by the militants for 45 hours,” an official has said.

The activists were kidnapped in the Bala Buluk district of Farah Province while traveling from the neighboring province of Herat, the PPM and Farah officials said.

Farah police had said efforts were under way to track the kidnappers. A PPM member also said tribal elders in Farah were to negotiate with the Taliban to release the abducted activists.

According to the PPM, the activists were in the middle of a fresh round of rallies, traveling around the country to spread a message of peace and urging all sides of the conflict in Afghanistan to agree upon a cease-fire.

The group said this was the fourth time the militant group had abducted PPM peace marchers.

The most recent incident was in June, when the Taliban detained 25 peace activists who traveled to the Taliban stronghold of Musa Qala in Helmand Province in an attempt to meet with militants and plead with them to seek peace. They were released several days later.

The PPM attracted international attention last year with its peace marches across Afghanistan and in Kabul during which they warned about the record levels of violence across the country.

The movement has always claimed to be an impartial movement, only advocating for peace in the war-torn country.

Based on reporting by Tolo News and dpa