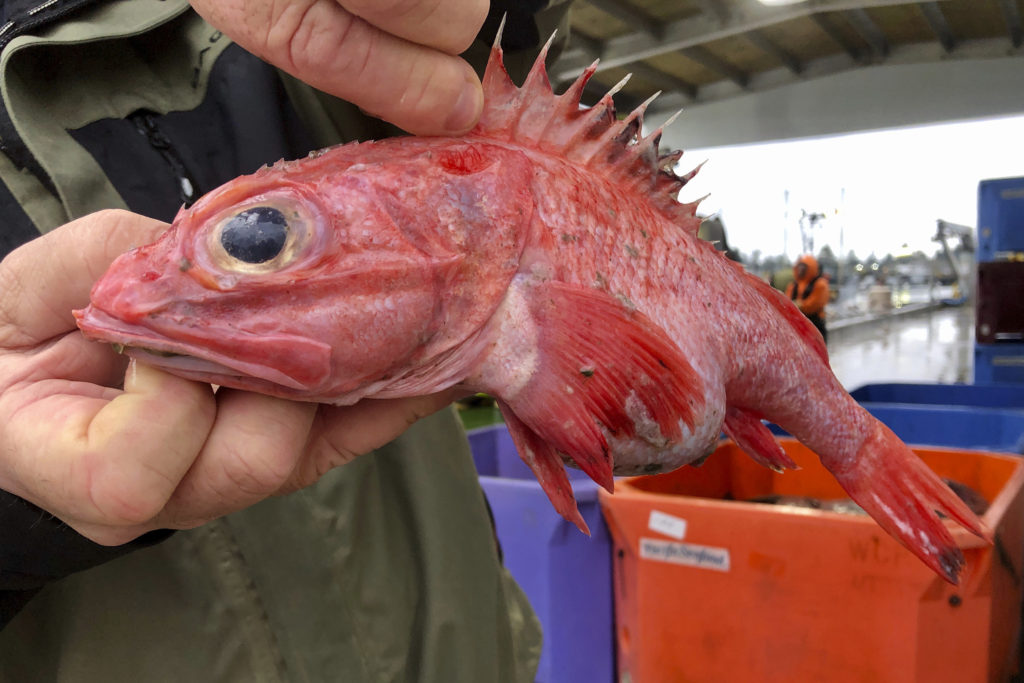 WARRENTON, Ore. — A rare environmental success story is unfolding in waters off the U.S. West Coast.

After years of fear and uncertainty, bottom trawler fishermen — those who use nets to scoop up rockfish, bocaccio, sole, Pacific Ocean perch and other deep-dwelling fish — are making a comeback here, reinventing themselves as a sustainable industry less than two decades after authorities closed huge stretches of the Pacific Ocean because of the species’ depletion.

The ban devastated fishermen, but on Jan. 1, regulators will reopen an area roughly three times the size of Rhode Island off Oregon and California to groundfish bottom trawling — all with the approval of environmental groups that were once the industry’s biggest foes. The two sides collaborated on a long-term plan that will continue to resuscitate the groundfish industry while permanently protecting thousands of square miles of reefs and coral beds that benefit the overfished species.

Now, the fishermen who see their livelihood returning must solve another piece of the puzzle: drumming up consumer demand for fish that haven’t been in grocery stores or on menus for a generation.

“It’s really a conservation home run,” said Shems Jud, regional director for the Environmental Defense Fund’s ocean program. “The recovery is decades ahead of schedule. It’s the biggest environmental story that no one knows about.”

The process also netted a win for conservationists concerned about the future of extreme deepwater habitats where bottom trawlers currently don’t go. A tract of ocean the size of New Mexico with waters up to 2.1 miles (3.4 kilometers) deep will be off-limits to bottom-trawling to protect deep-sea corals and sponges just now being discovered.

“Not all fishermen are rapers of the environment. When you hear the word ‘trawler,’ very often that’s associated with destruction of the sea and pillaging,” said Kevin Dunn, whose trawler Iron Lady was featured in a Whole Foods television commercial about sustainable fishing.

Groundfish is a catch-all term that refers to dozens of species that live on, or near, the bottom of the Pacific off the West Coast. Trawling vessels drag weighted nets to collect as many fish as possible, but that can damage critical rocky underwater habitat.

The groundfish fishery hasn’t always struggled. Starting in 1976, the federal government subsidized the construction of domestic fishing vessels to lock down U.S. interests in West Coast waters, and by the 1980s, that investment paid off. Bottom trawling was booming, with 500 vessels in California, Oregon and Washington hauling in 200 million pounds (91 million kilograms) of non-whiting groundfish a year. Unlike Dungeness crab and salmon, groundfish could be harvested year-round, providing an economic backbone for ports.

But in the late 1990s, scientists began to sound the alarm about dwindling fish stocks.

Just nine of the more than 90 groundfish species were in trouble, but because of the way bottom trawlers fished — indiscriminately hauling up millions of pounds of whatever their nets encountered — regulators focused on all bottom trawling. Multiple species of rockfish, slow-growing creatures with spiny fins and colorful names like canary, darkblotched and yellow eye, were the hardest hit.

By 2005, trawlers brought in just one-quarter of the haul of the 1980s. The fleet is now down to 75 boats, said Brad Pettinger, former director of the Oregon Trawl Commission who was key in developing the plan to reopen fishing grounds.

“We really wiped out the industry for a number of years,” Pettinger said. “To get those things up and going again is not easy.”

In 2011, trawlers were assigned quotas for how many of each species they could catch. If they went over, they had to buy quota from other fishermen in a system reminiscent of a carbon cap-and-trade model. Mandatory independent observers, paid by the trawlers, accompanied the vessels and hand-counted their haul.

Surveys soon showed groundfish rebounding — in some cases, 50 years faster than predicted — and accidental trawling of overfished species fell by 80%. The Marine Stewardship Council certified 13 species in the fishery as sustainable in 2014, and five more followed last year.

As the quota system’s success became apparent, environmentalists and trawlers began to talk. Regulators would soon revisit the trawling rules, and the two sides wanted a voice.

They met more than 30 times, slowly building trust as they crafted a proposal. Trawlers brought maps developed over generations, alerted environmentalists to reefs they didn’t know about, and even shared proprietary tow paths.

“All we could do on our end is make a good-faith offer, and I really credit the guys in the industry for taking that up,” said Seth Atkinson, an attorney with the nonprofit Natural Resources Defense Council. “These were tough compromises.”

Last year, regulators approved a plan to reopen the 17-year-old Rockfish Conservation Area off Oregon and California, while banning future trawling in extreme-depth waters and making off-limits some habitat dubbed essential to fish reproduction, including a large area off Southern California.

“A fair number of fishermen thought it was a good deal and if it was going to happen, it was better for them to participate than not,” said Tom Libby, a fish processor who was instrumental in crafting the agreement. “It’s right up there with the best and most rewarding things in my career — and I’ve been at it 50 years.”

Some groups, like Oceana, wanted even more protections from bottom trawling, which it calls the “most damaging fishing method to seafloor habitats off the West Coast.” In a news release, the group emphasized that the agreement it did get safeguards 90 percent of the seafloor in U.S. waters off the West Coast.

Even so, with fragile species rebounding, trawlers could harvest as much as 120 million pounds (54 million kilograms) a year, but there’s only demand for about half that much. That’s because groundfish have been replaced in stores by farmed, foreign species like tilapia.

A trade association called Positively Groundfish is trying to change that by touring food festivals and culinary trade shows, evangelizing to chefs and seafood buyers about the industry’s rebound and newfound sustainability. They give out samples, too.

“We are treating this almost like a new product for which you have to build awareness — but we do have a great story,” said Jana Hennig, the association’s executive director. “People are so surprised to hear that not everything is lost, that not everything is doom and gloom, but that it’s possible that you can manage a fishery so well that it actually bounces back to abundance.”

By GILLIAN FLACCUS The Associated Press