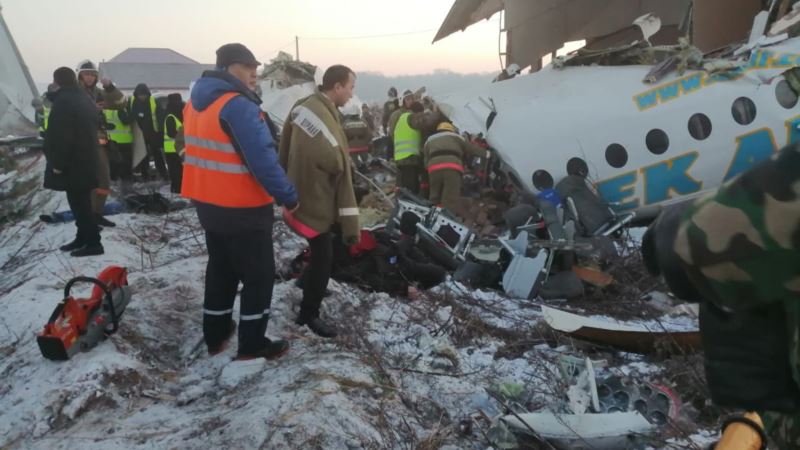 A Kazakh-based Bek Air plane with 95 passengers and five crew on board has crashed near the Almaty airport, with airport officials saying there are survivors and that emergency services are at the site.

Reuters early on December 27 quoted the Central Asian nation’s Civil Aviation Committee as saying that at least seven people were killed in the crash.

Officials said the plane was headed for Nur-Sultan, the city formerly known as Astana and the capital of the Central Asian nation.

“A Bek Air plane en route from Almaty to Nur-Sultan, Flight 2100, departed at 7:05 a.m. (4:05 a.m. Moscow time) on time and then disappeared from the radar. Ninety-five passengers and five crewmembers were onboard,” the airport said on its Facebook page.

“The Bek Air plane fell outside the airport. There are survivors. Emergency services are working at the site,” it added.

Based on reporting by Reuters, vlast.kz, and TASS