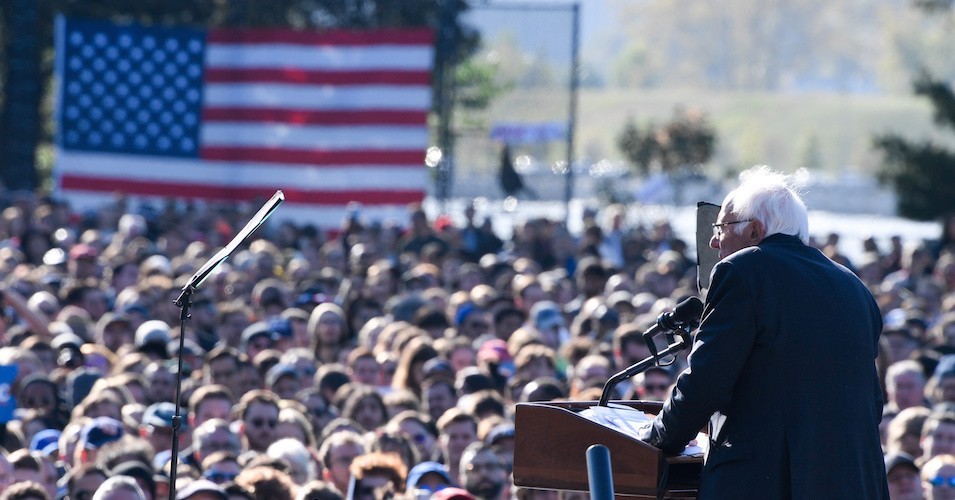 I spent last week at a series of events in eastern Iowa that we called “The War against Workers,” sponsored by Our Revolution and by Labor for Bernie. We were seeking volunteers to “adopt” the 5,000 Our Revolution supporters in these pivot counties that had voted twice for Barack Obama and then went for Donald Trump.

We met in union halls, and the industrial workers who filled those halls clearly do not believe that any old Democrat will do.

Our goal, in this case, is mobilizing those members to caucus for Bernie Sanders in the Feb. 3 Iowa caucus, but then to sustain the involvement of those voters for the Democratic nominee through the November election and beyond. Those pivot counties are much like similar counties that stretch across Wisconsin, Michigan and Pennsylvania, all states like Iowa that narrowly went for Trump in 2016.

Like it or not, Joe Biden, Pete Buttigieg and others aiming for the so-called center do not inspire the voters I saw. Those who attended will not vote for Trump in November, but they also will not be inspired to be active by candidates who reflect the Democratic Party’s past. Their health care costs, even with a union, are rising every year, and trade deals backed by Democrats and Republicans alike have gutted their workplaces.

The voters I spoke to at these events are fighting for change. They want an economy that puts workers first. They want clean drinking water from the tap, not water polluted by factory farms. They want a green economy that expands employment and ends new investment in fracking and pipelines that harm their communities. They want union organizing and collective bargaining rights in the public and private sectors.

That’s why they will caucus for Bernie Sanders, and that’s why they volunteered to mobilize 50 other voters in their county to do the same.