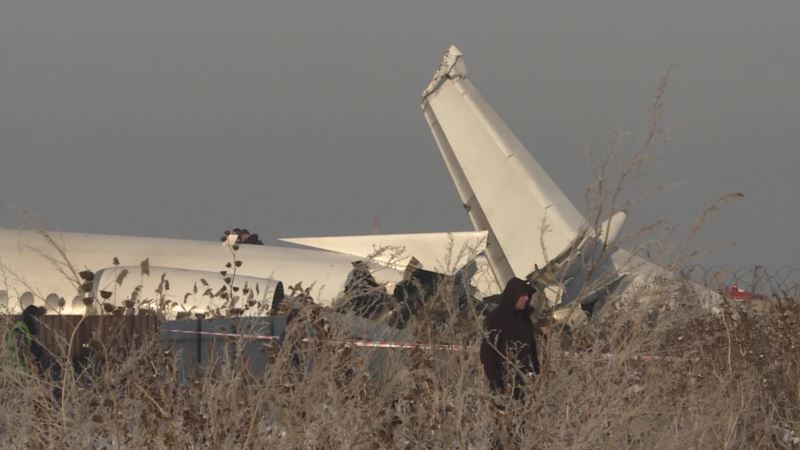 ALMATY, Kazakhstan — A top Kazakh official says authorities initially are looking at a possible “technical malfunction” or pilot error in the crash of a Bek Air plane that killed 12 of the 98 passengers and crew aboard early on December 27.

Roman Sklyar, a deputy prime minister, said a special government commission was being sent to the site to carry out an investigation into the accident, which occurred as the Fokker 100 plane attempted to take off from the Almaty airport en route to the capital, Nur-Sultan.

He cautioned, though, that the investigation was in the early stages and no cause had yet been pinpointed.

Sklyar said eight people died at the scene, while two died at the airport and two others at the hospital. The pilot was killed in the crash.

Sklyar added that 49 people were hospitalized, 18 in serious condition.

Kazakhstan on December 28 observed a day of mourning to honor the victims of the crash.

According to the Ministry of Industry and Infrastructure Development, the plane was unable to get to a significant height and crashed into a two-story building.

Four foreigners were aboard the plane, officials said — two from Ukraine and one each from China and Kyrgyzstan. They all survived, Kazakh authorities said.

Bek Air, which operates a fleet of Fokker 100 planes, said it has canceled some 100 flights from December 27-31 as the investigation into the cause of the craft proceeds.

With reporting by dpa