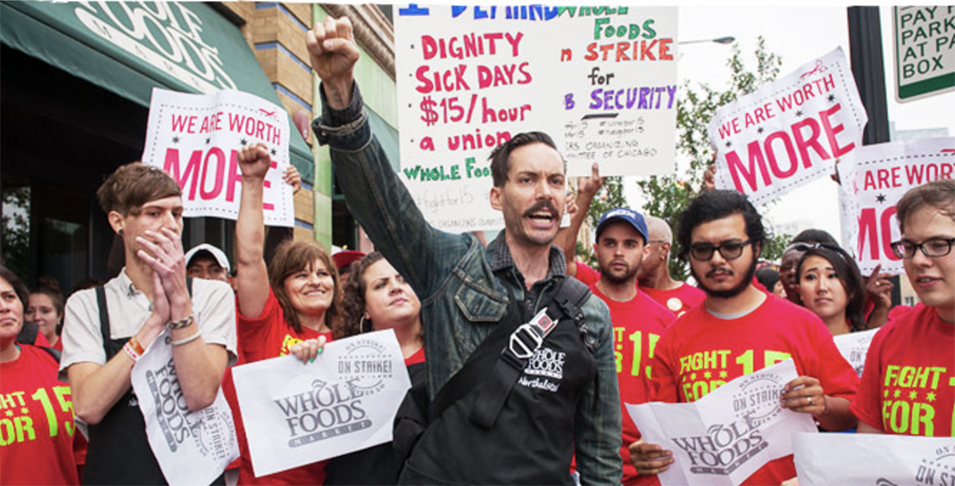 Consider Boeing, whose board just fired its CEO, Dennis Muilenburg, in order “to restore confidence in the company moving forward as it works to repair relationships with regulators, customers, and all other stakeholders”.

Restore confidence? Muilenburg’s successor will be David Calhoun, who, as a longstanding member of Boeing’s board of directors, allowed Muilenburg to remain CEO for more than a year after the first 737 Max crash and after internal studies found that the jetliner posed an unacceptable risk of accident. It caused the deaths of 346 people.

Boeing isn’t the only large corporation with a confidence problem.

Until his ouster, Muilenburg was a director of the Business Roundtable, an association of 192 CEOs of America’s largest corporations. With great fanfare last August, it announced a “fundamental commitment to all of our stakeholders” (emphasis in the original) and not just their shareholders.

The Roundtable’s commitment came in response to growing public distrust of big corporations, and proposals from several Democratic candidates to rein them in.

Another Business Roundtable director is Mary Barra, CEO of General Motors. Just weeks after making the commitment, and despite GM’s hefty profits and large tax breaks, Barra rejected workers’ demands that GM raise their wages and stop outsourcing their jobs. Earlier in the year GM shut its giant assembly plant in Lordstown, Ohio.

About 50,000 GM workers then staged the longest auto strike in 50 years. They won a few wage gains but didn’t save any jobs. Meanwhile, GM’s stock has performed so well that Barra earned $22m last year.

Jeff Bezos, CEO of Amazon, is another member of the Business Roundtable. Just weeks after he made the commitment to all his stakeholders, Whole Foods, an Amazon subsidiary, announced it would be cutting medical benefits for its entire part-time workforce.

The annual saving to Amazon from this cost-cutting move is roughly what Bezos – whose net worth is $110bn – makes in two hours. (Bezos’s nearly completed DC mansion will have 2 elevators, 25 bathrooms, 11 bedrooms, and a movie theater.)

GE’s CEO Larry Culp is also a member of the Business Roundtable. Two months after he made the commitment to all his stakeholders, General Electric froze the pensions of 20,000 workers in order to cut costs. Culp raked in $15m last year.

Last week the Business Roundtable issued a widely advertised Christmas message. It asserted that the success of the American economy “depends on businesses investing in the economic security of their employees and the communities in which they operate”.

Sure. Just in time for the holidays, US Steel announced 1,545 layoffs at two plants in Michigan. Last year, five US Steel executives received an average compensation package of $4.8m, a 53% increase over 2017.

Instead of a holiday bonus this year, Walmart offered its employees a 15% store discount. Oh, and did I say? Walmart saved $2.2bn this year from the Trump tax cut.

The tax cut itself was a product of the Roundtable’s extensive lobbying, lubricated by its generous campaign donations. Several of its member corporations, including Amazon and General Motors, wound up paying no federal income taxes at all last year.

Not incidentally, the tax cut will result in less federal money for services on which Americans and their communities rely.

The truth is, American corporations are sacrificing workers and communities as never before, in order to further boost record profits and unprecedented CEO pay.

Americans know this. In the most recent Pew survey, a record 73% of US adults (including 62% of Republicans, and 71% of Republicans earning less than $30,000 a year) said they believed major corporations had too much power. And 65% believed they made too much profit.

The only way to make corporations socially responsible is through laws requiring them to be – for example, giving workers a bigger voice in corporate decision-making, making corporations pay severance to communities they abandon, raising corporate taxes, busting up monopolies, and preventing dangerous products (including faulty airplanes) from ever seeing the light of day.

If the Business Roundtable and other corporations were truly socially responsible, they’d support such laws. Don’t hold your breath.

The only way to get such laws enacted is by reducing corporate power and getting big money out of politics.

The first step is to see corporate social responsibility for the con it is.