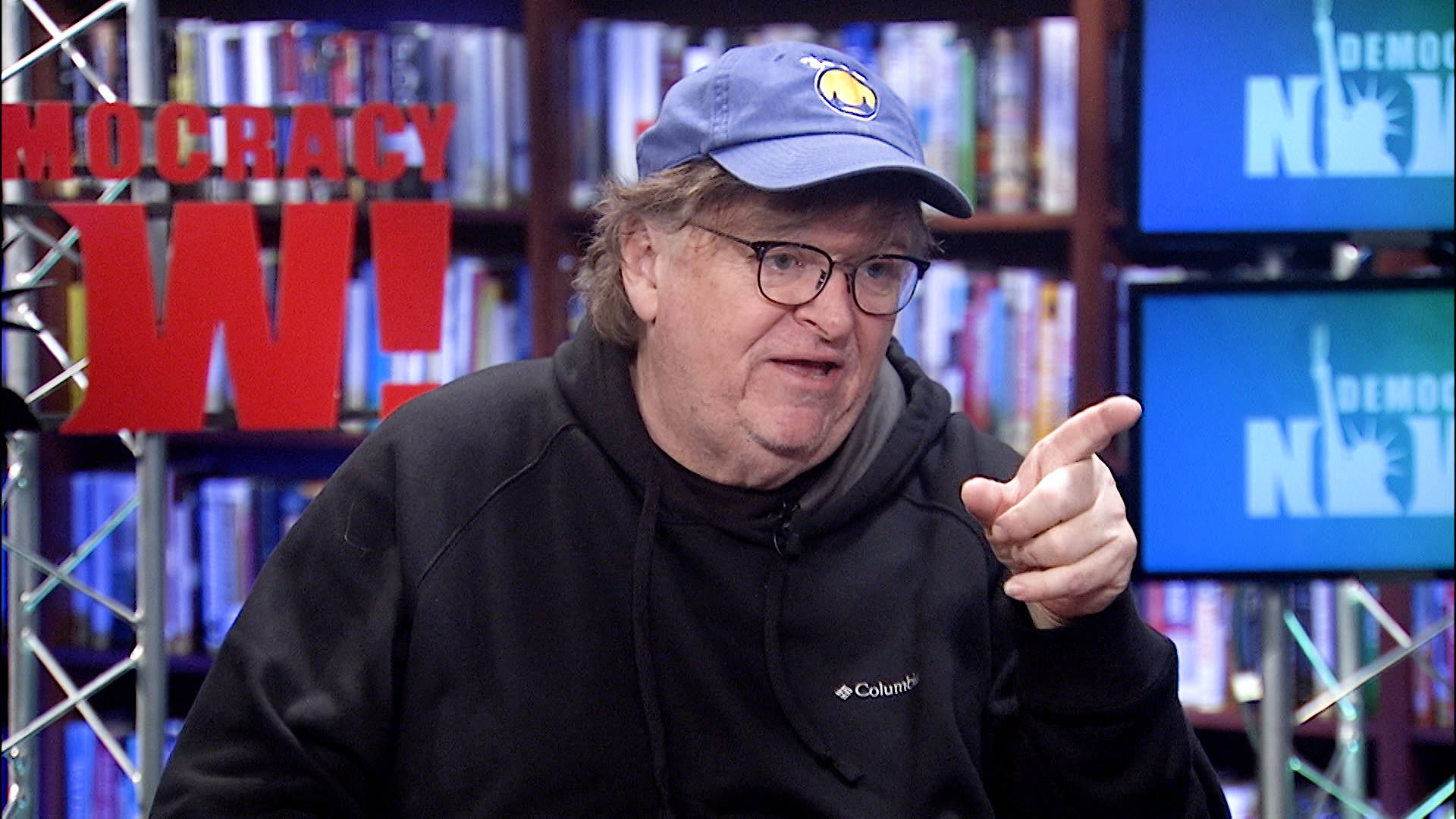 Last week on Democracy Now!, acclaimed filmmaker Michael Moore predicted Donald Trump would win-re-election if Democrats don’t choose a candidate to run against him who excites their base of voters. His comments prompted President Donald Trump to respond on Twitter, “He made [the] same prediction in 2016. Nobody ever said Michael was stupid!” But Moore’s comments went further than Trump’s tweet alluded to. He said the working class in the United States is mostly women, people of color and young people — all groups who tend to vote Democratic. Moore, who supports Bernie Sanders, said Democrats can win if they focus on these voters and on bold proposals like Medicare for All.