In August, we spent an evening hand-addressing more than 200 letters, mostly to residents of Memphis, Tennessee. The city is the second-poorest large metropolitan area in the country, with nearly 1 in 4 residents living below the poverty line. About half of the letter recipients had been sued by a private-equity backed doctors group because of unpaid medical bills. The other half had been sued by a separate company.

Our team, led by reporter Wendi C. Thomas of MLK50: Justice Through Journalism, was investigating the way large institutions profit off people who are poor in Memphis. She had already reported that Methodist Le Bonheur Healthcare, the area’s largest hospital system, had aggressively sued poor people — and the hospital quickly suspended the practice.

Several other companies also were filing lawsuits against people unable to pay their bills. Court records showed us who these people were, but we didn’t know what these debts meant for their lives. We knew letter-writing alone wouldn’t be enough to connect with people, but it was a start.

After we put our letters in the mail, we continued to try to reach people who had been sued by posting flyers in neighborhoods, making dozens of calls (and getting hung up on plenty of times) and speaking to community leaders.

It worked. Even before our story on the doctors group was published with MLK50, the company said it, too, would stop suing its patients.

These successes were driven, at least in some measure, by people — dozens of them — who shared their stories with us and brought us evidence that helped us document the aggressive debt collection practices of these companies. Wendi found sources for the first story in the investigation by spending a lot of time in court. But when she started reporting on the doctors group, she learned that the cases weren’t being handled in court as often, so she didn’t have as many opportunities to interact with defendants in person. Our team decided to try something new.

We’re sharing evidence that building trust can lead to journalism that changes lives. We hope that journalists and communities everywhere can use what we’ve learned and create stronger, more representative journalism. 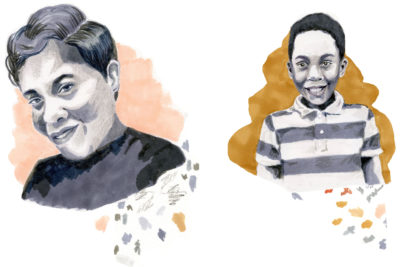 We’ll be holding a community event in Memphis in 2020 to connect with people affected by debt who can help inform our future reporting.

We’re lucky enough to spend a second year working in Memphis with MLK50. If you’re a local journalist, you are lucky enough to be a consistent presence in your community who can regularly try some of these strategies.

Until more people work to build trust in communities that journalists typically think are hard to reach, we will continue to only hear from the loudest voices — and not necessarily the most representative voices. If you want more resources, check out these tips from two journalists on covering poverty and this toolkit built by the University of Georgia’s Grady College of Journalism and Mass Communication, with advice from journalists and journalism educators nationally.

This gap will only close if more people across a range of communities have positive experiences engaging with reporters.

Hi Memphians: Can we come to your neighborhood? Let us know if you’re interested in hosting our MLK50-ProPublica team for an event in your community sometime in 2020. You can reach out to us anytime at memphis@propublica.org.