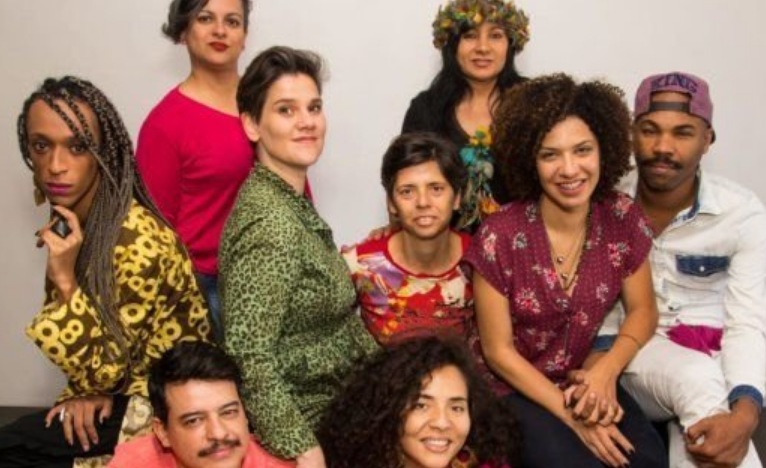 In Brazil, the world’s fourth largest democracy, 85% of Congress members are men and 76% are white, leaving women and people of colour drastically underrepresented. The average declared wealth of a congressperson is R$3.6 million (US$880,000), with 49.7% owning over R$1 million (US$240,000), which places them in the top 0.1% of the population while 27% live in poverty.

Similar levels of political inequalities are found in many other countries, and this does not happen by chance. The way our political systems are built and operate today is one that reproduces and reinforces structural injustices and imbalances – and this is largely due to the way elections work, based on rules and dynamics that favour candidates from privileged backgrounds.

This is the focus of “Whose Democracy? A study on inequalities and elections in Brazil”, that has just been published by Instituto Update and was developed with the support of the London School of Economics and Political Science and the Atlantic Institute (available here in Portuguese only). Based on extensive literature review and in-depth interviews, the report explores what are the most relevant inequality-related factors that make it difficult or impossible for women, black people and low-income people to run for legislature and get elected in the country, and points to seven main dimensions of the development of candidatures in which inequalities significantly affect electoral prospects.

Although the study deals with the reality of Brazil, the findings have parallels with many contemporary democracies and can serve as a reference for efforts to deal with the issue of political inequalities in other countries. A summary of the seven dimensions identified is presented below, together with possible ways to overcome the barriers they pose:

Access to strategic support networks: Inequalities in campaign funding are a defining element of Brazil’s (and many other countries’) electoral landscape, and a root cause is the lack of access by women, black and especially low-income candidates to wealthy people willing to support their campaigns. This can be compensated with access to skilled or influential people who make up for the lack of funding with volunteer work and other forms of support, but that is also a challenge for most candidates from disadvantaged groups. Civil society organizations and movements dedicated to helping to elect candidates aligned with their values, ideas and objectives can play an important role in bridging this access gap – a role that should also be played by parties.

Time availability: The inability to properly engage in partisan activities or dedicate oneself to an electoral campaign due to lack of time is a key barrier – especially for women, who bear most of the burden of reproductive work, and for people who cannot afford to leave their jobs to run a campaign. Parties can mitigate this problem by ensuring activities are scheduled in suitable times and places for the most disadvantaged, and by offering support services such as childcare and transport. Support can also come from civil society organizations and movements, campaign volunteers or fellow party affiliates, not only at the individual level but also through the establishment of solidarity networks.

Party support: Party support is extremely limited to candidates who are not wealthy, have never been elected before, or are not championed by highly influential people. Widespread lack of resources, structure and adequate management in parties makes matters worse. Interviewees indicated the most important types of support from parties as being financial support, media space, and legal and accountancy counselling. Some also highlighted the need for capacity-building on electoral campaigning, management structures that are more responsive, and general encouragement and political support for candidates from disadvantaged groups. Party leaders are the ones best positioned to act upon this challenge, but they will hardly do it spontaneously – action requires pressure from civil society players or regulators who push parties to become more democratic, and organized efforts by concerned party affiliates and candidates willing to drive change internally.

Risk of violence, hostility and discrimination: Brazil’s political system is hostile in many ways, with its most striking feature being the death of dozens of candidates and elected politicians in recent years. Episodes of moral and sexual harassment, as well as threats and fear of physical violence, are common traits of the political landscape and a major barrier to those contemplating the idea of running for something – shaping a general perception that people from disadvantaged groups do not belong in politics. Parties must implement strict policies to combat this type of attitude, and also put in place measures to support and protect victims. Candidates, campaign volunteers and civil society organizations and movements must be aware of this type of risks and adopt preventive measures. As for regulators, better efforts to understand the problem in detail and properly address it are urgent.

As in any other fight against structural inequalities, change will require building and sustaining strong collective action by a diverse group of actors.
Bureaucratic complexity: The level of complexity of Brazil’s electoral rules is high, and candidates struggle especially with legal and accountancy issues. Bureaucracy ends up becoming an important barrier to those who cannot afford to hire specialized lawyers and accountants. The most effective way to close this gap is by offering capacity-building to candidates, and providing the support of lawyers and accountants to those who cannot afford them. Two types of actors are particularly well-positioned to do so: political parties (who should see it as a basic duty) and civil society organizations and movements. It is also possible for groups of candidates to join efforts to learn together and share the costs of hiring services.

Absence of affirmative action policies: While electoral rules apply equally to all candidates, the conditions that precede and shape different candidatures are highly unequal. However, affirmative action policies targeted at opening space for disadvantaged groups are virtually nonexistent, except for a flawed system of quotas for women’s candidatures. The measure indicated as most efficient to promote systemic change would be to set quotas not only for candidatures, but for seats – and not only for women, but for other disadvantaged groups as well. Affirmative action policies can also help ensure adequate access to material and immaterial campaigning resources. Change must happen not only in electoral rules, but also in the internal functioning of parties, which entails coordinated efforts by party affiliates to increase the presence and strength of disadvantaged groups within party structures. Voters and civil society organizations and movements can help open space for change through public pressure, while regulators are responsible not only for drafting new affirmative action rules but also for ensuring the existing rules are being followed.

Agenda-setting around political inequalities: The level of attention given to political inequalities in the public agenda is still low in Brazil, as in many other countries. Women are the ones who have made most progress in this regard, reaching a point where it has become difficult for the political establishment to stay away from debates about their space in politics, but much more must be done. At the same time, debates around the race and class of candidates are still marginal and very often absent. Conscious, constant and coordinated action by concerned people to raise the issue in the agenda is needed to change this reality – party leaders and affiliates, elected politicians, candidates, and civil society organizations and movements can all contribute.

“The democracy that’s out there is not a democracy that gives everyone a chance,” as summarized by one of the people interviewed for the report. Fortunately, it is possible to identify what needs to change so that those who have no chance today may have a chance tomorrow. As in any other fight against structural inequalities, change will require building and sustaining strong collective action by a diverse group of actors – a growing number of which are aware of the problem and willing to do something about it.