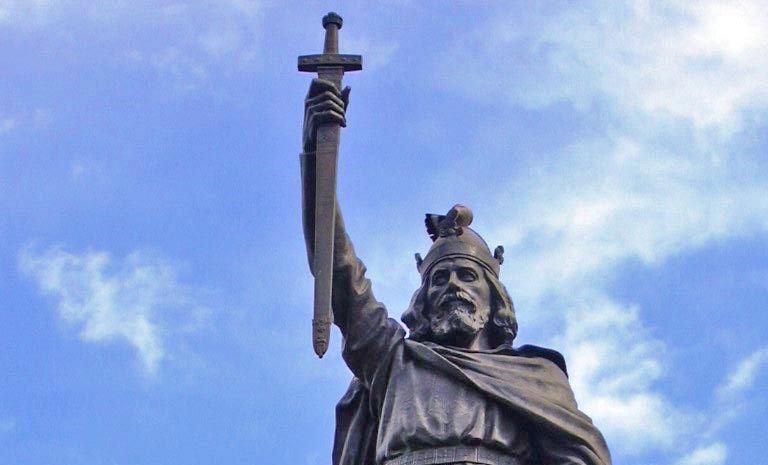 Nationalism in different shapes and forms is powerfully transforming the politics of the British Isles, a development that gathered pace over the last five years and culminated in the general election this month.

National identities and the relationship between England, Scotland and Ireland are changing more radically than at any time over the last century. It is worth looking at the British archipelago as a whole on this issue because of the closely-meshed political relationship of its constituent nations.

Some of these developments are highly visible such as the rise of the Scottish Nationalist Party (SNP) to permanent political dominance in Scotland in the three general elections since the independence referendum in 2014.

Other changes are important but little commented on, such as the enhanced national independence and political influence of the Republic of Ireland over the British Isles as a continuing member of the EU as the UK leaves. Dublin’s greater leverage when backed by the other 26 EU states was repeatedly demonstrated, often to the surprise and dismay of London, in the course of the negotiations in Brussels over the terms of the British withdrawal.

Northern Ireland saw more nationalist than unionist MPs elected in the general election for the first time since 1921. This is important because it is a further sign of the political impact of demographic change whereby Catholics/nationalists become the new majority and the Protestants/unionists the minority. The contemptuous ease with which Boris Johnson abandoned his ultra-unionist pledges to the DUP and accepted a customs border in the Irish Sea separating Northern Ireland from the rest of Britain shows how little loyalty the Conservatives feel towards the northern unionists and their distinct and abrasive brand of British nationalism.

These developments affecting four of the main national communities inhabiting the British Isles – Irish, nationalists and unionists in Northern Ireland, Scots – are easy to track. Welsh nationalism is a lesser force. Much more difficult to trace and explain is the rise of English nationalism because it is much more inchoate than these other types of nationalism, has no programme, and is directly represented by no political party – though the Conservative Party has moved in that direction.

The driving force behind Brexit was always a certain type of English nationalism which did not lose its power to persuade despite being incoherent and little understood by its critics and supporters alike. In some respects, it deployed the rhetoric of any national community seeking self-determination. The famous Brexiteer slogan “take back control” is not that different in its implications from Sinn Fein  – “Ourselves Alone” – though neither movement would relish the analogy.

The great power of the pro-Brexit movement, never really taken on board by its opponents, was to blame the very real sense of disempowerment and social grievances felt by a large part of the English population on Brussels and the EU. This may have been scapegoating on a grandiose scale, but nationalist movements the world over have targeted some foreign body abroad or national minority at home as the source of their ills. I asked one former Leave councillor – one of the few people I met who changed their mind on the issue after the referendum in 2016 – why people living in her deprived ward held the EU responsible for their poverty. Her reply cut through many more sophisticated explanations: “I suppose that it is always easier to blame Johnny Foreigner.”

This crude summary of the motives of many Leave voters has truth in it, but it is a mistake to caricature English nationalism as simply a toxic blend of xenophobia, racism, imperial nostalgia and overheated war memories. In the three years since the referendum the very act of voting for Brexit became part of many people’s national identity, a desire to break free, kicking back against an overmighty bureaucracy and repelling attempts by the beneficiaries of globalisation to reverse a democratic vote.

The political left in most countries is bad at dealing with nationalism and the pursuit of self-determination. It sees these as a diversion from identifying and attacking the real perpetrators of social and economic injustice. It views nationalists as mistakenly or malignly aiming at the wrong target – usually foreigners – and letting the domestic ones off the hook.

The desire by people to see themselves as a national community – even if many of the bonds binding them together are fictional – is one of the most powerful forces in the world. It can only be ignored at great political cost, as the Labour Party has just found out to its cost for the fifth time (two referendums and three elections). What Labour should have done was early on take over the slogan “take back control” and seek to show that they were better able to deliver this than the Conservatives or the Brexit Party. There is no compelling reason why achieving such national demands should be a monopoly of the right. But in 2016, 2017 and 2019 Labour made the same mistake of trying to wriggle around Brexit as the prime issue facing the English nation without taking a firm position, an evasion that discredited it with both Remainers and Leavers.

Curiously, the political establishment made much the same mistake as Labour in underestimating and misunderstanding the nature of English nationalism. Up to the financial crisis of 2008 globalisation had been sold as a beneficial and inevitable historic process. Nationalism was old hat and national loyalties were supposedly on the wane. To the British political class, the EU obviously enhanced the political and economic strength of its national members. As beneficiaries of the status quo, they were blind to the fact that much of the country had failed to gain from these good things and felt marginalised and forgotten.

The advocates of supra-national organisations since the mediaeval papacy have been making such arguments and have usually been perplexed why they fail to stick. They fail to understand the strength of nationalism or religion in providing a sense of communal solidarity, even if it is based on dreams and illusions, that provides a vehicle for deeply felt needs and grievances. Arguments based on simple profit and loss usually lose out against such rivals.