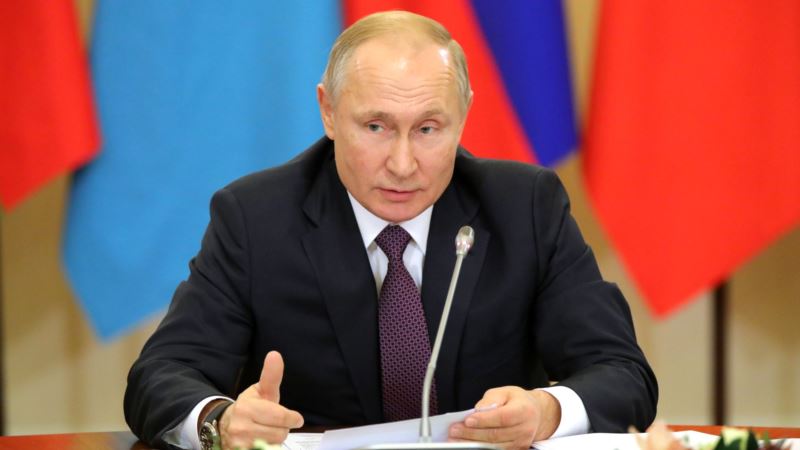 Russian President Vladimir Putin has rung in the New Year by telling the nation that they are living in tough times, but that Russians will realize their goals if they stick together.

“We live in a turbulent, dynamic, contradictory time,” he said in his annual New Year’s address. “But we can and must do everything so Russia will develop successfully, so that everything in our life changes for the better.”

Putin delivered the traditional greeting just moments before the Kremlin clock chimed to usher in 2020 in Russia’s Far East.

“Now, as we look forward with excitement to the chiming of the bells, we believe and hope that all our wishes are bound to come true,” Putin said.

“The present and future, as well as the futures of our children, depend on the efforts and contributions of each of us,” he added. “Only together will we resolve those issues faced by our society and our country today. Our unity is the foundation for achieving the highest goals.”

“For objective reasons, Russians’ living standards were either stagnating or falling. This negative trend was observed over the past three or four years,” Peskov said. “This year, we were able to reverse that trend. So far, we cannot talk about any substantial growth. Nevertheless, this trend has been reversed.”

Russians’ dissatisfaction with their economic situation was one of many reasons behind a protest movement that swept across the country in 2019 and helped lead to Putin’s lowest approval ratings in more than a decade.

Official Russian statistics from the first quarter of 2019 showed that 20.9 million of Russia’s more than 142 million citizens were living in poverty, a slight increase over the same period in 2018.

The World Bank’s economic report on Russia released in December said that economic growth in Russia picked up after a weak first-half performance in 2019, and predicted a modest decline in poverty.

The UN Human Development Index, which measures social and economic inequality in a country, ranked Russia 49th out of 189 countries in 2019.