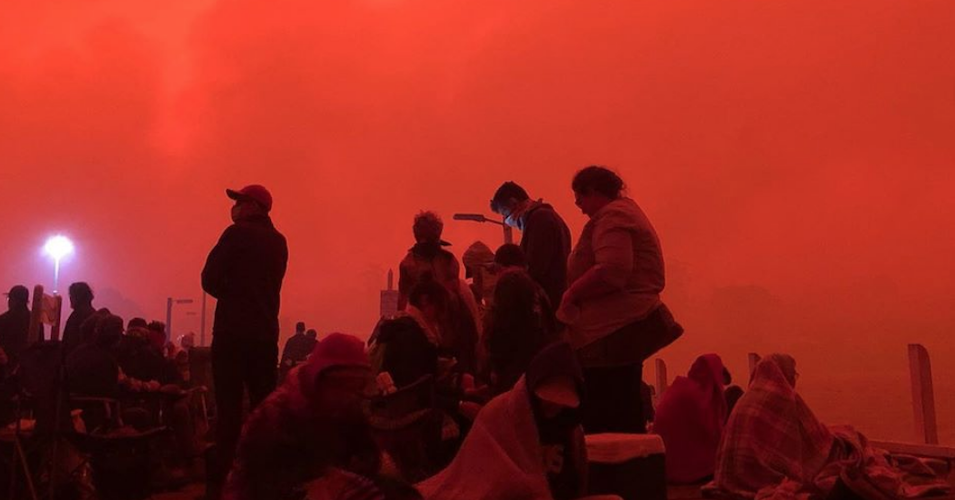 As bushfires choked out the sky, Australian Prime Minister Scott Morrison enjoyed a lavish New Year’s Eve party, complete with fireworks—earning him sharp criticism from both his constituents and from green advocates around the world.

“The arrogance of this government is beyond belief,” activist Erik Standing Bear wrote in a Facebook post. “Another firefighter has lost his life. Several people are missing but government and certain people need to have their party. Disgraceful.”

Morrison’s decision to host the party at the prime minister’s secondary residence Kirribilli House in Sydney despite the fires burning around the country and the volunteers working overtime to mitigate the damage was seen as the latest slap in the face to a weary nation and world tired of inaction on climate.

“The Sydney fireworks [are] symbolic of Australian PM Scott Morrison’s and indeed all world leaders’ reaction to the climate crisis, for decades: pretend everything’s OK while people die and the world around you burns,” tweeted author Matthew Todd on Tuesday. “We are in a planetary emergency.”

According to the New York Times, the bushfires are causing chaos around the country:

The fires have been so fierce that they have created their own weather systems and forced volunteer firefighters to work around the clock. On Monday night, a volunteer firefighter died after a phenomenon called a fire tornado—turbulence caused by extreme rising heat—in New South Wales caused a 10-ton fire truck to roll over.

As Common Dreams reported Monday, smoke from the fires blocked out the sun and forced Australians to flee to the water to escape the flames.

Photos of the fires continued to pour in across social media on Tuesday.

Sarah Hanson-Young, senator for South Australia, took to Twitter to urge the prime minister to take action against the fires and the climate crisis that has exacerbated the damage.

“Prime Minister, we are all worried, even if you’re not,” said Hanson-Young. “We know this isn’t normal. It is time to declare a National Climate Emergency.”