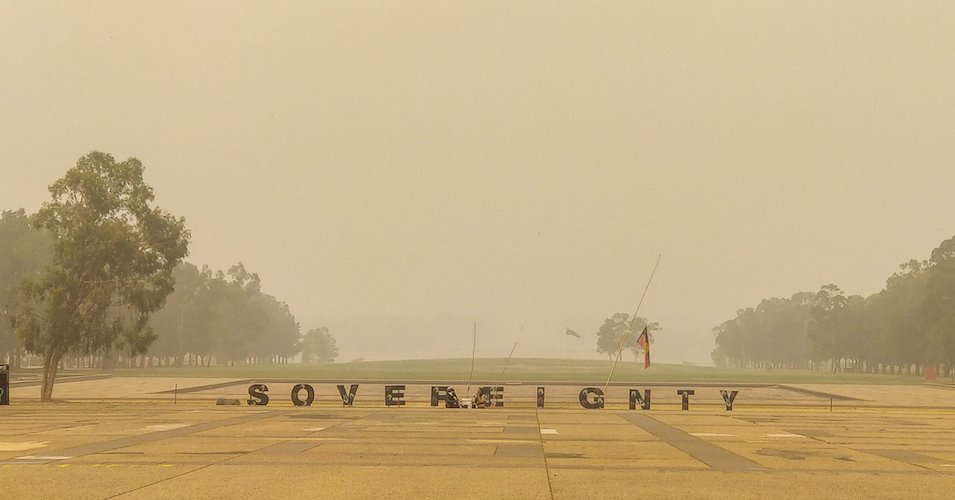 Smoke from the continuing, disastrous bushfires ringing Australia has delivered the country’s capital Canberra its worst air quality on record—a stark reminder to the government that the crisis is not ending anytime soon.

“This is an exceptional time for Canberra,” Australia’s acting chief health officer, Dr. Paul Dugdale, told the Guardian, “usually our air quality is among the best in the world.”

According to the Guardian:

Dugdale said the smoke was the worst since the 2003 bushfires and was “certainly the worst” since air quality monitoring started in the city 15 years ago.

Air quality index readings in Canberra city were at 3,463 on Wednesday afternoon, according to the ACT Health website. Ratings of more than 200 are considered hazardous. The suburb of Monash showed levels at 4,650 and Florey was at 3,508.

Bushfires in Australia have been burning for months, with no end in sight. The crisis has only gotten worse in recent weeks as the flames encircle the country.

Australia’s fire season may be the worst on record, say officials:

As Common Dreams reported on Monday, residents of the Victoria town of Mallacoota were forced to flee into the water as the fires consumed their homes.

On Wednesday, the Australian Navy mobilized to bring aid to those trapped in Victoria.

Images from Canberra on Wednesday showed a hazy, grey-yellow New Year’s sky and low visibility on the ground.

Welcome to your tour of Canberra. My name is Penelope and I’ll be your guide this evening. If you look to you right you’ll see a lovely view of the war memorial and Anzac Avenue across the glittering lake. Yes, that’s it. Look harder. pic.twitter.com/Qxw5iuj2z4

Australia’s foremost symbol of democracy has been hidden by a haze of smoke, as Canberra endures the world’s worst air quality. #7NEWS https://t.co/NqEJ64Xyl1

Happy NY! Air quality in parts of Canberra 15 times above hazardous level. The Monash air quality station had an index rating of 3314 on Wednesday morning at 8am. Anything above 200 is considered hazardous. https://t.co/HL8SwTfyVX via @canberratimes

Photojournalist Matthew Abbot, on the ground in Australia, noted the timing of the fires and the new decade in a tweet.

“My last day of the decade felt like the apocalypse,” said Abbot.

Choked-out skies were not just found in Canberra. Over 2,500 miles across the ocean, in New Zealand, residents shared photos of the smoky haze in their country.

So you all know that New Zealand is thousands of miles from Australia, right? This, taken in Queenstown, NZ, by a friend of mine at 10 in the morning – a summer’s morning remember. Those smoke clouds from the bush fires can really travel. We are all connected. pic.twitter.com/2u6tkl3DUj

Hikers on the Tasman Glacier on New Zealand’s South Island posted video of the smoke at the landmark.

“We can actually smell the burning here in Christchurch,” said one Twitter user.

Observers shared graphical representations of the scope and scale of the disaster on social media.

Guardian Australia journalist David Marr in a column Tuesday said that because the smoke from the current fires was beyond what Australia is used to in normal fire seasons, the crisis is harder to ignore.

“We’re used to a day or two in town when there’s a bit of smoke about and the light turns a horrible yellow,” wrote Marr. “That’s every summer. But this is different. Deep in cities, miles from the fire front, the smoke is so thick you can’t see to the end of the street.”

But the crisis is unlikely to move the pro-emissions position of Prime Minister Scott Morrison, a supporter of fossil fuels and extractive resources.

According to the New York Times:

As Australia has seen a surge of climate activism in recent months, Mr. Morrison has gone so far as to suggest that the government should outlaw efforts by environmental groups to pressure businesses with rallies and boycotts. Other members of Mr. Morrison’s government have answered calls for action with insults; the deputy prime minister called people who care about global warming “raving inner-city lunatics.”

Morrison’s attempts to “spin” the conversation around the bushfires away from the climate crisis, wrote the Guardian‘s Lenore Taylor, won’t work in the face of the current disaster.

“Yes, we’ve always had fires, but not like this, and everyone knows it, no matter how diligently some news organizations compile lists of blazes from the past,” Taylor wrote. “And we also know why the prime minister would seek to present this catastrophe as bad, but also somehow as situation normal.”