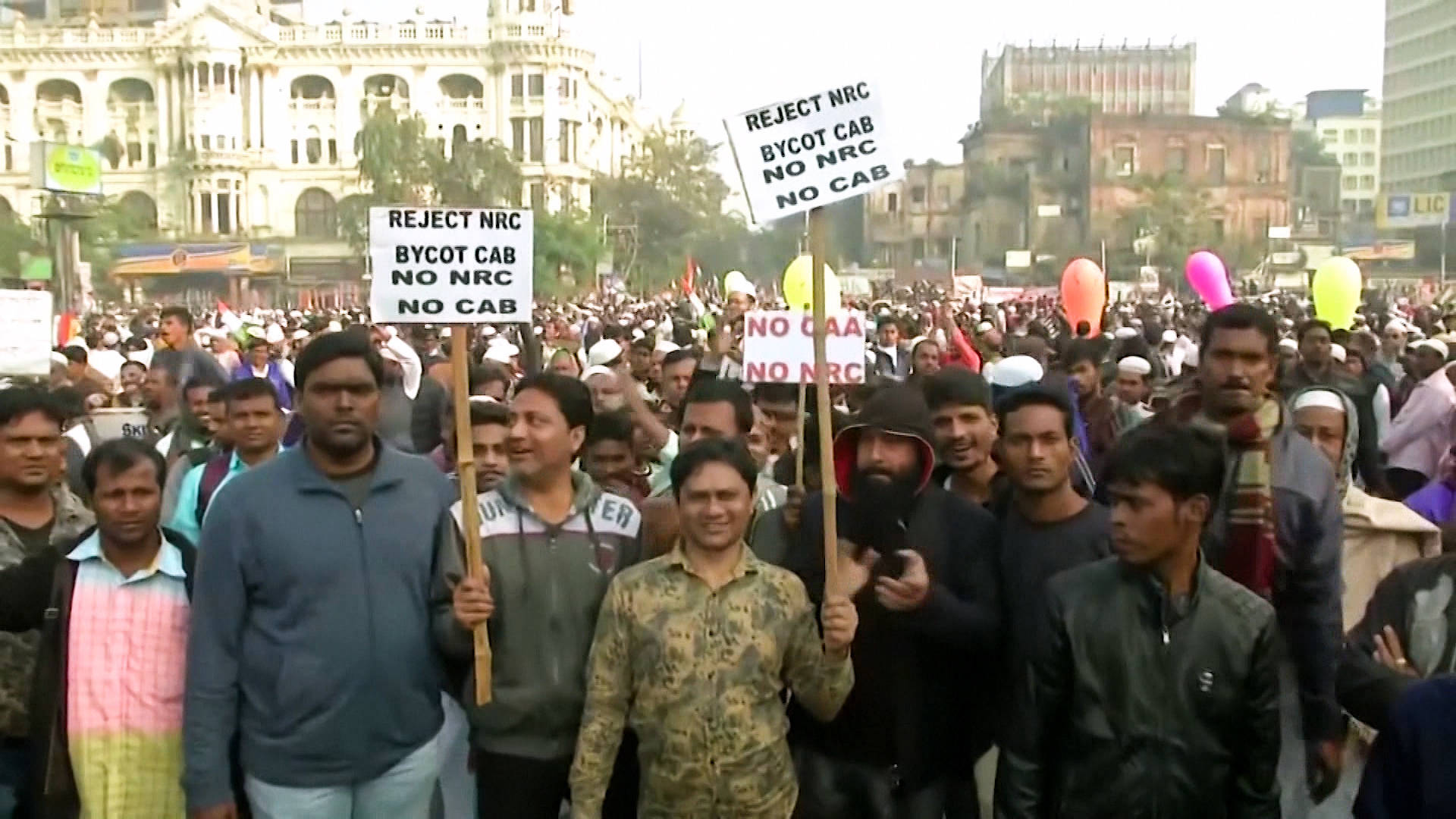 In India, the death toll amid the government’s crackdown on widespread protests has risen to at least 27 people, and over 1,000 more have been arrested. The protests are against a controversial new citizenship law, which provides a path to Indian citizenship for undocumented immigrants from Afghanistan, Bangladesh and Pakistan — unless they are Muslim. Opponents of the law say it’s a step toward the official marginalization of India’s 200 million Muslims. Paramilitary and police forces were deployed in response to the demonstrations in Muslim-majority districts in Uttar Pradesh and New Delhi, and the internet was shut down. We go to Mumbai for an update from Rana Ayyub, global opinions writer for The Washington Post, where her latest piece is headlined “India’s protests could be a tipping point against authoritarianism.”