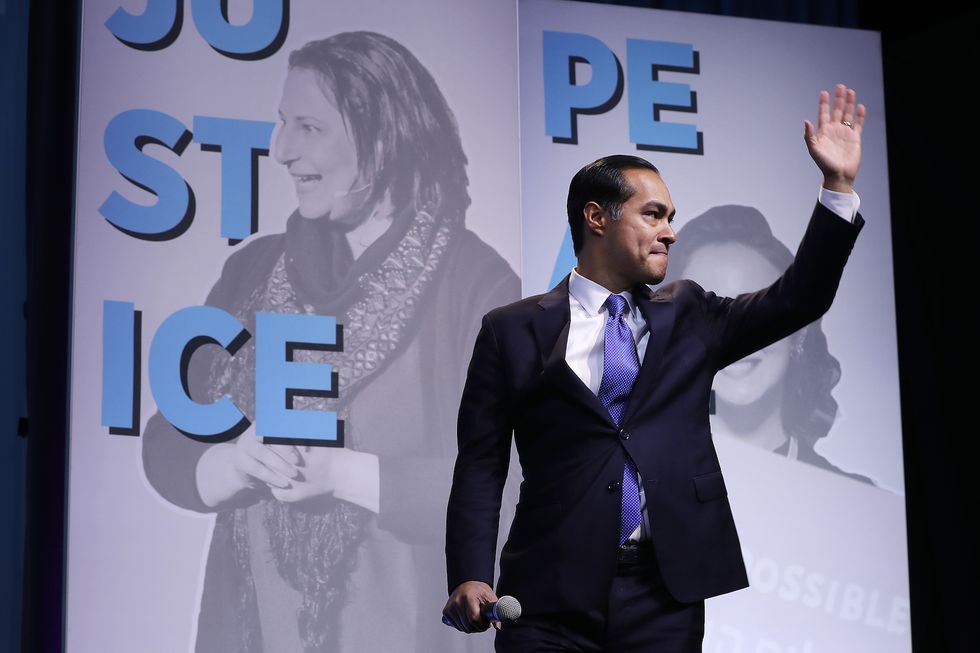 Julian Castro announced on Thursday that he was suspending his campaign for the Democratic nomination for president of the United States. This means that there is no longer a Latino presence in the field. This means that there is no longer a Latino presence in a field that still includes two no-hope white millionaires and a crackpot who thinks you can vibe away your cancer. This also means that there will be no candidate on stage at subsequent debates who reads out the names of the victims of police violence, who points out that police violence is gun violence, and who talks as much about poverty as he or she does about the embattled middle class. All of this should make the Democratic Party wonder about how it chooses its candidates, and it should make the country in general melancholy about the state of affairs as the election season begins.

p class=”body-text”>Castro should have been viable all the way to the convention. (This is also true of Jay Inslee and Kamala Harris.) But the merciless criteria of polls and money worked against all three of them. Their ideas will now get atomized and spread out among the remaining candidates, but that process will be obscured by an implacable, faceless wall of spreadsheets. This is the way we do politics in this country now, thanks in large part to a Supreme Court that has managed to find room in the Constitution for both luxurious ratfcking and outright influence peddling.

His was a righteous voice in this campaign for people whose voices are truly silent.

But, in the words of Hyman Roth, this is the business they all have chosen. They knew the lay of the land when they launched their campaigns. Nobody fooled anyone. And the reason that Castro, Inslee, and Harris all have left the contest is not entirely down to numbers. All three still have valuable contributions to make to the politics of the country, and political futures, of one kind or another, to maintain. Marianne Williamson is running a marketing operation, so it doesn’t matter how much of her dough she wants to sink into her battle for victory on the Field of Love. And the politics of the country needs Julian Castro to be as involved as he wants to be.

His was a righteous voice in this campaign for people whose voices are truly silent. We hear a lot about how the middle class feels that politics is deaf to their concerns. But we know what the boys in the diner think. Castro campaigned in soup kitchens, and in homeless shelters, and in small urban gardens, where the truly voiceless try to get from sunrise to sunset holding desperation at bay with a charity toothbrush and growing their own vegetables. He campaigned for the minority citizen whose guts clench when they see the red flashing lights of the squad car behind them on a dark road late at night, and for the teenager who has to worry about how fast he takes his hands out of his pockets. He spoke their names on the national stage—Philando Castile, Michael Brown, Laquon McDonald, Sandra Bland, and the others—like a sad litany out of a cathedral history. He dared us to say the names, too.

In December, two cases arising from the existence of a “black site” run by the Chicago Police Department came to light. A man named Demond Watson was released from prison and a man named Armond Day sued the CPD. Both claimed they were tortured into confessing to crimes they did not commit. (Day allegedly was chained to a wall and repeatedly slammed against it.) This is what Julian Castro was talking about. Criminal justice reform, Julian Castro said, must also include justice for the victims of the criminals in uniform. This was a brave thing to say. It is still a brave thing to say, and somebody who’s still in the race should say it, plainly and without equivocation. Somebody who’s still in the race should say it as bravely as Julian Castro did.